Good Morning. It's Wednesday 20th October, and here are the latest headlines from Elland Road...


Is Leeds small squad a problem

Leeds showed last term that when they have a fit squad, and everyone is firing on all cylinders, they are a formidable source; but with players dropping like flies, and the rest of the squad struggling for form, Bielsa's options are very limited. The Whites have already utilised 22 players this season, one less than they used for the entire 20-21 campaign. According to Phil Hay, these are unprecedented times for the Whites...

Bielsa’s small squad worked for him for so long because, at the furthest reaches of it, form was consistently intact. He could swap players with minimal ill effect and without the impression that anyone was sorely missed. Phillips was the exception but even with him in and out from time to time, Leeds were play-off semi-finalists in season one, Championship winners in season two and ninth in the Premier League in season three.

It is wrong to say that Bielsa’s policy on numbers has been a mistake — 36 months of results show otherwise — but this is the first time he has hit the perfect storm of injuries compounding a concerted loss of form (which is not limited to Tyler Roberts or Rodrigo, whose displays have attracted most criticism). The remarkable reliability of performances was what always stopped injuries biting so hard.

In the Premier League last season, it was more difficult for Bielsa to avoid enforced rotation. As hard as he pushed his players in the Championship, he was able to name an unchanged line-up in 17 games in both second-tier campaigns — Leeds were injury-free infrequently but there was a good level of resilience under the pressure of the 46-game schedule and Bielsa’s training routine.

The Premier League has been more taxing. Bielsa’s team was unchanged 10 times last season — roughly one in four, even though he used the fewest number of players in the league (just 23 across the campaign). He has not been able to name an unchanged line-up at all this season and already, he has been forced to call on 22 players. COVID-19 is interfering but Leeds look more like they should at the end of a season than at the start of it. This is, after all, a group that finished the 2020-21 season as if they wanted it to continue forever.

Early statistics for the season show that Leeds shot stopper Illan Meslier is leading the Premiership for most saves made this season. On average, the 21yo Frenchman makes 3.9 saves per game, 0.5 more than any other keeper. His home form is particularly good, it jumps up to 4.3; 2.8 of the saves made from inside his penalty area!

Equally, Meslier's defence are not too shoddy either. Their collective contribution puts them in the top three.

So, where do Leeds let themselves down? Only Newcastle and Norwich have a leakier defence! Leeds worse discipline was clearances. Only Manchester City performed let clearances than Leeds, but much of that has to do with the way they play. Whilst Guardiola has a Billion pound squad that can play themselves out of trouble, Leeds do not, especially when confidence is low, and you're not playing to capacity. Are there times you'd like to see our defence hoof the ball into no man's land?

After a dominant start to his Premiership career, much was expected from Patrick Bamford this season. The 28yo played an instrumental part in achieving a top half finish in Leeds return to the top flight after 16 years. Unfortunately, he has not received the same amount of service as last term, and his recent injury has not helped matters.

Leeds netted 62 times last season, with Bamford contributing 17. So far this season, Leeds have scored 7, and are on course to record 35 come May. Whilst we don't know the extent of Bamford's injury, are we going to be overly reliant on Raphinha coming up with the goods or would you expect Bamford to net at least 15 by the end of the season? 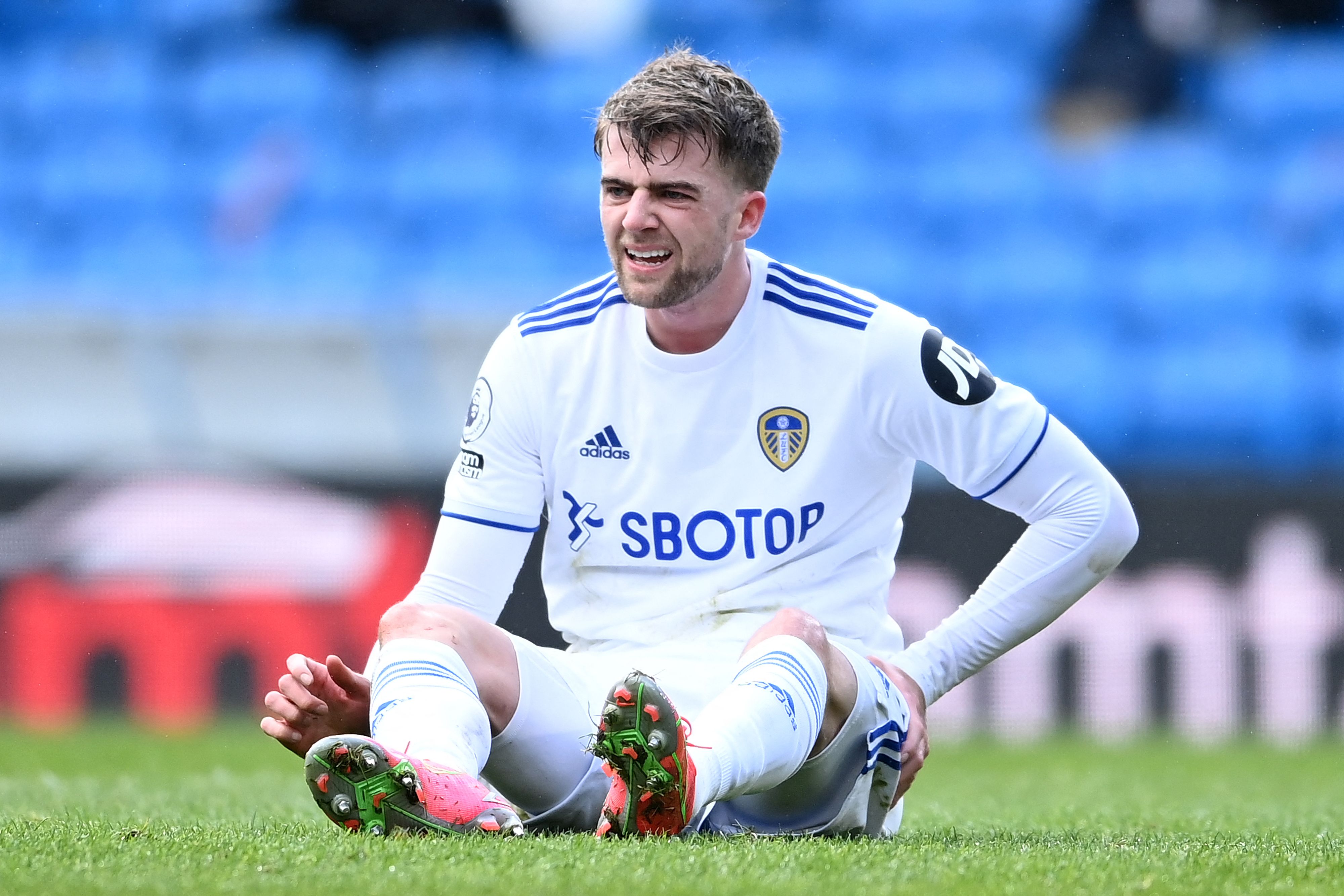 Yes the squad is way too small as well as lacking quality. In this league, it just aint going to cut it.

For sure VT I do get the feeling that for all his excellent coaching skills his managerial skills may well come to cost Leeds big time. All we hear about is evolution...mmm.

The size of the squad is now becoming the handicap I thought we may overcome with new quality . This is compounded by the fact that Bielsa sticks to his 18 which mostly puts a block on young talent.
With so many players in the 18 now past their sell by date, we have a big problem. With Paddy out the side you would have thought Gelhardt would have had at least a couple of starts but the manager persists with Rodrigo because he’s one of the 18.
I really hope the club is not relying on Bamford’s return to change our fortunes. He played way above his limit last year IMO so to do so against will be a minor miracle. I hope I eat humble pie on this but my spoon is in the drawer.