Good Morning. It's Monday 8th November, and here are the latest headlines from Elland Road...

Leeds were left ruing missed opportunities against a below par Leicester City at Elland Road yesterday afternoon. They dominated large parts of the game, but either fluffed their lines in the final third or were thwarted by former White Casper Schmeichel.

Bielsa's men could have gone ahead early on. Llorente's long range diagonal ball found Harrison deep on the left. He unleashed a fierce strike on the edge of the area which Schmeichel did well to get his fingertips to. The Danish International shot stopper was on hand again from the resulting corner, diving smartly to his left to deny Kalvin Phillips header.

Leeds deservedly look the lead on 26 minutes. Raphinha's inswinging free kick from the edge of the area deceived everyone, to the delight of 36,000 screaming Leeds fans. (He was booked for taking his shirt off showing a t-shirt paying homage for singer Marília Dias Mendonça, a Brazilian singer who was killed in a plane accident a few days ago). For all their dominance (statistical wise), they were only able to keep their slender lead for a matter of seconds, as Harvey Barnes rocket gave Meslier no chance.

Leeds should have taken the lead five minutes into the second half, but Harrison blazed over from point blank range. The visitors thought they had, twenty minutes later. Cooper inexplicably let the ball go out for a corner from which Lookman duly converted. Fortunately for the Whites, VAR came to their rescue.

Although the draw lifts Leeds to 15th in the table, three points from the drop zone, they are a long way from safety. They were fortunate not to be punished for glaring defensive errors, but at the end of the day, had more than earned their point against Brendan Rodgers team.

Leeds are quickly becoming the draw specialists which is slightly unusual for them. They have already drawn as many games as they did last season (5). Similarly, since the 16/17 season, they only averaged nine draws each season in the Championship!

Forshaw turns on the class

Adam Forshaw showed Leeds fans what we have been missing out on for the last few years as the 30yo put on a master class performance for the Elland Road faithful at the weekend. As frustrating it has been with the set backs he has had to ensure, it was great to see him not just play for 90 minutes (substituted for Cresswell in injury time) but to have such an influence on the game.

He has a lot to prove, but lots to give, with some fans even naming the Liverpudlian as their man of the match. If Forshaw can keep his fitness levels up, how important will he be this season? 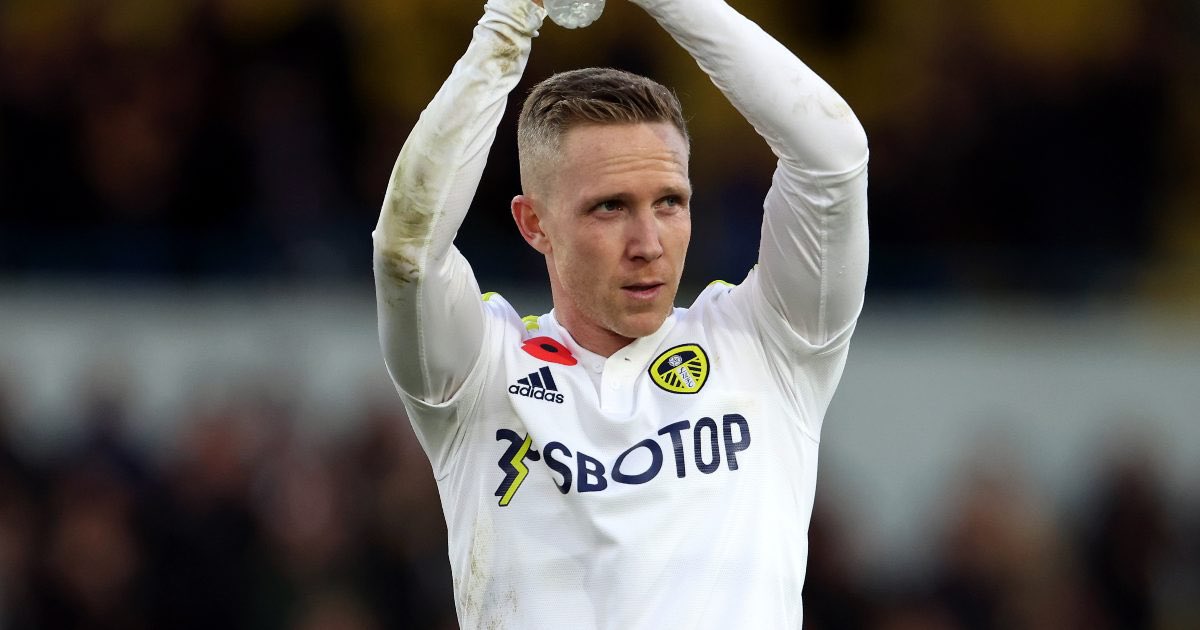 Cherris boss Scott Parker has labelled Leif Davis 'an animal' after his dominant performance for Bournemouth at the weekend...

I was pleased for him. He’s had to wait for his opportunity. He’s struggled since coming in for many reasons. He’s had injury and illness so it’s been a bit of a stuttering start. “He’s also a young player and he’s not got vast experience in the arena so we’ve had to work and help him through that. “What pleased me the most is that he started slowly in that sense today, then he just grew into the game. He was an animal really and got an assist, so I was pleased for him.

Quite a small amount on that show

I love watching us play, warts and all, as long as we play to our ability. Yesterday’s game was as good as I have seen all year.

Not much luck in the final, being a Leeds fan he'd be used to that.