Rodgers speaks about his admiration for Bielsa


Good Morning. It's Tuesday 9th November, and here are the latest headlines from Elland Road...


Rodgers speaks about his admiration for Bielsa

It has a real numbing effect on me, not qualifying for the Champions League. I spent a couple of hours with him and it was a breath of fresh air. He’s a great man. "He arranged to come in, take a look at our facilities and speak about football. It felt good. I came out of the conversation having lost the day before and before I went on holiday it was really great to chat to him. I had a great morning with him.

I’ve followed his career from the days he was in Argentina. I’ve seen lots of sessions of his. He has an unswerving commitment as to how he wants to play. That takes a lot of courage in this game at times. You’ll have heard it yourselves, that they are too open. But his commitment, he has an inherent belief in it. But he has values as a person. When you speak and listen to him — he’s had a fantastic career. He’s hugely influential in his methods. You see his enthusiasm. He loves football and that really shines through. 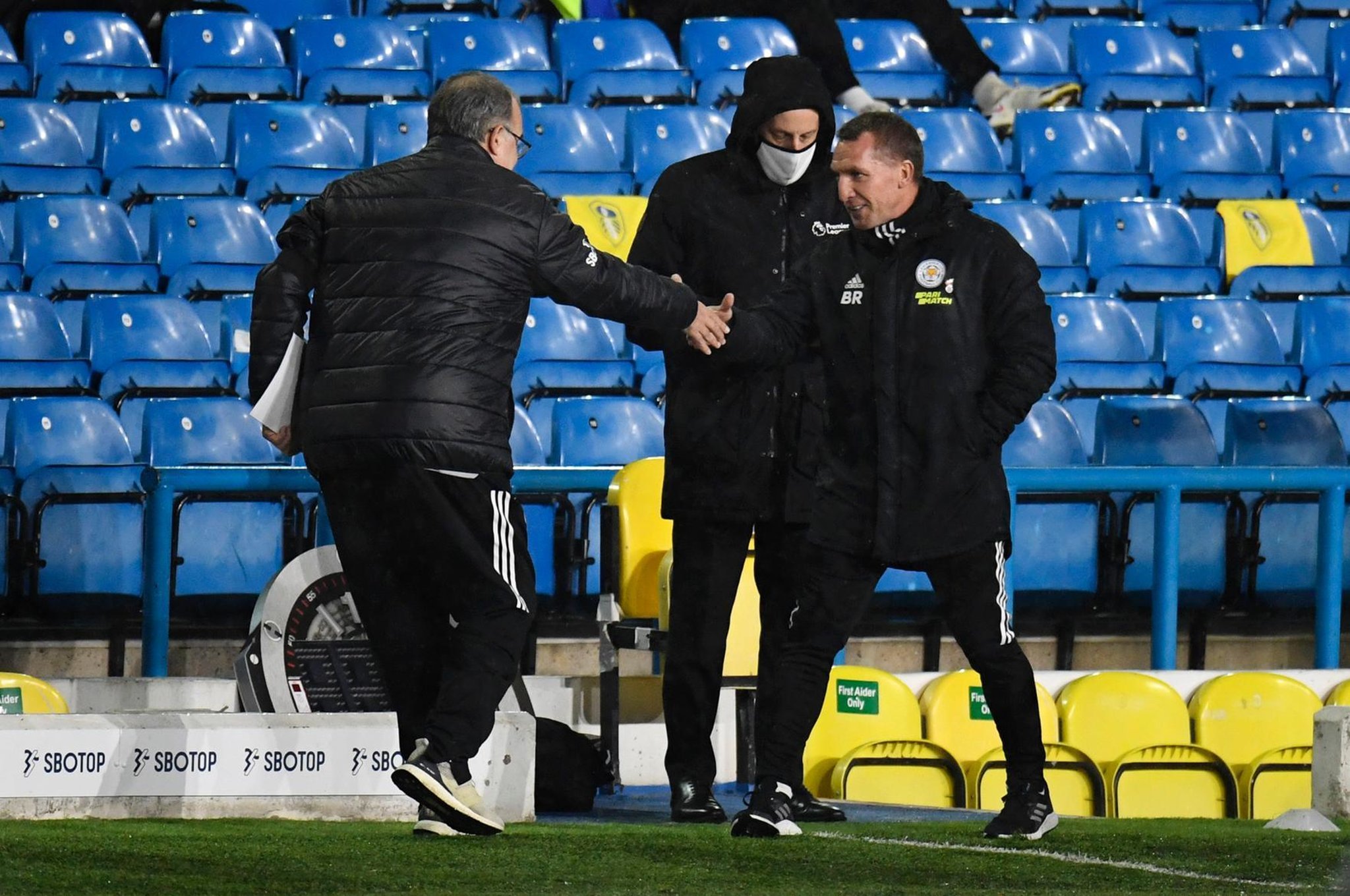 It was very intense - Struijk

With Firpo, Shackleton and Ayling all sidelined for the visit of Leicester City last weekend, Pascal Struijk was asked to play in the unfamiliar role of left back, switching Stuart Dallas to the slightly more familiar role at right wing back. Although the former Ajax youngster had filled in at left back for the U23's, the Premier League is a totally different kettle of fish as the 22yo recounts...

It's very intense. I had to go very high up the pitch and get back quickly. I had to get used to that, so at times I was a bit sloppy. I think I did alright. I did play a couple of times for the Under-23s there but it's nothing compared to this level [in the Premier League] "I'm happy to get minutes in. I think I would do things better in the game if the opportunities came again.

I think we deserved a bit more. We created so many chances. They did as well but I think we were dominant. To concede however many seconds after we scored was a bit unlucky. We've been getting our old form back. We haven't been picking up the wins but the football is getting better along with the effort the team is putting in. 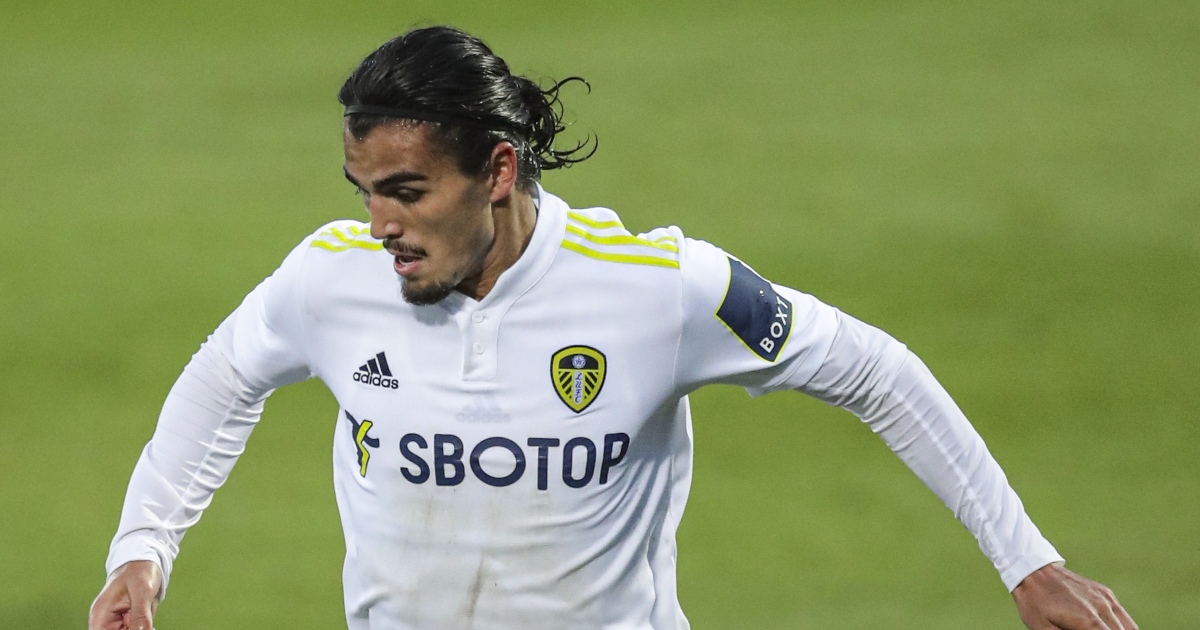 Leeds are set to award a trial to Belfast School boy Cormac Austin. The news comes after it was announced in assembly at St Mary’s Christian Brothers’ Grammar School that the 15 year old could follow in the footsteps of Charlie Allen who penned a deal with Mark Jackson's side in the Summer of 2020. Just like Allen, Austin is also part of the Linfield FC set up, managed by former White David Healy...

Cormac’s been in and around the Academy for the last few years. I saw the three games Cormac played for the Northern Ireland Victory Shield team a few weeks ago. I don’t think he gave the ball away tonight. He’s got a bit of quality about him. He’s at the age where clubs are pushing to sign him.

We will lose Cormac, no doubt about it, but we will try and give him exposure around the first-team squad where we can. He’s finished with the Northern Ireland Victory Shield team, so that will help, and hopefully his progression over the next three, four months will stand him in good stead at whatever club he goes to.


It was revealed in the Summer that Stuart Dallas has taken on the role as mentor for Charlie Allen. Perhaps he will do the same with Austin?

Regarding the new trialist, the love child of Ross and Rudy ?

Carrick Dave wrote: ↑Tue Nov 09, 2021 2:23 pm I also thought Charlie Cresswell looked great when he came on for his cameo, that long diagonal to end the game is not the sort of pass ever played by an overwhelmed or self-conscious CB, or one lacking confidence.

He was excellent against West Ham even though we lost. He had a right old battle with Antonio but acquitted himself well.

I also thought Charlie Cresswell looked great when he came on for his cameo, that long diagonal to end the game is not the sort of pass ever played by an overwhelmed or self-conscious CB, or one lacking confidence.

weasel wrote: ↑Tue Nov 09, 2021 10:39 am The main trouble for Llorente there is that Barnes isn't his man so the initial thought he would have is whether he leaves his man to try to close Barnes down. That split second is probably the difference between being able to stop the shot or not, but if he goes sooner then someone else, probably Vardy, would be unmarked and as such Barnes may have been able to play the pass to Vardy and Vardy scores. I think in this case you just have to credit Barnes with a great finish.

Once Dallas misses it, he has to get across and close Barnes down otherwise he has a free cross or as we found out, a shooting chance.
Not denying it was a great goal though.

Llorente has issues, not least not that strong in the tackle and can be easily moved off the ball.. Lost his man for the Norwich goal. I think the key to Llorente's success is more to do with team balance, when he plays we get a proper right sided central defender, without him we've played Ayling (not ideal) or Cooper (poor right sided.) Llorente does bring top class distribution and as we're team that relies on high press or fast break out of defence then that's key..