Good Morning. It's Tuesday 16th November, and here are the latest headlines from Elland Road

The young Whites recorded their first win in the Premier League Cup last night at the hands of Mansfield Town U23's at York City's LNER Community Stadium. Mark Jackson named 15-year-old Archie Gray (father to Andy, Grandfather to Frank, and obviously we can't forget Uncle Eddie) and 16-year-old James Debayo in the starting line up, and they didn't disappoint!

Leeds needed a victory, having suffered losses at the hands of Wigan U23's and Sunderland U23's. Sean McGurk broke the deadlock seven minutes into the second half. Hughes (on the right wing) centred the ball to Dean on the edge of the area. His scuffed shot rolled nicely into the path of the former Wigan teenager. He managed to ride the challenge of a defender and squeeze the ball under the despairing dive of on loan keeper George Shelvey.

McGurk turned provider for Leeds second. His cross fell nicely for Max Dean who chested the ball, before thumping a first time volley into the roof of the net. Mansfield scored a late equaliser three minutes from time, but the young Whites held on for a well-deserved win.

With Bamford still sidelined, what are Leeds chances on Sunday?

The Whites travel to North London on Sunday hoping to build on their three game unbeaten league run, but what are their chances? Leeds trips to the Capital rarely end well, and with Harry Kane finding the back of the net seven times in two games for England, will the Leeds defence manage to keep him quiet?

On the injury front, Firpo is nearing a comeback. Only this morning, he posted a cryptic one-word message to the Leeds Utd faithful simply saying 'Soon'. Unfortunately, it looks like Bamford may not return until next month according to Danny Mills!

You start to wonder, do they know the root of the problem? “What is the issue? What is the reason for him breaking down? We know how intense the way Bielsa plays. We know the fitness level that he will insist his players are at to come back into the team.
When you’ve been out for that long, it is going to take him a little while even when he’s started training, to get back up to speed and get back up to what Bielsa wants. If the injury keeps going wrong, if you come back too soon, even if it’s just a few days you may just tweak it. That delays it by another week. Sometimes the longer it goes on, the more you try to force it. Injuries are a very delicate balance and he could be out until December now. 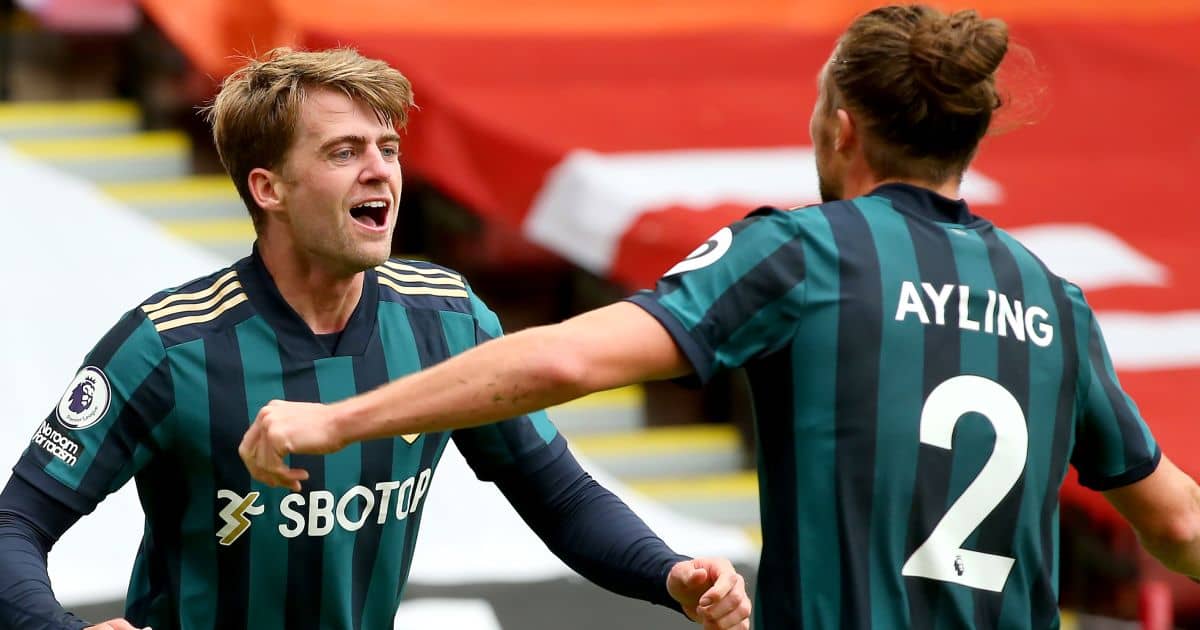 Don't wait until the Summer

Leeds journalist Phil Hay has suggested that Leeds should sign a new midfielder in the January transfer window, not wait until next Summer, when he expects an influx of new players. He also disclosed that Bielsa has a soft spot for Reading playmaker John Swift.

Picking up a bargain can be difficult enough, let alone during such a small window of opportunity. Even if Messts Orta and Bielsa were to agree on a signature, that's only part of the job done. They would need to get fit; not just match fit - but Bielsa fit!

I can definitely see the value in signing a centre mid in the window, partly to help this season but partly to create one less job for the summer window (which will be far more active). They were clearly very keen on O’Brien but I don’t know if I see Huddersfield lowering his value (particularly with him on a new contract). Was interesting to see John Swift linked over the weekend because Swift is someone Bielsa quietly admires

You're welcome Tozzy, good to have you on board

Hi all.
I just wanted to say Thanks for the various welcomes I recieved today.

Youngsters:
Fabulous result given the age and experience of some of these lads. Watched the highlights on Youtube and Max Dean is continuing is rapid progress this season and is some talent. Plaudits also to 1) Archie Gray who is very rapid, just like Eddie was. He's also got some height to him and looks to already have some physical strength to him. 2) Christy in goal who made several very good saves.

Spurs/Bamford:
Probably right to continue with Rodrigo, but I would definitely like to have a look at Gelhardt, especially up against Eric Dier. Also, Kane seems to get a lot of pelters but I think he's a very deceiving striker who has a bit more pace than it seems, and is hard to budge off the ball, brings others into play, and is deadly with left foot, right foot, and head. He will give our defence a torrid time, and I'd like to see Llorente man-to-man on him as I think Cooper with his shirt tugging is going to give away a lot on Kane.

Swift:
Not seen much of him play but gets rated a lot. As the usual cliche goes, if Bielsa rates him then it's good enough for me. What is a definite, is we need a box-to-box midfielder this January, and if Swift s good value then why not.

Byebyegeegee wrote: ↑Tue Nov 16, 2021 3:17 pm Slightly unfair on Kane methinks. He gives the impression of being all those things you mention but he has something more than than most other current strikers, something intangible - a presence if you like and he certainly knows where the back of the net is.

7 goals in 2 internationals is pretty impressive by anybody’s standards. Ok 2 were penalties and they were only against San Marino and Albania but nonetheless I must admit I have a grudging respect for him. Him and Son together do make a formidable pairing.

Going to be a tough one. With Conte in charge I think chances will be at a minimum and we need to do what we haven’t done so far this season and convert more of our opportunities.