Good Morning. It's Monday 13th December, and here are the latest headlines from Elland Road

A converted Jorginho penalty in the dying moments of extra time proved to be the killer blow during a feisty affair at Stamford bridge on Saturday. Leeds were more than a match for their West London counterparts, and even without the likes of Cooper, Struijk, Phillips and Rodrigo took the lead just before the half hour mark.

Alonso tripped Dan James in the penalty area, and the referee had no option but to point to the spot. Cool, calm and collective, Raphinha stepped up, and wrong-footed his former Rennes teammate, before picking out his spot. Chelsea were level just before half-time. Meslier's goal kick seemed to hover in the air for an eternity. By the time Dallas chested the ball down, he was robbed of possession by Alonso. The Spaniard made his way to the left byline before delivering a low cross into the Leeds penalty area; and into the path of Mason Mount. Mount's first time effort was stabbed home before Meslier could even react.

Thomas Tuchel's men took the lead with 30 minutes remaining. Raphinha chopped down Rudiger in the box, and for the second time in the game, Chris Kavanagh pointed to the spot, from which Jorginho duly obliged. Leeds battled back, and were level on 83 minutes. Klich fed the ball to Roberts deep on the left wing. His low cross was stabbed home by Gelhardt who beat two Chelsea defenders to get to the ball first. It was his first touch having just entered the field of play sixty seconds previously.

Just when Leeds thought they were returning to West Yorkshire with a share of the spoils, disaster struck. Klich was adjudged to have fouled Rudiger on the edge of the penalty area. The German defender went down like he was pole-axed, and for the third time that afternoon Chris Kavanagh pointed to the spot, and robbed Leeds of a well deserved point. 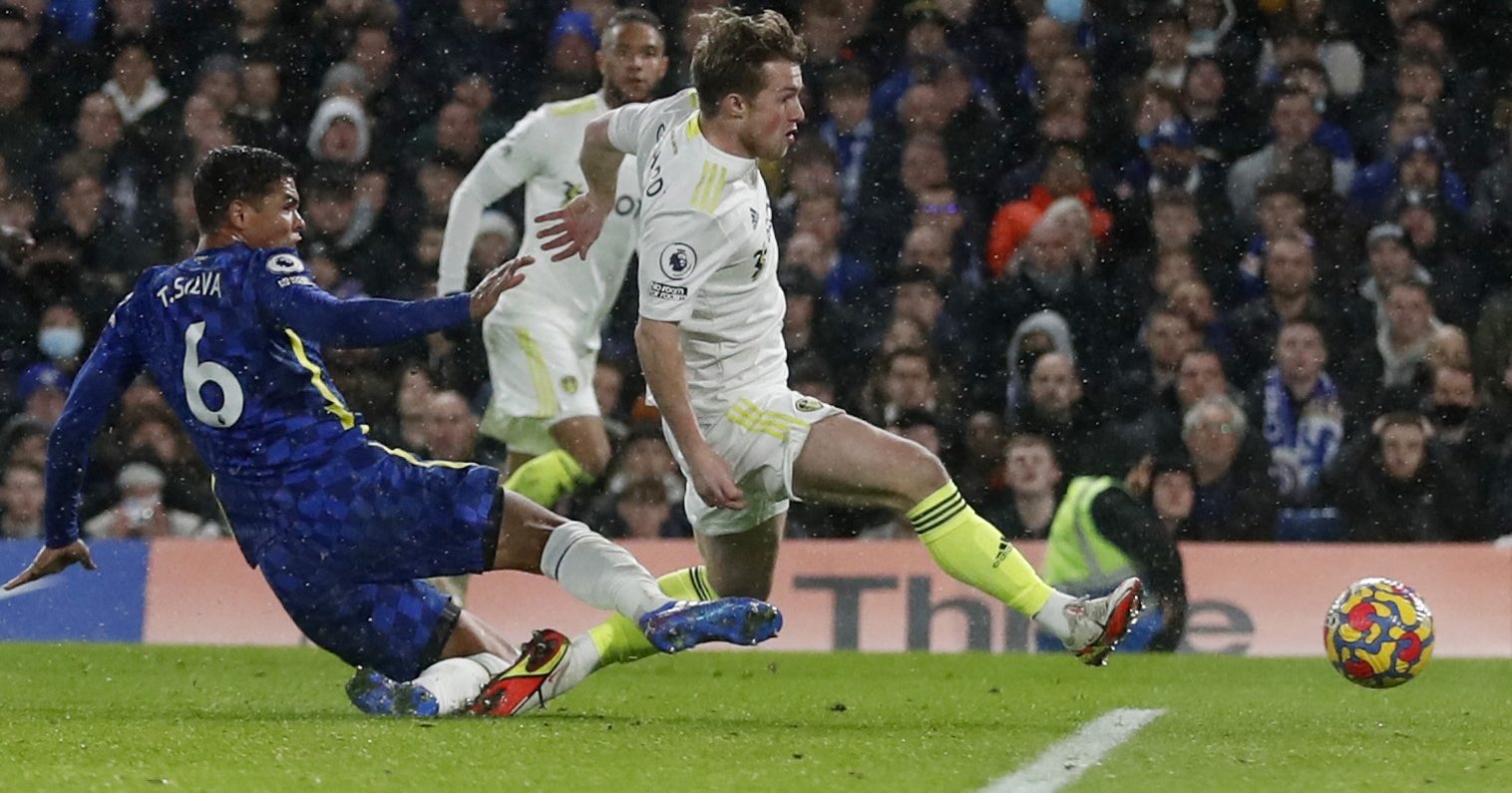 Should Reece James have been sent off

The outcome at Stamford Bridge could have been totally different had Reece James been sent for an early bath for slicing down Dan James in the first half, yet the England defender was only booked. I can't help but think what would have occurred if the role was reversed!

Mateusz Klich received a tirade of abuse from Leeds fans following their narrow defeat at the weekend, and ended up deleting his Twitter account. The Polish International midfielder has endured a torrid time on the pitch ever since returning from burnout last season. Unfortunately, after giving away the last minute penalty, the Leeds midfielder became the latest target of the infamous Leeds boo boys.

Whilst it's fair to say his performances have not been up to scratch, to isolate an individual in the way some Leeds fans do, must have a detrimental effect on the individual.

Should social media be policed more rigorously? Should so-called online bullies receive punishment, or would that be taking away their free speech? Are football players 'fair game' if they have social media accounts? Would you / have you ever booed the players after a bad performance? Leeds journalist Phil Hay was quick to defend the 31yo.


"It’s the sort of challenge you shouldn’t make because there’s no need in that position and it runs a risk. But why that needs to translate into abuse on Twitter I’ll never know. I guess it’s down to ignorance but it’s one of the worst traits of social media. Klich has been a pillar of the Bielsa era. I’m not convinced we’ll see him at his peak again but so what? He’s made memories and that run of 92 league games was both remarkable and decisive. He’s been phenomenal over all." mentalcase wrote: ↑Mon Dec 13, 2021 8:14 pm Me neither, maybe too much time on their hands, although I think a lot of them do it to feel important, get the love, but go crying when things go awry.

Agree.....some of them are so far up their own backsides that they adore all the praise and adoration. But with that comes....well...other stuff. (I am no way condoning the abuse that Klich got by the way....). Put yourself out there to be shot down and guess what.....

whiteswan wrote: ↑Mon Dec 13, 2021 7:33 pm I honestly don't understand why folk in the public eye have a Twitter account.

Me neither, maybe too much time on their hands, although I think a lot of them do it to feel important, get the love, but go crying when things go awry.

Referee’s often make rods for their own backs due to glaring inconsistencies which drives me up the wall. If Reece James’ tackle was only a yellow card then that should be the yellow card template for the whole game, but having let James off with a caution in that instance he then went on to book other players (mainly ours of course) for fowls/tackles which were no where near the severity of James’. Add to that the 3 soft/dubious penalty decisions (if you’re going to give dubious penalties then surely 1 each would be fair), then I think my 1/10 rating is about right. These guys are well paid professionals and I often think, surely, they can’t all be that bad that much of the time and that there must be some other reason for their ineptitude and apparent bias. Perhaps there is!

Let’s be honest - the penalty was very soft - Rudiger made the most of an innocuous and clumsy challenge and mugged the ref with his theatrics. s**t happens - it just seems to effect us more than most currently. If the ref hadn’t have blown VAR would not have asked him to review it.