Good Morning. It's Friday 17th December, and here are the latest headlines from Elland Road...

If you could describe one player from the Leeds roster as Marmite, it would be Tyler Roberts. The 22 year old is either loved or loathed, and passions have been running high in recent games. Roberts joined the Whites from West Brom for £2.5m in the 2018 January transfer window. He has made 95 appearances, and has netted 9 times, albeit only twice in the top flight. Fans have been reaching for their keyboard in recent games in support of the Welsh International, whose ratings have shot through the roof in the last month.

Bielsa himself is a staunch fan of Roberts, and has faith that his talents will continue to shine through. Many of his displays have been described as tidy and safe, whilst the fans who have criticised him are looking for a game changer, something which is sadly lacking in Bielsa's squad at the moment.

Perhaps the problem lies that Roberts is a forward, that doesn't score goals; though the same could be said of 30m signing Rodrigo. Both players possess a special talent, but do we know what their best positions are. If we throw Dan James into the mix (a winger who has been asked to play centrally as a forward) perhaps we are beginning to understand our lack of goals this season?

During his post match press conference yesterday, Marcelo Bielsa gave Leeds fans a bleak forecast relating to next months transfer window. The Argentine was quick to point out the Radrizzani had already ploughed £130m into the squad (over two seasons) and didn't know whether there were any funds left in the coffers?

He also mentioned that Leeds would be able to recall any player that is currently on loan if they needed to do so. Whilst it's noble taking full responsibility for the squad he has built over his four-year tenure, it doesn't help the millions of Leeds fans (cos we ALL love Leeds) who face the stark realisation that Yorkshire's finest could be confined to another decade or two outside in the lower leagues.

The only thing I said and I reiterate is that to bring in players they should be better than the ones we already have. The club has invested £130m in this squad, I don’t know if they can or can’t invest more. But I’m not in conditions to demand incorporations when the organisations has been so responsible.

Every player that is on loan that can be recovered and have been manifested in the six months that have passed, if they were similar to the level of the squad at the moment we would see. They went on loan and the club understood my idea, the players were in better conditions that the ones we loaned out. “What we have to verify is if there has been an evolution in them outside of the club. 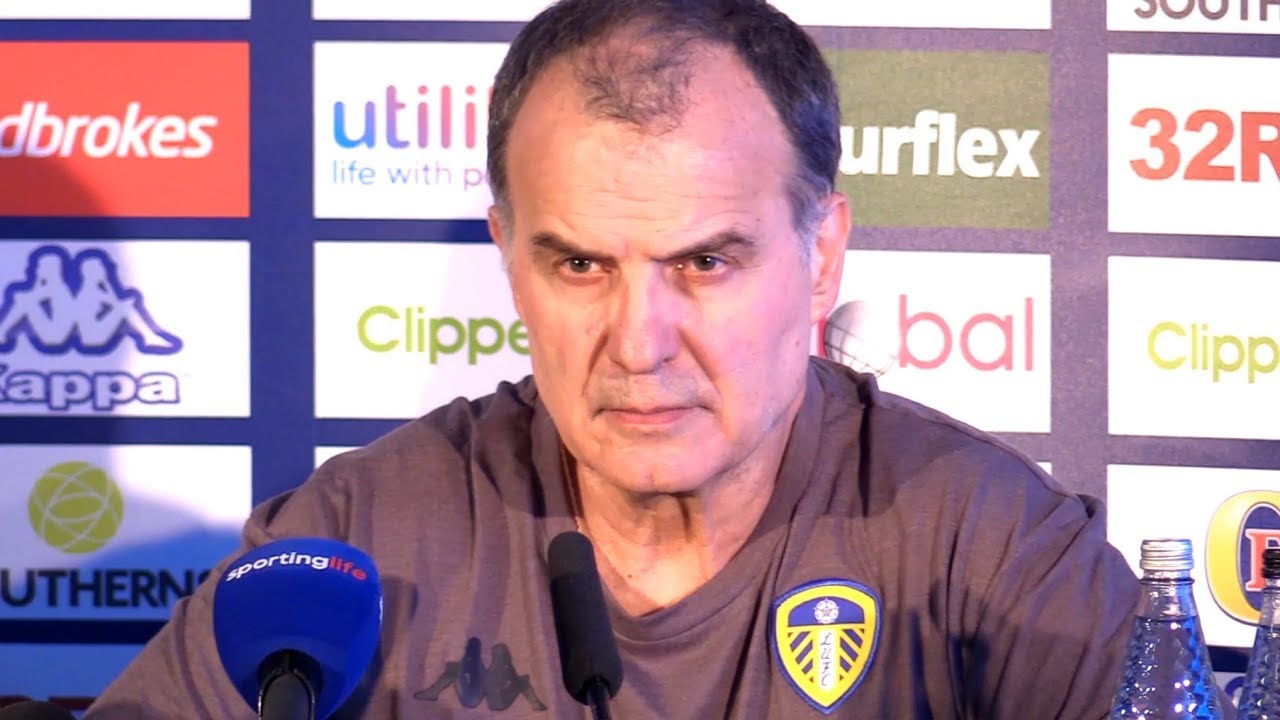 I will fight until the end - Bielsa

Marcelo Bielsa has pledged to stay at Elland Road, at least until the end of the season, when his latest one year contract expires. The 66yo promised Leeds fans that he will continue fighting to the end, and would not give up on the Whites. When asked whether his job was safe, he told the packed out press conference that the job of a coach is not a stable one.

I never feel it is good to promise. What you have asked me I don’t know how to interpret it. After a big defeat you’re very sensitive, to say that I have taken them as far as I can is to say it is a closed cycle.

Of course I am going to continue fighting until the end of the season. I always thing with adversity you have to fight, you never know if strength is going to be enough and what the progression is of the difficulties we face. “Having said that, I am going to fight until the end of the season without any doubts. I hope nothing happens that doesn’t allow that to act what I’ve said. 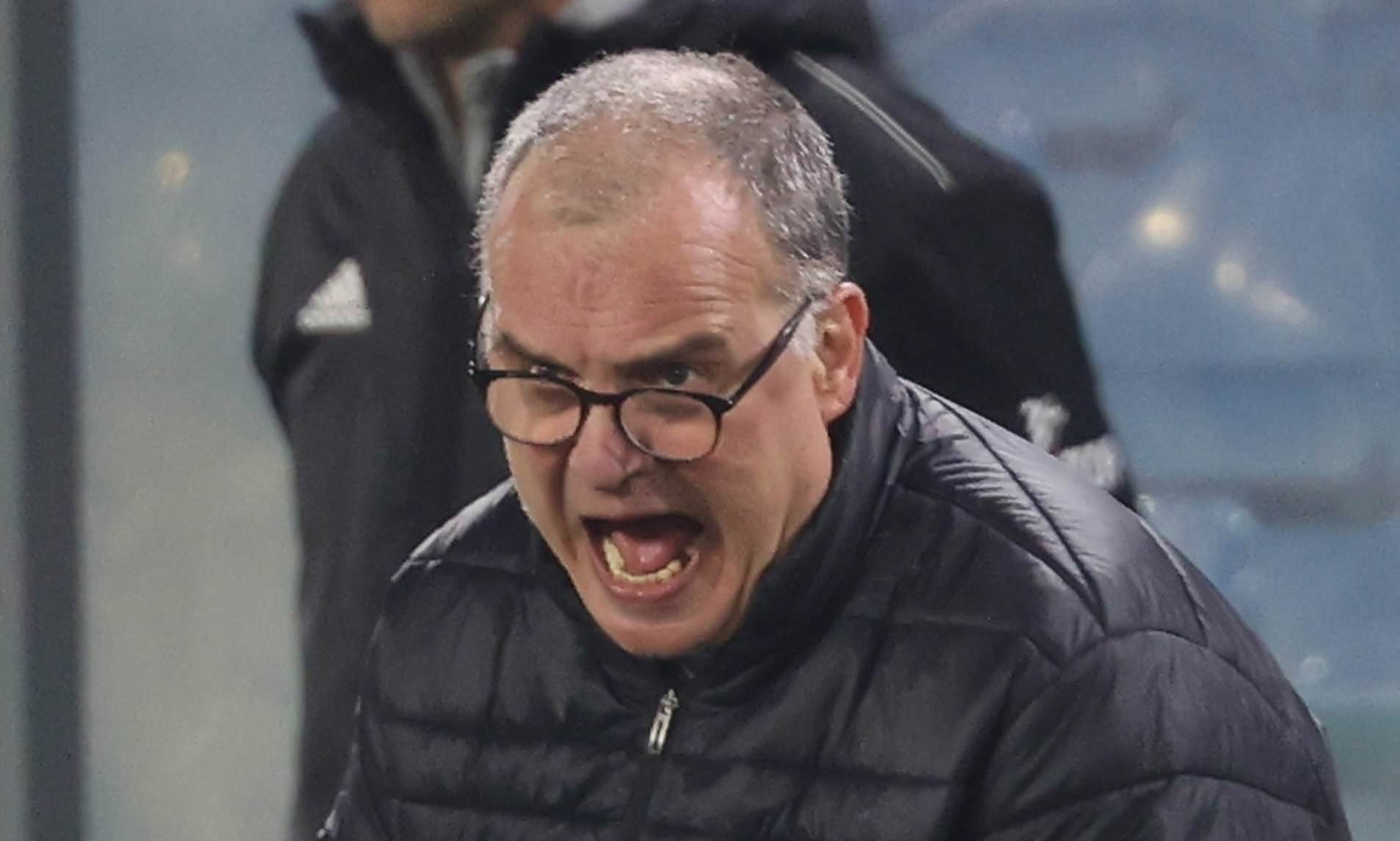 Might just take him a little more time, again for me he's more of a 9/false 9.

faaip wrote: ↑Fri Dec 17, 2021 3:00 pm This is an interesting one because even at full strength Tyler is probably the best ten at the club as we speak. Rodrigo hasn't played well there at all, Klich is fading, Forshaw isn't a ten. Gelhardt might be Roberts competitor for the role but Gelhardt is a forward for me.

Does anyone know why Greenwood isn't being progressed given our urgent need for a gifted 10? He was neck & neck with Joffy for top scorer in the U23s last year, and has a lot of class. Others appear to be considered capable of doing a job but he gets ignored. Strange?

Roberts:
I'm not a huge fan of him, but I'll back him like all our players. And to be fair, with the run of starts he is getting he has shown improved form. Jury still out for me on him, and for me he has the remainder of the season to show consistency (though I won't knock him for that if MB starts to play him as 15 minute sub, shifts him around each week, or something similar).

Transfers in January:
We would be mad not to procure reinforcements in January. I think the cash is there given the stakes, but to what extent I do not know. Swift seems to be a reliable rumour, and I think sadly the likes of Cabral, Nandez, et al are just pie in t'sky.

As for loans, if it were me, I'd consider getting Bogusz and Davis back, though I am not sure if these were ever in the plans following their loans and were loans to buy deals. Bogusz if anything I'd like to see back.

Bielsa:
Love too hear fighting talk from MB, and hopefully this rubs off on the players too. I wouldn't want to see him gone, and if anyone can turn this ship around it's MB. Should he do that, I'd be happy for him to stay next season and would hope we spend on quality for the squad, and MB can re-assess how big a squad he needs.

White Riot wrote: ↑Fri Dec 17, 2021 4:22 pm That's the right approach Chilli, if they're playing shite then they need called out and told to improve.

If they're doing well let's lavish praise on them.

Tyler's done well lately, so he's got a clean slate for me. If he starts playing shite then I'll be stating it, same as the rest of them.

For instance, the other night barring Meslier and Gelhardt they were all shite and they need to be told that in very plain language.

Then the next message is, get on that pitch against Arsenal, put in a performance and win, anything else will not be accepted.

A good old fashioned kick up the arse.

Personally I thought Messlier had a sh*te game too.

I think the players own sense of pride will see them be fired up for the Arsenal game.