Good Morning. It's Monday 20th December, and here are the latest headlines from Elland Road...

Mikel Arteta's Arsenal took full advantage of an injury ravaged Leeds team, made up of an assortment of players as young as 15, as Marcelo Bielsa struggled to put together a starting XI. In the end Luke Ayling (who had being suffering from illness) was well enough to participate, alongside an unfit Robin Koch who hadn't kicked a competitive ball since the opening game of the season at Old Trafford. Charlie Cresswell had been pencilled in to partner Ayling at the heart of Leeds defence, but a freak shoulder injury in the dying seconds of training on Thursday put pay to that.

In total, the Whites were without ten players, nine from the first team. To rub salt into the wound, the majority of top flight fixtures were postponed due to Covid. Although numbers are not available, I doubt their squads had been decimated to the same degree, yet Bielsa, a man of moral stature would rather fall on his sword than ask for a postponement. Leeds were literally the only team in the Football League with no players, that actually played at the weekend.

Any hope of a fairytale miracle were diminished during the first 45 minutes where the Gunners ran riot over the Whites. Only last gasp defending and a solid performance from Meslier kept the scoreline barely respectable. Fortunately, Arsenal took their foot off the excelerator in the second half, and Leeds found some rhythm. There was a glimmer of hope fifteen minutes from time when Joe Gelhart was upended in the penalty area by Ben White. The ref pointed to the spot, from which Raphinha bagged his eighth goal of the campaign. Any hopes of a late revival were soon put to bed when Emile Smith-Rowe restored the Gunners three goal advantage.

Premier League clubs are meeting this lunchtime to discuss whether to postpone the festive Soccer calendar in light of six out of the 10 of last weekends top flight games being called off due to a spike in covid related cases. Poor Chelsea were only able to name six players for their bench as they were held to a goalless draw at Molineux.

Would you like to see the festive Soccer calendar put on hold until some point in the New Year? Should there be any postponements where teams don't have the majority of their players immunised against Covid, or should everyone be afforded the same courtesy?

Hundreds of Leeds fans took to twitter at the weekend to demand that Joe Gelhardt be given more game time. The 19 year old has played 270 minutes of PL football, 230 of those against Spurs, Chelsea, City and Arsenal and has won two penalties and netted once. Although only young, other top flight clubs are utilizing players younger than Joffy week in, week out. I respect the necessity to protect the player, but surely he's good enough? 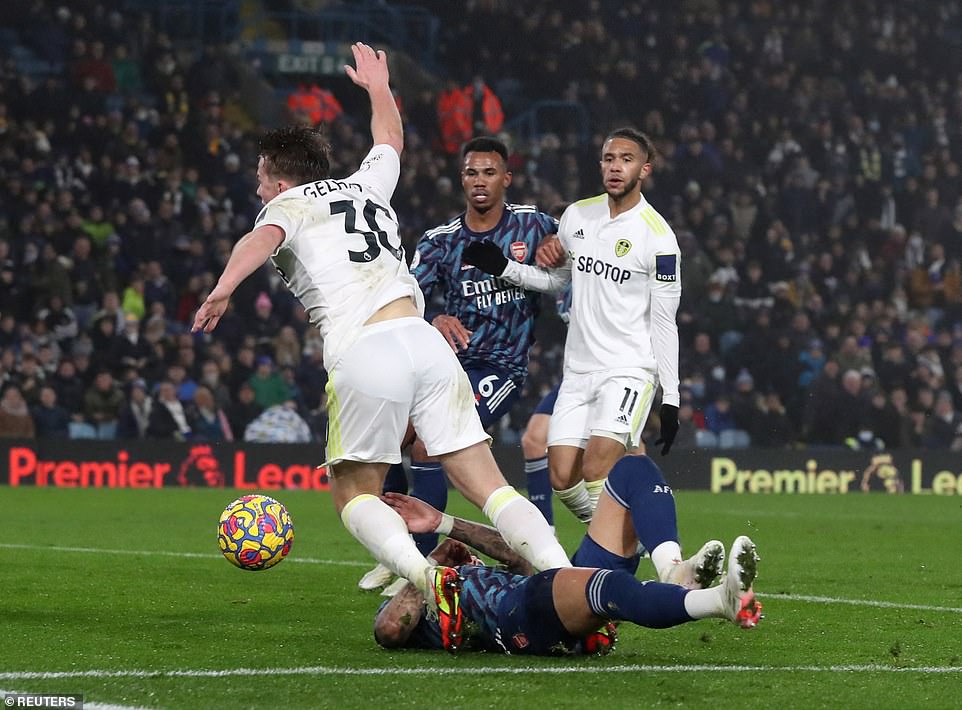 SG90 wrote: ↑Mon Dec 20, 2021 5:07 pm Despite the media's desperation for him to get another job, we're more likely to appoint a tramp off the street than that prick.

That list shows how out of touch the media etc is with Leeds. It is like we haven't existed for so many years to them and even now they can't be bothered to do any research.

Despite the media's desperation for him to get another job, we're more likely to appoint a tramp off the street than that prick.