Good Morning. It's Wednesday 22nd December, and here are the latest headlines from Elland Road...

A transfer window wouldn't be a transfer window without at least half a dozen ex players being linked to an Elland Road reunion. The latest name to crop up is Ronaldo Viera. The former England U21 International penned a five-year deal with Serie A outfit Sampdoria during the 2018 Summer transfer window much to the annoyance of Marcelo Bielsa, but at the time Leeds needed to free up some money, and £7m was too good to turn down. Vieira made 71 appearances in total for Leeds, scoring 2 goals and has gone on to make 44 appearance for Sampdoria since his move three years ago.

Ronaldo has been plagued by injury over the last eighteen months restricting the 23 year old to just four league matches. He hasn't kicked a competitive ball in 293 days and failed a medical test in the Summer that would have seen him join Sheffield Utd. Surely that rules out any potential move back to Leeds? We don't want another Jean-Kévin Augustin deal on our hands! It's clear we need to strengthen in midfield with Kalvin Phillips out but Vieira would not appear to be the solution to that particular prblem. 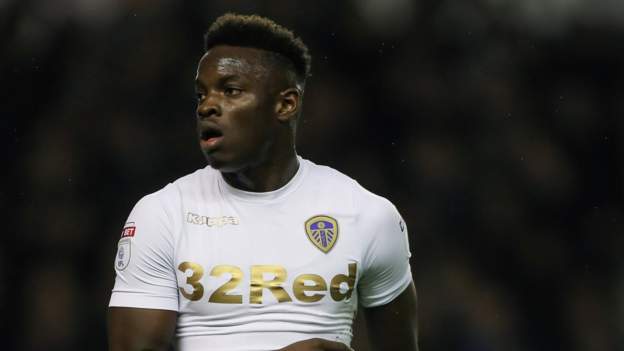 Various media sources claim that Leeds may be lining up a bid for attacking midfielder Eljif Elmas. The 22 year old currently applies his trade for Napoli. He joined the Italian club from Fenerbahce for €17m plus add-ons. He has 37 caps and 9 goals for North Macedonia. Elmas has been on Leeds radar for a while, and reportedly had a €25m offer turned down for him last Summer.

Although Elmas would prove to be an excellent signing, do they have the funds to compete with the likes of Benfica and Borussia Dortmund who are also understood to have shown an interest? Cresswell could be out for three months

Charlie Cresswell faces up to three months on the sidelines, and possible surgery, according to Injury expert Ben Dinnery, who runs premierinjuries.com. The 23's Captain sustained a freak shoulder injury prior to the Arsenal game. According to Dinnery, Cresswells injury is far worse than Phillips shoulder injury he sustained just before the Euro's.

Bielsa spoke prior to kick-off and referenced a clavicle injury. Those are two slightly different issues. It was a training ground issue with a player landing on top of Cresswell. With that injury, it can be treated conservatively. Kalvin Phillips dislocated his shoulder on the last day of the 2020-21 season and was available for England 14 days later.

But sometimes you may need surgery to address the underlying issues, as it is a fairly shallow joint. If there is a laxity within the connective tissue that holds that arm in place, you can need an operation. If it’s treated conservatively, he could be out for a matter of weeks. If it’s surgery, it could be two or three months, or possibly even longer.

If it is a non-displaced clavicle injury, conservative treatment again would suffice.“If it’s more serious, again surgery may be required. Then we are talking anywhere from six to eight weeks. 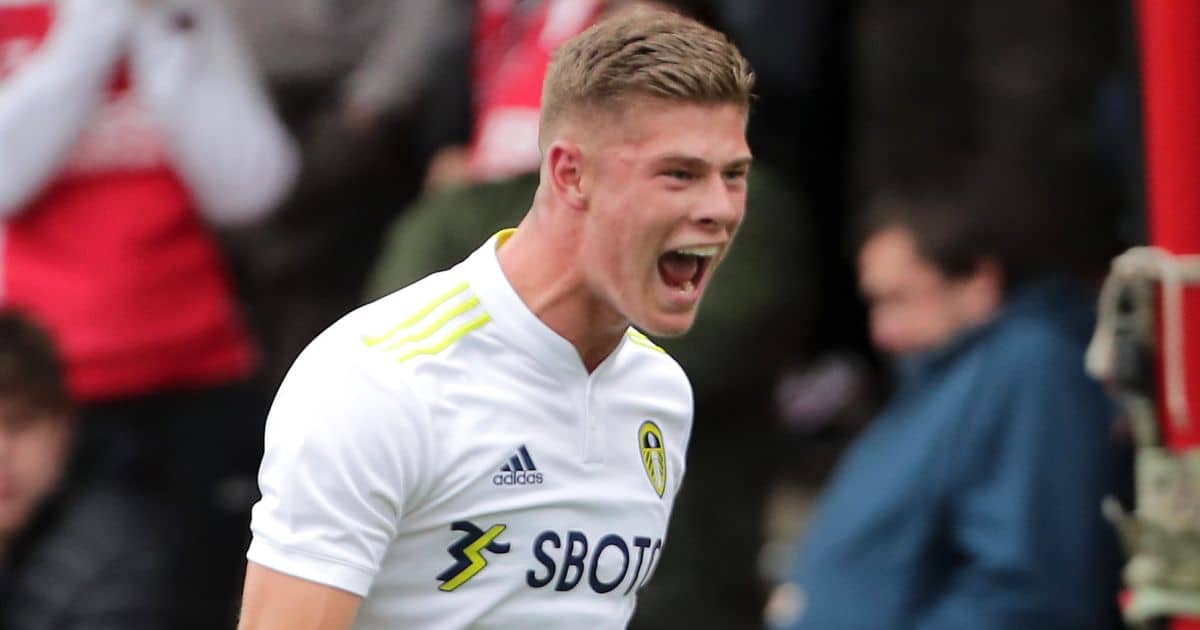 It was embarrassing, I felt for the players - Merson

Sky Sports pundit Paul Merson has slammed Marcelo Bielsa for not changing his tactics against Pep Guardiola's Manchester City last week. The former England winger likened Bielsa to Arsene Wenger during his latter years, and said he felt for the Leeds youngsters.

Marcelo Bielsa’s insistence at playing the same way is reminding me a lot of Arsene Wenger’s latter years at Arsenal. I remember covering Manchester United versus Arsenal in 2011. Arsenal turned up at Old Trafford with a weakened team, we all said in the Super Sunday studio that Wenger needed to change things and that he couldn’t go out and play as if all his big players were on the pitch.

What did Wenger do? He went out, played the same, and Arsenal got beaten 8-2, I’ll never forget it. This is exactly what I am seeing of Bielsa at Leeds United now. They went to Manchester City with no players, they played exactly the same way as they usually do, and it was embarrassing, I felt for the players. The manager has got to have another game plan to fall back on when needs must.

Leeds have been absolutely shredded in the absence of some key players, but the manager has to change things around. He has got to accept that, without those players around, the team has to stay solid, get men behind the ball, and make it hard for the opposition to score. 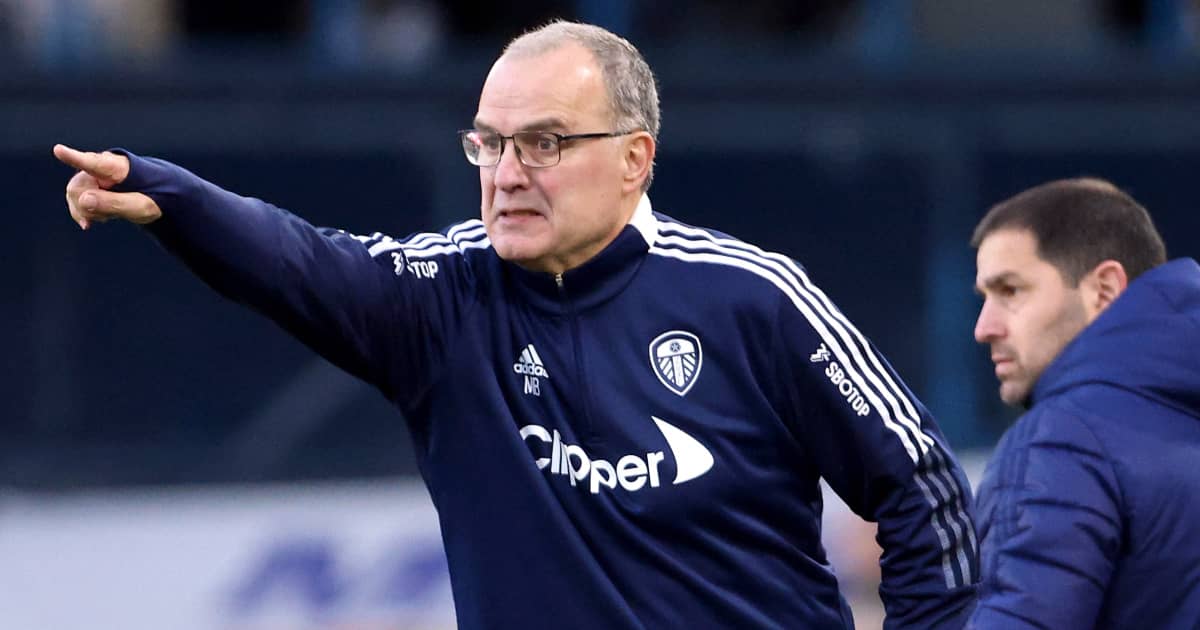 Vieira Ronaldo is certainly NOT the answer. Hoping this is a news now prediction.

If we don't get some of our players back from injury not even Bielsa can keep us up.

And that sentence sums up why we should keep Bielsa as he is the only reason we even have a chance of staying up given the circumstances. With any other manager in charge this season given the injuries I think we'd be below the likes of Norwich and Newcastle.

I suppose your'e supposing any other manager would be like Bielsa and demanding a small squad and resting on his laurels ??

Ellandback1 wrote: ↑Wed Dec 22, 2021 6:01 pm We need a quality midfielder, someone that is fit, and go immediately into the starting XI. It can't be a stop gap until the Summer either.

The last two central midfielders we bought were Forshaw in January 2018 and Klich in the summer of 2017.

So it's been a while.

We need a quality midfielder, someone that is fit, and go immediately into the starting XI. It can't be a stop gap until the Summer either.

Mountain wrote: ↑Wed Dec 22, 2021 12:15 pm It has to be said, Paul Merson is a complete clown, he's the epitome of all that is wrong with football pundits. He can barely form a sentence, he's only hauled on because he took loads of drugs and lost a fortune at the bookies.

No appeal to authority there then?
more of a strawman knock him down.