Bookies predict another miserable campaign for the Whites


Good Morning. It's Monday 13th June, and here are the latest headlines from Elland Road...


Bookies predict another miserable campaign for the Whites

Bookies are predicting another long, gruelling and miserable season for the Whites next term. This will be unwelcome news for Leeds fans, still recovering from nervous exhaustion following nine months of sheer hell following their previous campaign!

The nucleus of the Leeds squad are no longer strong enough; injuries have taken its toll and age has caught up with many others. To give them credit, the ER hierarchy have worked tirelessly hard over the past four weeks, bringing in Brenden Aaronson and Rasmus Kristensen; as well as lining up countless others. It's fair to say that Radrizzani has a rebuilding project on his hands, but the foundations are in place.

It will be no surprise to see the three teams promoted to the top flight to struggle next season, as they go toe to toe with some of the World's elite. In fact, Bookies believe Fulham (6/5), Nottingham Forest (8/11) and Bournemouth (8/13) are on a one way course back to the Championship, but Leeds fare little better. Jesse Marsch's team, along with Brentford (who Leeds beat on the final day of the season to guarantee their top flight status) will be fighting it out for 16th and 17th place respectively (both 5/2 to go down). For the more confident, some bookies are offering odds of 9/2 on Leeds to finish next season in the top half!

Leeds to miss out on Minamino

Leeds have fallen behind Wolves and Monaco in the pecking order, in their pursuit of Japanese International Takumi Minamino. No fewer than six top flight outfits have shown an interest in the Liverpool forward, though it was hoped that the lure of linking back up with former Manager Jesse Marsch may have given Leeds an advantage over their competition. Unfortunately for the Whites, if media reports are to be believed, Leeds may have to turn their attention elsewhere, with Blackburn's Ben Brereton Diaz being widely tipped as a replacement target. 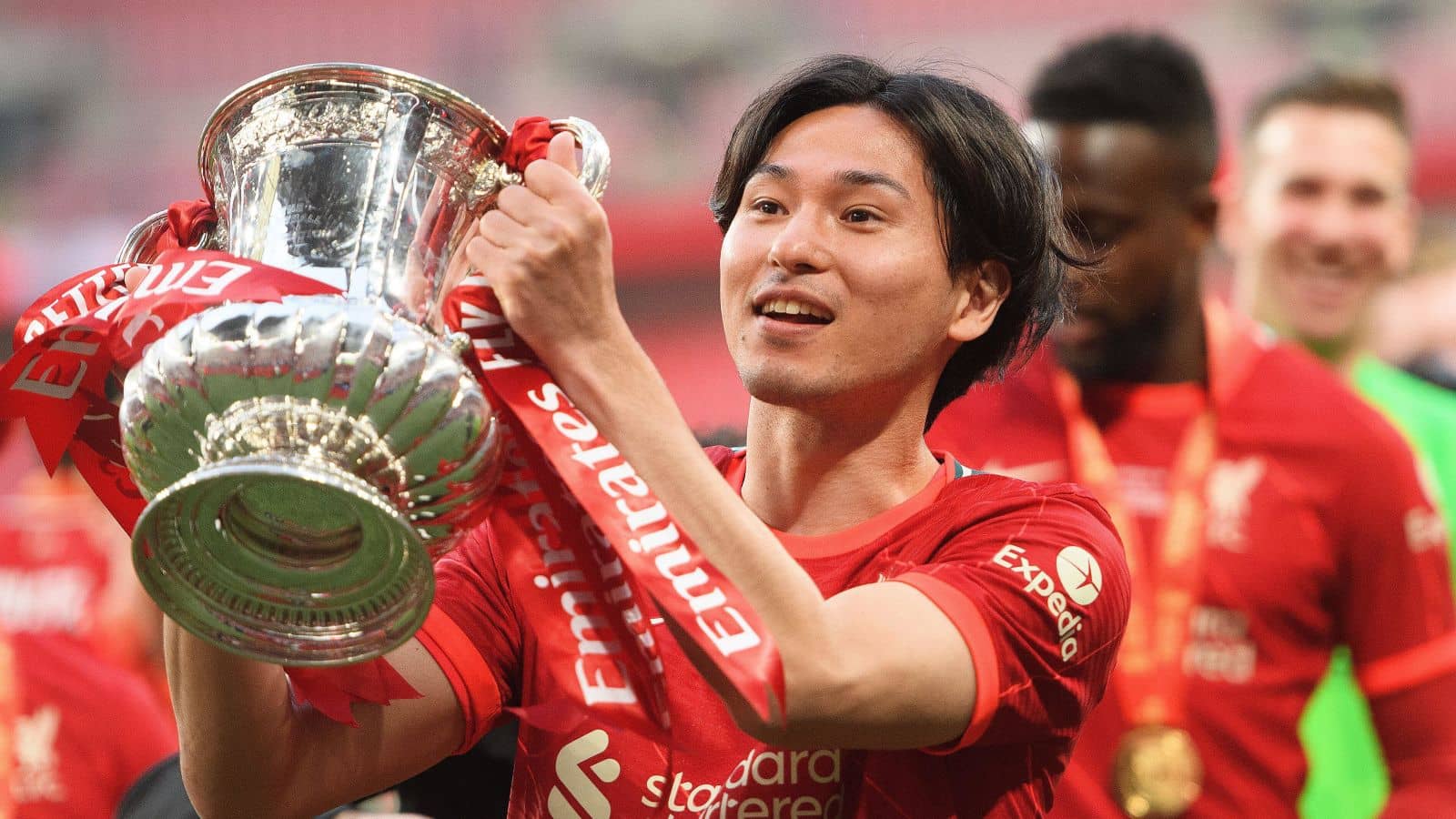 Marc Roca is poised to become Leeds third signing of the season after snubbing several advances from La Liga clubs, according to Spanish media outlet 'Marca'. The former Espanyol playmaker is reportedly keen to join the Whites, and with Bayern Munich amenable to Leeds offer, thought to be in the region of £11m, a deal to bring him to Elland Road could be concluded early this week. At 25, Roca is keen for first team football; something the German Champions were unable to offer on a regular basis. In two years at the Allianz Arena, Roca has only featured 24 times, though Bayern Manager Julien Nagelsmann has nothing but praise for the Leeds bound star...

We know he’s a good footballer, but the way he fought and gave everything was impressive. I love the kind of players who prove the coach wrong and show him it was a mistake not to play them often.

I was overly optimistic last season because of the 9th placed finish. However, I’m not going to be pessimistic due to our close shave with relegation. I would consider the 3 promoted clubs plus Brentford and Southampton to be in the mix more than us and Everton. We should be in the mix for a mid table place vying with the likes of Wolves, CP, Brighton and Villa.

We are going about our summer transfer business in the right way - identifying our targets early and in the right age group. We potentially could have a star in the making in Aaronson and a solid player in Rasmus. If we land Roca (another young technically savvy player) and add another ST to the mix (I would love it to be Taty Castellanos).
Key would be to replace KP and /or Raphinha with the likes of Grillitsch/Tyler Adams and Gonzalo Plata respectively, then we will have pulled ahead of our immediate rivals. Only other addition I would like to see is competition for Firpo, haven’t seen any links yet.

I think we mean business and will pleasantly surprise our fans!

SG90 wrote: ↑Mon Jun 13, 2022 5:14 pm That arrogance towards other leagues is why I enjoy seeing English teams humbled in Europe.

I can appreciate that sentiment. But in fairness to my English friends, who can be insufferable at times, people on the Continent often disrespect our Football/Futbol/Soccer just as badly. Our South American friends not so much anymore. The massive influx of young South American players into MLS has raised the profile and respect of MLS in Latin America.

Quality is needed.
Although I thought Bielsa's time was up; I'm not convinced in Marsch and thought someone with more experience of the PL would be a better option.
Raphinha was untested in the PL when he arrived and at least Marsch knows what he is getting with the two that have come in. We seem to be 'taking a punt' on a lot of players; which could lead to even more deadwood at the club.
Losing KP would be a disappointment but he is replaceable.

We need Orta to show us he can sell players as well as buy them and get rid of the deadwood.

If Roca comes and KP leaves we still need another DM; then we need cover at GK, LB and a better option at CF (Bamford's not that good).

Can't see us going down but we won't finish in the top half either.

BlackHillsPaul wrote: ↑Mon Jun 13, 2022 4:10 pm MLS get's a lot of stick from people outside the USA for all of its whacky rules on spending and revenue sharing. But MLS clubs are all owned by multi Billionaires. (Radz doesn't have anywhere near enough wealth to be an investor in MLS) And not one of them can spend their way to glory. The clubs that build a good organization from top to bottom, hire good Managers and Coaches, make shrewd signings within a salary cap structure, and develop players in the academy find success.

That arrogance towards other leagues is why I enjoy seeing English teams humbled in Europe.