Good Morning. It's Monday 1st August, and here are the latest headlines from Elland Road...

A crowd of almost 30,000 were on hand to witness an eight goal thriller as Leeds turned on the style, during their pre-season finale.

Jesse Marsch's men spent most of the first half camped in the Cagliari half, but Leeds finishing was poor. It took a moment of absolute class from Rodrigo to break the deadlock. Roca's diagonal long ball found Kristiansen deep on the right. He sliced open the Cagliari defence with a pass to the edge of the area, which Rodrigo latched onto. The Spaniard twisted and turned to create the space to hammer the ball into the roof of the net from fifteen yards.

Rodrigo grabbed another, just two minutes into the second half, after great work from Bamford. From that moment onwards, the floodgates opened. Bamford quickly made it three. Arronsen's through ball calved the visitor's defence in half, as the one time England forward latched onto the ball, making a beeline for the Cagliari goalmouth. Having not scored in 2022, Bamford could have been excused if he had fluffed his lines; instead, he showed the predatory instincts that made him a household name, not too long ago.

At 3-0 up, and 40 minutes left on the clock, Leeds took their foot off the accelerator, and were duly punished The visitors delivered deadly strikes in the 66th, and 68th minutes to reduce the aggregate to one. After a few nervy moments, Leeds regained control of the match. Harrison linked up well with Struijk to provide Leeds' fourth, and Bamford's second with 20 minutes of the game remaining. The sought after winger was able to ride the challenge of a defender, before cutting the ball back to Bamford, who obliged from close distance.

Bamford was instrumental in setting up Leeds fifth. He threaded a forward ball to Arronson. His strike looked to be heading for the goal, but with a hat trick on offer, Rodrigo couldn't resist poking the ball home from two yards. Koch scored Leeds sixth and final goal in the closing moments from a well executed free kick from Arronsen. 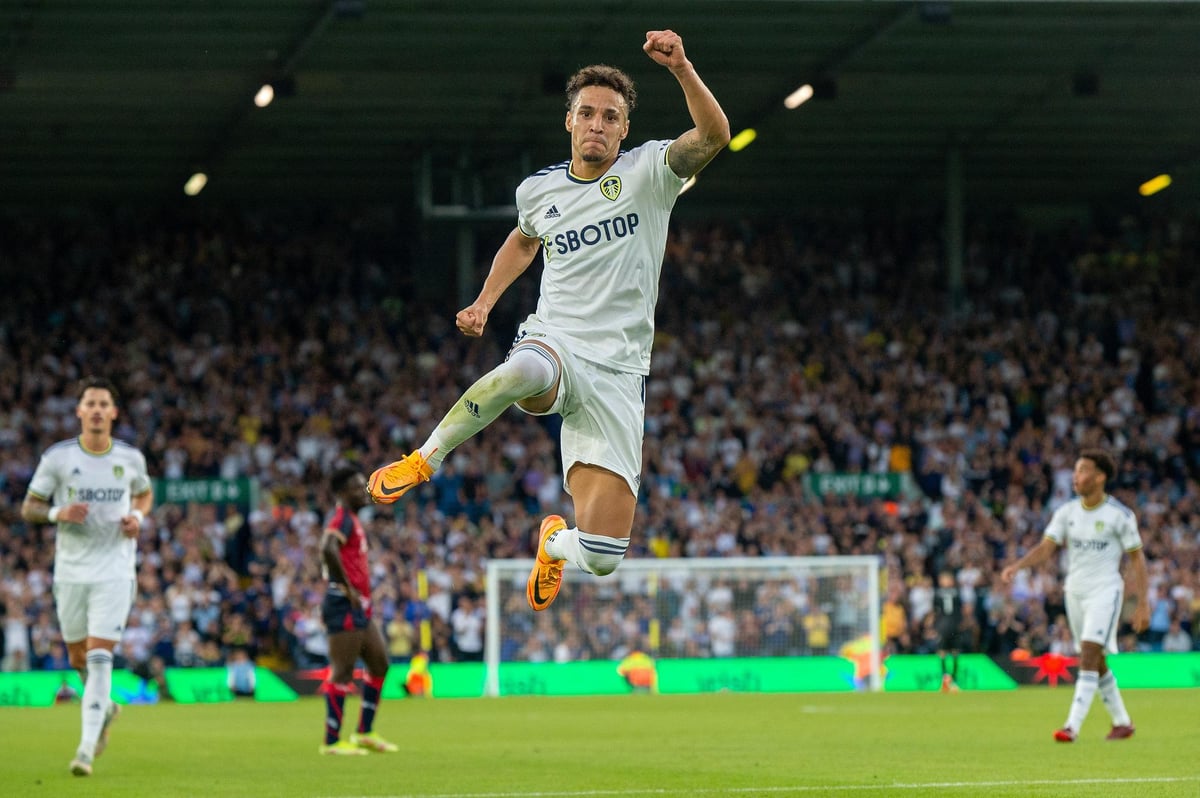 Jesse Marsch has told Leeds fans that his squad is fit, strong, relatively healthy and more importantly, ready to go! The Leeds Manager was speaking following the 6-2 mauling of Serie B outfit Cagliari yesterday evening, which saw Rodrigo grab a hat trick, and Bamford register a brace; his first goals of 2022!

There are a lot of players on the bench that have worked really hard in pre-season and we thought about giving minutes. But I think psychologically for that group to get a full 90 minutes and an intensive 90 minutes is important. Now we can feel like we are going into the season fit, we’re strong, we’re relatively healthy and we’re ready to go. Still a lot of work to do but a positive step for sure.

Should we have kept Cresswell?

On the rare occasions Cagliari found themselves in the final third yesterday, the Leeds defence looked more than a little fragile. Whilst the performance will certainly be a shot in the arm, as they make their final preparations for the visit of Wolves. I can't help but consider whether Leeds did the right thing, sending Charlie Cresswell out on loan?

The 19 year old joined Millwall on a season long loan two weeks ago. He kept a clean sheet at the weekend over heavily fancied Stoke City, and scored both goals for the boys from Bermondsey. Whilst I'm sure Cressy will come back fitter and stronger next Summer, could he have broken into the Leeds starting line up this season? Needless to say, Lions Manager Gary Rowlett is absolutely delighted with the England U21 starlet...

I just said to him: ‘It doesn’t get any better than that, does it?’ As a young player making his Millwall debut, he showed what he was all about. I spoke to him Tuesday. He has worked incredibly hard and been excellent in pre-season, I just said: ‘I’ve been really impressed, you might have to be a little bit patient with the senior centre-halves we have got’.

Hutchy (Shaun Hutchinson) pulled out of training towards the end of the week, but it made the team selection easy – he went straight into the team. “It wasn’t just the goals – impressive as they were. He attacked both goals. It was the way he defended. He got a yellow card early in the second half but showed great control and great composure when to step in and when to come out with the ball. You saw his range of passing, I don’t think you’ve seen half of it today. “He’s played for Leeds and he’s played for England U21s, I don’t think it is any surprise – the quality he has got. It was a really, really good start. 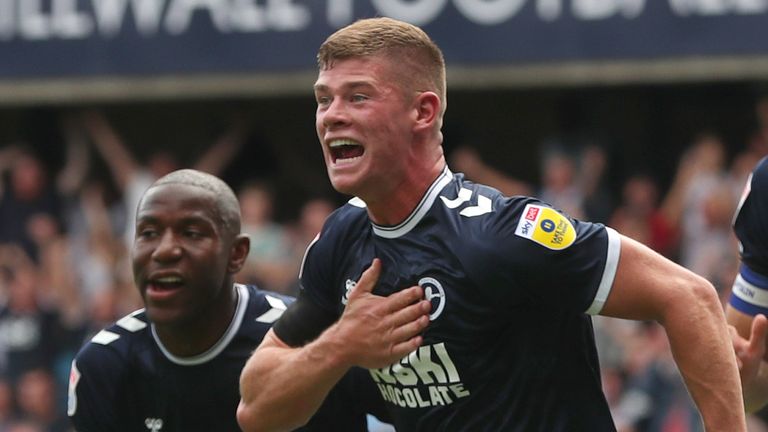 And I agree with that approach. We sold 2 and bought 6 or 7. We're balancing the books. I think we look a whole lot stronger as a squad.

SG90 wrote: ↑Mon Aug 01, 2022 6:30 pm Unfortunately Millwall have a permanent option for Shack, so he'll be leaving on the cheap next summer. A mistake imo.

I'm not sure about that. I think LUFC were talking about seeing how Shackleton develops this season. Maybe an option to buy has to be approved by both clubs?

andrewjohnsmith wrote: ↑Mon Aug 01, 2022 5:11 pm True. 2 years ago I thought we had great prospects in Gotts, McCalmont, Bogusz, Davis, Temenuzkov. Their loan moves or transfers were much lower profile than I expected.

Now we've got some of the best players in the championship - Drameh (last year), Cresswell, Shackleton, Roberts, (and probably Bate). It's the way the rich 6 develop players and shows that our youth system is growing in stature.

Unfortunately Millwall have a permanent option for Shack, so he'll be leaving on the cheap next summer. A mistake imo.

It's all about slow sustained growth, not boom bust, which was the Ridsdale theory... We've added 6/7, lost 2. and come out financially level. If we finish mid table that's a hell of a result.

Still expect one maybe two new names, two maybe three loans out. A possible 1 maybe 2 ending of contract by mutual agreement and pay them off.

Irish Ian wrote: ↑Mon Aug 01, 2022 8:28 am Cresswell.
I think this is another area where we as Leeds
are improving. Loaning good players to ambitious clubs. Instead of get them out the door...Can we as fans catch up in our understanding? He's improving, I love him but he's a long way to go to be ready. His loan will accelerate that progression more than a season at home. We will have a player on our hands of he stays fit and available.

True. 2 years ago I thought we had great prospects in Gotts, McCalmont, Bogusz, Davis, Temenuzkov. Their loan moves or transfers were much lower profile than I expected.

Now we've got some of the best players in the championship - Drameh (last year), Cresswell, Shackleton, Roberts, (and probably Bate). It's the way the rich 6 develop players and shows that our youth system is growing in stature.