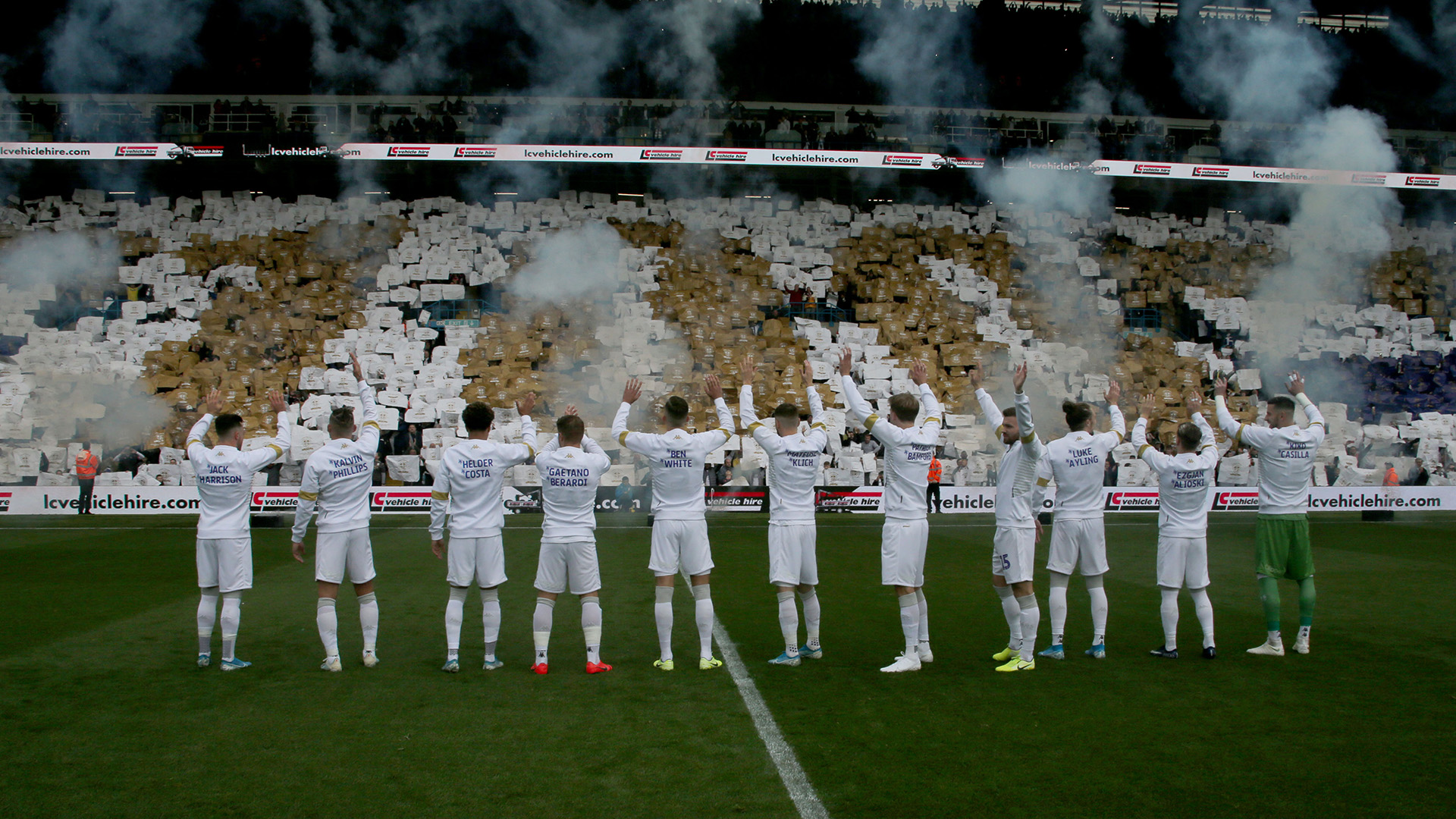 Good Morning. It's Monday 21st October, and here are the Leeds Utd headlines...

Leeds returned to winning ways on Saturday again Birmingham City at Elland Road. The solitary goal came midway through the second half when Harrison took advantage when a City player slipped. The Manchester City loanee suddenly found himself in lots of space as he was running towards the Blues goalmouth. His pass found Kalvin Phillips who drilled the ball into the back of the net.

Does anybody feel we were slightly fortunate to win? Blues keeper Lee Camp didn't exactly cover himself with glory dealing with Phillips effort, but having suffered both injustices and terrible misfortune this season, we deserved a bit of luck.

Whilst Bielsa refuses to change the starting line up or the way Leeds play, it seems that the rest of the Championship have discovered how to counter Bielsa's style of play. The Birmingham game could have gone either way in my opinion, the Blues actually had more shots at goal than we did! Is it time for Bielsa to play two forwards and drop a midfielder? Will El Loco ever change?

Birmingham fans clashed with police and stewards at the final whistle as stewards tried to apprehend a City fan who ran onto the pitch. There was a "public order incident" in the coach car park after the game.

"terrible" scenes inside the stadium from Birmingham City fans, with "a few stewards receiving punches and kicks as they tried to apprehend a Birmingham fan who ran onto the pitch".

Pablo Hernandez returned to action on Friday for the U23's where he has picked up a fresh injury!

The 34 year old had been sidelined for a month with a muscle injury. The good news is there was no recurrence of the old injury. The bad news is, our talisman now has a hamstring strain. Bielsa revealed:

He didn’t have any problem with the previous injury, but after he feels something in the back of his leg. In the hamstring.


How much do we miss Pablo? Realistically, can Bielsa expect the 34 year old (once better) to play every week? 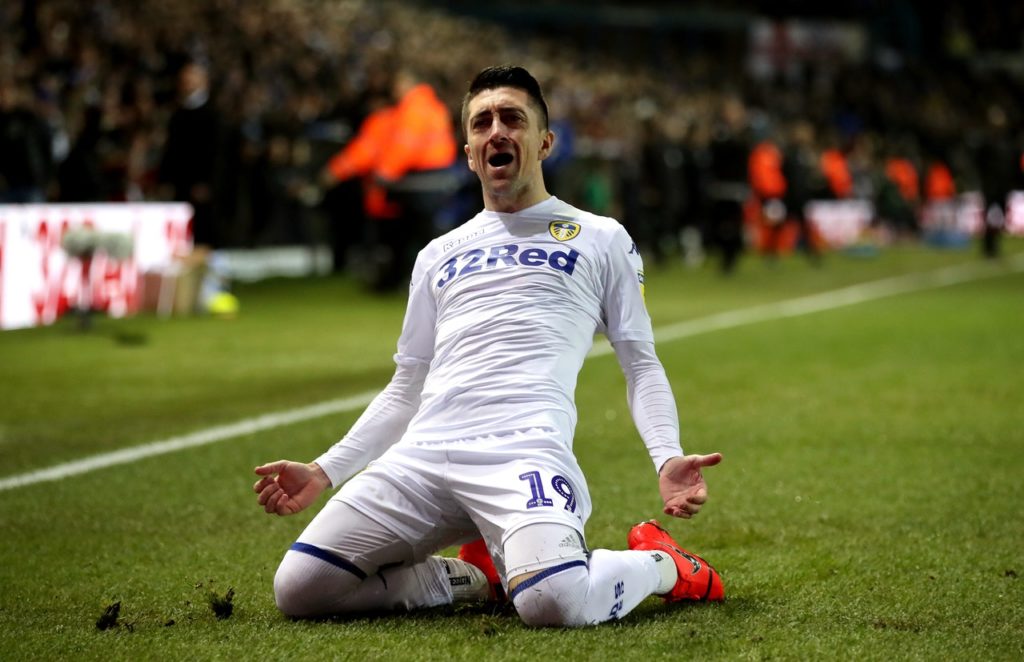 Thousands left disappointed by missing out on Centenary shirt

Whilst the Centenary Shirt has had mixed reviews by the Leeds Utd faithful, there are thousands of disappointed and angry fans who missed out on purchasing a piece of history from their beloved club.

Many of these fans follow the Whites both home and away, sacrificing both hundreds of hours and thousands of pounds each season yet our short sighted Chairman has decided that the very people that keep the club ticking over do not deserve a piece of Leeds Utd history!

Radrizzani, in his wisdom decided to print just 1919 limited edition shirts, many of which were snapped up in bulk, and found their way onto Ebay for anything up to fifteen times its original value. Obviously the shirt was sold out in hours, leaving tens of thousands of fans both angry and disappointed!

Morning EB1 and Everyone,

The Birmingham Game
Above all else it was important we won this game however it was achieved.
From what others have said, it wasn't a great performance and yes Lee Camp should have saved Phillips shot but it's about time we had a bit of luck.
This league is absolutely wide open this season. I'm sure Swansea, Fulham and Forest all expected to win at the weekend against teams in the bottom half but none of them did.
Tomorrow night's game against Preston, who also surprisingly lost, should be interesting as it puts the league's top scorers against the tightest defence.
Ben White has been a revelation for us, I just pray he doesn't get injured, at the very least until Cooper is back.

From what people have said, the Brum fans that kicked off were disgraceful.
A female steward getting punched is just disgusting. Hopefully all those involved get apprehended and get a custodial sentence.

I think the writing was on the wall for Pablo last season with the number of niggly injuries he picked up. Age catches up with all professional sports people eventually and I fear Pablo will only be a bit part player this season.
I hoped the arrival of Helder Costa would mean we didn't miss him but the truth is we do.

Just ridiculous that only 1919 were available. I do hope AR sees sense and has more made.
35,000 at just about every home game and tens of thousands more fans worldwide and they only make 1919? It defies belief.

Chilli D wrote: ↑
Mon Oct 21, 2019 9:27 am
From what others have said, it wasn't a great performance and yes Lee Camp should have saved Phillips shot but it's about time we had a bit of luck.

Often the hardest shots for keepers to save are those close to them as it is harder to get your hand down low when it is near to you then it is when you can extend yourself into a dive. You also can't really adjust your feet in time either as they are planted, but you can if you have to go full length as you can push off from them.
Senor El Weasel
Top

Lee Camp kept them in it with some very nice goalkeeping at times..
I don't like staying at home
When the moon is bleeding red
Woke up stoned in the backseat from a dream where my teeth fell out of my head
Cut it up, cut it up, yeah
Everybody's on something here. My God send chemical best friend. Skeleton whispering in my ear
Top
Post Reply
4 posts • Page 1 of 1