Good Morning. It's Friday 27th March, and here are the latest headlines from Elland Road...

Leeds United players and senior staff have agreed to take a wage deferral as part of a cost cutting exercise to keep the club on an even keel. As reported last week, the club had a conference call with all players and senior staff, asking them to consider a deferral in the pay packet. It would mean that the most players would receive would be £6000 per week. Journalist Phil Hay tweeted...

@TheAthleticUK understands that Leeds United’s players and senior staff have agreed a wage deferral to deal with the impact of the coronavirus. Expecting an announcement shortly.

Leeds Utd journalist Beren Cross has given an update on Marcelo Bielsa's current status. Previous reports of the 64 year old having temporarily returned to Argentina are premature, as Cross explains.

As far as I understand he is knocking around Wetherby still, licking his wounds after Costa closed. Thorp Arch is still an option for people to visit, on their own, but I believe Bielsa is still sticking to his flat where possible.

He’s not one to ignore the professionals and I am sure Rob Price has made it perfectly clear to him, at his age, he would be at risk if he mixed too much with the public.

FIFA have brought in emergency measures which mean loan players and those out of contract will have to stay at their clubs until the season has been concluded. Even if a player wants to move, the Fifa working party says that “priority must be given to the former club to complete their season with their original squad”. The Fifa document reads...

This is an unprecedented time for football. It is very likely that any such completion will occur after the original end date of the season. Article 27 of the Regulations on the status and transfer of players (RSTP) states that cases of force majeure (French for superior force) shall be decided by the Fifa council, whose decisions are final.


Reading between the lines, its a clause that excuses one party from fulfilling its obligations in light of circumstances totally beyond their control. Therefor loan players and player who are out of contract in the Summer are not allowed to leave until the season has been concluded. Leeds are still expected to part with their first installment for Helder Costa on the 1st July. It is all but a foregone conclusion that the Whites will complete a 5m move for French U20 International Illan Meslier from his parent club Lorient regardless of their status. 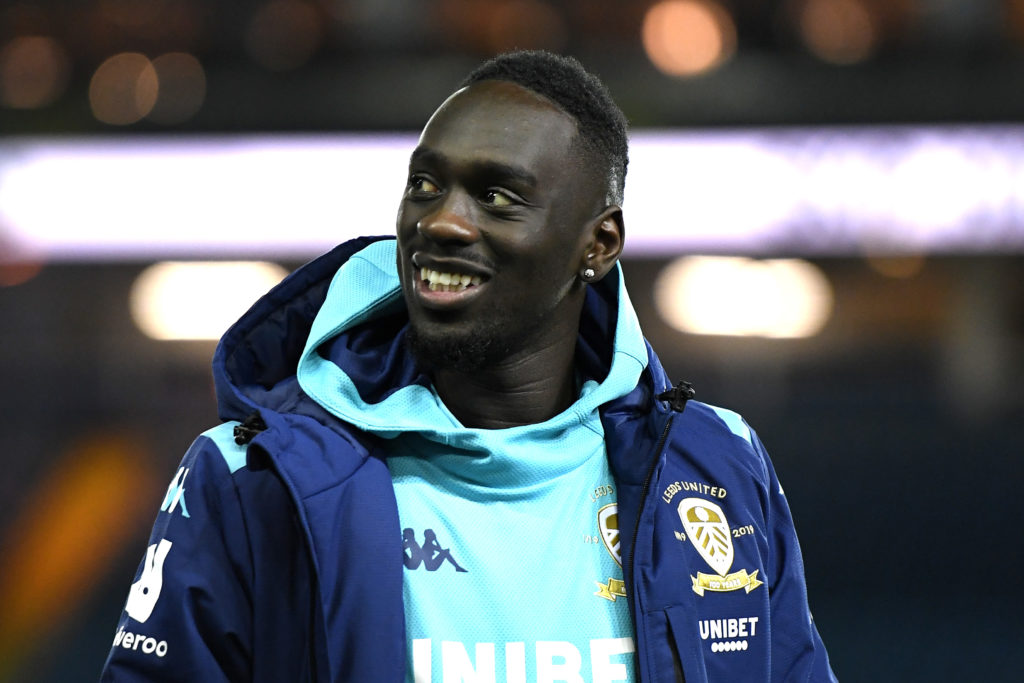 Leeds Utd Managing Director Angus Kinnear launches his first of a weekly bulletin keeping Leeds fans up to date with the goings on at Elland Road...

My programme notes traditionally open with ‘Welcome to another sold-out Elland Road’ so it is particularly sobering to be writing these having just locked the doors to our wonderful home with no immediate prospect of re-opening them. Like many businesses across Leeds, the act of sending home a passionate and committed team from jobs they love couldn’t have been more disheartening.

We attempted to find positives, we offered the use of Elland Road to Leeds City Council and donated all of our remaining food to the team at Holbeck Together, whose small band of volunteers are courageously stepping up to the challenge of those in our community who are most affected by the crisis we are facing. Whilst we appreciate there are much bigger issues at stake, there was still heartbreak at the ‘criminal act’ of not being able to find a home for 45,000 pints, of what would have been, pre-match beer.

From a club perspective our first priority has been to the health and the wellbeing of our staff, players and the wider Leeds family and the second priority has been to maintain the integrity of the club’s business model. As part of this, we took the lead in what became a growing number of voices across the wider European football family who asserted the importance of finishing this season, whatever the date, before we start the next. This will protect the individual club business models, the integrity of the individual leagues and the entire football pyramid. Importantly it will also honour the investments made by clubs and the endeavours of players, coaches and supporters over the last 37 games.

Our next challenge has been to manage a cash flow ravaged by the postponement of games, the curtailment of our ancillary businesses and the closure of the football financing market. This amounts to a gap of several million pounds a month whilst the league is suspended and a real risk to our 272 full-time staff and 2,000 casual workers whose livelihoods rely on Leeds United. Fortunately, our senior players, coaching staff and management have all stepped up to the plate and volunteered to a wage deferral until the crisis has passed.

In an age where professional footballers are much maligned, Leeds United have a team of men who immediately appreciated the gravity of the situation and understood the part they could play. Never has Billy Bremner’s mantra of ‘Side Before Self’ been more enthusiastically embraced. I couldn’t be prouder of our group of players and, when they secure the promotion they so richly deserve, their status as heroes will be justified for more than one reason.

Their heroics are, however, currently being dwarfed on a daily basis by frontline health workers across the globe. One of the positives that I am sure will emerge in the UK from this pandemic is that the commitment, skill and selflessness of our NHS will be truly valued by the country as a whole. The bravery of our NHS staff is humbling and puts the relative importance of football into sharp context.

But football is still important, and it is no surprise that, after the headlines on the extent of government lockdowns or global infection rates, the next-most covered topic is when football will resume. Over the last week we have seen 50,000 supporters watch each of the video game simulations of our postponed matches and, despite the economic challenges, we have had over 500 supporters a day renewing their Season Tickets for a season that is yet to have a start date (for those who simply can’t renew, due to circumstance, the window will obviously be extended).

This wonderful show of commitment is helping sustain the club through dark days and is fuelled by a pride and a sense of belonging and shared passion which will always be bigger than 11 players and whether we win or lose. I know that when matches do return we will all appreciate the game, and our part in it, even more and, if there is one city and one club that can emerge from this crisis stronger, it is Leeds and Leeds United. 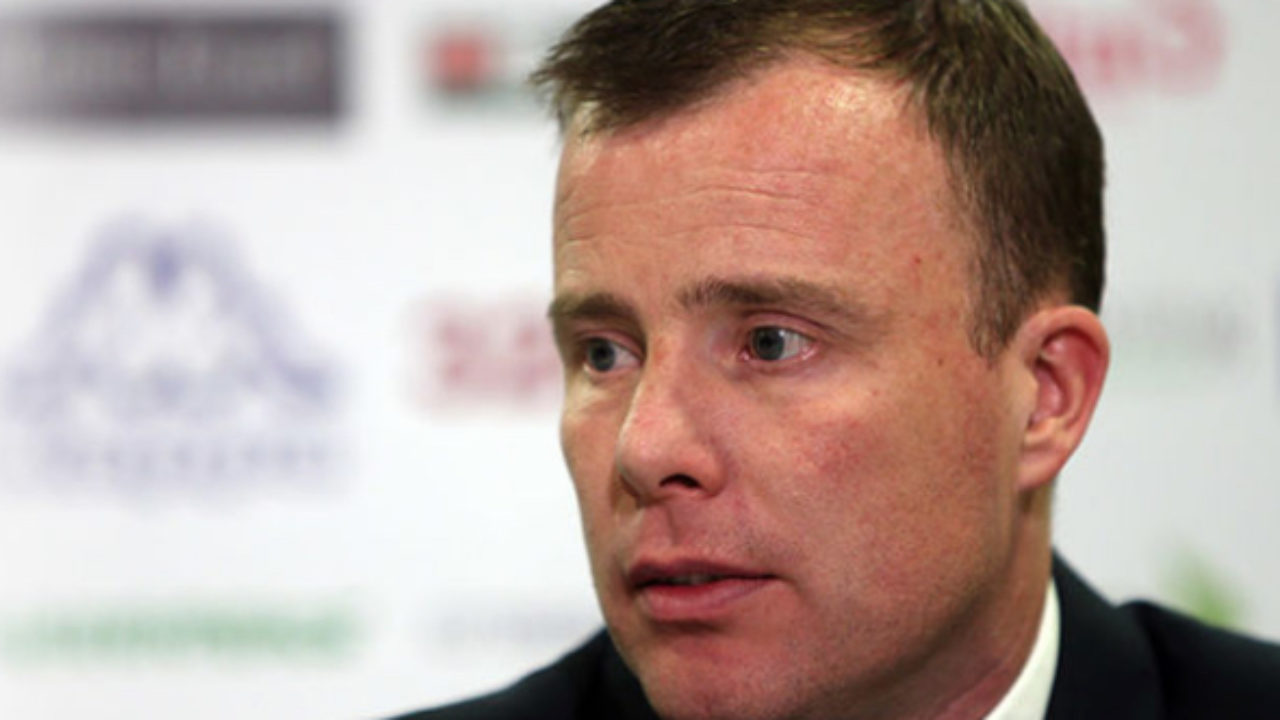 I'm not surprised Matt, probably the worst pint you can buy!

Beer will keep, what's he on about.
It will all come clear in the end
Top

45,000 bottles of beer on the wall...by the time we get to one maybe the season will have started again
Honey dipped flim flam
Top
Post Reply
4 posts • Page 1 of 1