Help support the site by using our Amazon Affiliate link when making any purchases from Amazon.
Post Reply
119 posts

It is rumored that Norman is in intensive care fighting Covid 19.Hope and pray this is not true.If there is one person who you could beat this it,s Norman.A great man and and even greater player.
Top

Have just seen on another forum that it is rumored that Peter Lorimer is also suffering.Please let this be not true.
Top

If this is true I wish Norm & Peter well

You two are going nowhere. This is our centenary promotion season and you'll be around to see us go up. Don't you dare leave us now ! See it through guys !
Championys !

Sadly it is true regarding Norman. Get well soon
Top

A true legend and a man of integrity. Called it as it was, unlike some of the more spineless types.

The latest news is it is confirmed that Peter Lorimer does NOT have covid 19 which is a blessing.But unfortunatly Leeds can confirm it is right about Norman.Come on norman you have fought many battles please fight this one.
Top

Not many with the fight Norm has.

Good luck Norm.
It will all come clear in the end
Top

Stay Strong Norman, a real true legend, and a player whose skill was so under appreciated by folks outside the Leeds fold.

Routing for you bug fella
Top

Get well soon Norman and Peter.
There Is Only One United.
Top

must be one helluva brave coronavirus to mess with our norm.....

Just love all your comments....and agree with all your sentiments.....you are such wonderful people on this forum...Marching on Together
Top

Norman Hunter continues to battle the COVID-19 virus in hospital and whilst he is, as expected, fighting incredibly hard, remains severely unwell.

His family would like to take this opportunity to thank all Leeds United supporters for their amazing messages and well wishes.

They would also like to say a huge thank you the NHS doctors and nurses who continue to do an amazing job 24 hours a day for Norman and all of those currently in their care.

As a club, we would also like to thank our fans, the wider football community and the media for respecting the wishes of privacy from the family at this time.

We will continue to provide regular updates in the coming days.

Keep fighting Norman, we are all with you.
Top

I really hope he pulls through, makes us mere mortals realise we are all vulnerable to this virus
https://www.youtube.com/watch?v=RAO2qaLgzeg
Top

Velotrax wrote: ↑Thu Apr 16, 2020 2:44 pm I really hope he pulls through, makes us mere mortals realise we are all vulnerable to this virus

This disease is scary Velo

I agree Leon, but the muppets around me are still in party mood.....wonder when it will become wake mood ? I guess all the weed they smoke makes them invincible...NOT !
https://www.youtube.com/watch?v=RAO2qaLgzeg
Top 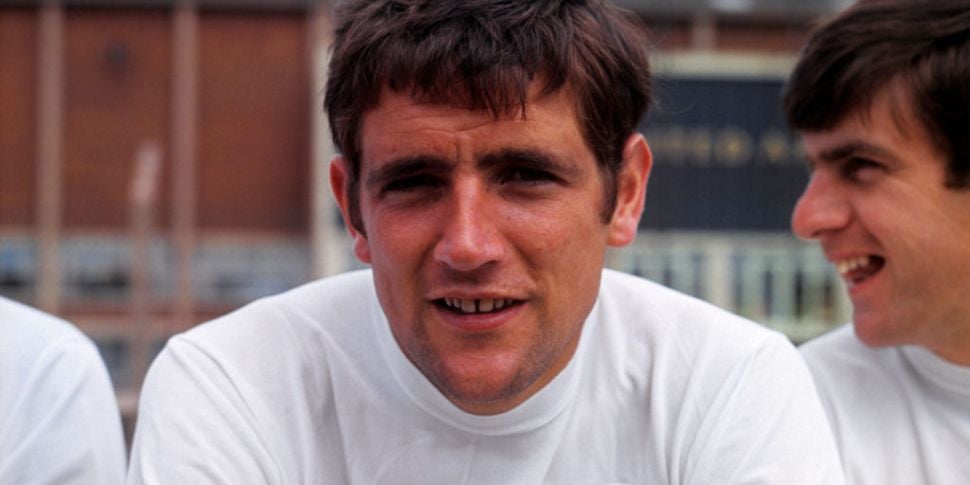 Leeds United are devastated to learn of the passing of club icon Norman Hunter at the age of 76.

Norman was taken to hospital last week after being diagnosed with COVID-19 and despite continuing to battle and the best efforts of NHS staff, he sadly lost his fight earlier this morning.

Born on Friday 29th October 1943 in Eighton Banks, County Durham, Hunter left school at the age of 15 to become an electrical fitter.

Playing for Birtley Juniors, he was scouted by Leeds and following a trial game was offered a place on the club’s ground staff.

Making his Leeds debut against Swansea Town at the age of 18 on Saturday 8th September 1962, he helped Don Revie’s side to a 2-0 victory and would go on to become one of the greatest centre-backs the game has ever seen.

Hunter amassed a huge 726 appearances for Leeds United over a 14 year period, the club’s most successful to date, earning the infamous nickname "Bites Yer Legs".

Helping Leeds rise from the Second Division, Hunter was at the heart of the defence as the club became champions of England twice and Inter-Cities Fairs Cup winners twice, along with successes in the 1968 League Cup, 1969 Charity Shield and 1972 FA Cup.

He won a total of 28 caps for England and was in the 1966 World Cup winning squad, whilst was also the first winner of the PFA Players' Player of the Year in 1974.

Hunter left Leeds to join Bristol City in 1976, prior to a spell at Barnsley, who he later went on to manage along with Rotherham United.

Norman remained part of the furniture at Elland Road throughout the years, being a regular speaker in the suite named in his honour, and was in attendance as recently as last month’s victory over Huddersfield Town.

He leaves a huge hole in the Leeds United family, his legacy will never be forgotten and our thoughts are with Norman’s family and friends at this very difficult time.
Top