Good Morning. Its Friday 10th April, and here are the latest headlines from Elland Road...


Championship team of the season is revealed

The Yorkshire Evening Post took part, along with 14 other journalists covering teams in the second tier of English football to pick a Championship team of the season. Unsurprisingly, three Leeds players Ayling, White and Phillips all made the starting XI. Did they miss anyone out?

Who would you have in your Championship team of the year? 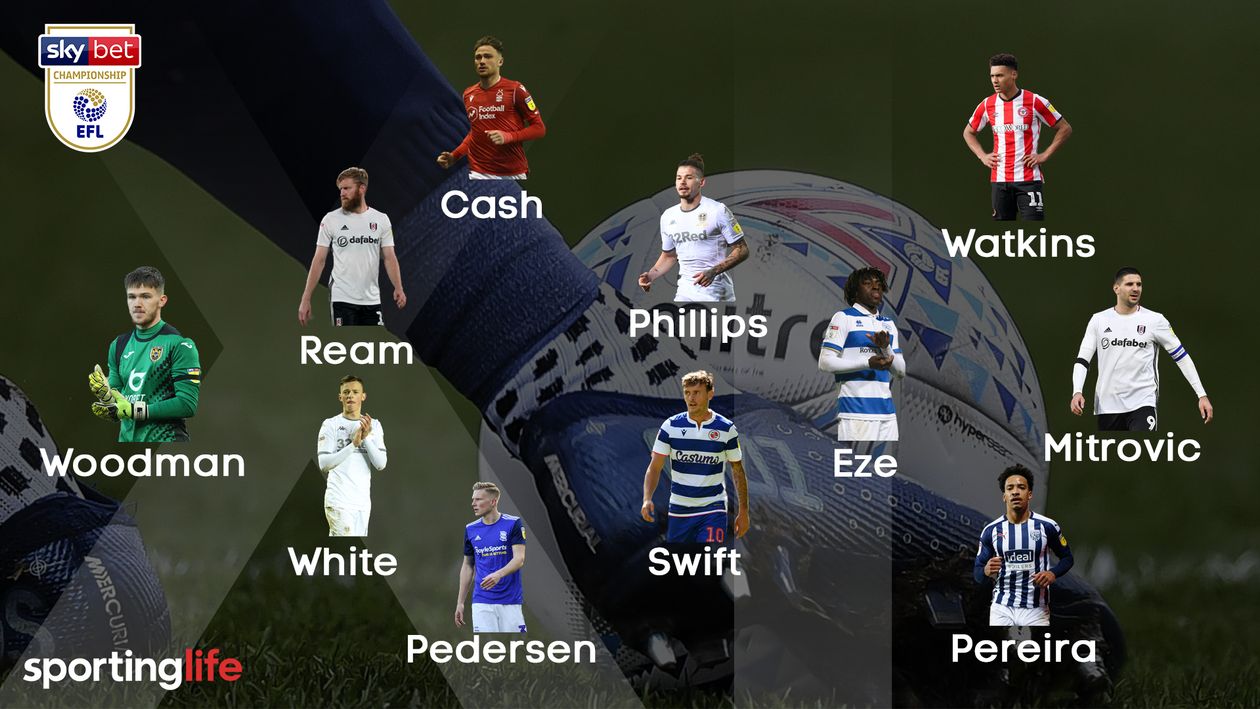 Leaked documentation from the EFL have revealed that all clubs in the Championship and lower leagues have been told to resume full training by 16th May at the latest. All 71 clubs were written to yesterday by EFL Chairman Rick Parry detailing plans to get their remaining fixtures underway.

Although a timescale was not been set, it is believed that games will get underway by mid June, with an aim of completing the remaining fixtures by August. Bielsa is set to tell his players to take a four week holiday (I hear West Yorkshire wil be a popular location for them). This will him them a chance to recharge their batteries.

Each club received the following letter from Rick Parry...

The EFL Board have determined that, to provide a level of certainty, clubs should be advised not to recommence any training activity with players until 16 May at the earliest.

Whenever the decision is taken that is safe to resume, we currently estimate that the league will require approximately 56 days to complete the outstanding matches in the season (including play-offs) and we are committed to ensuring that clubs are provided an appropriate notice period to ensure you are able to prepare operationally given the scale and impact of the postponements in place.

How and when we return [including training] is clearly subject to change and any decisions will be taken in conjunction with the Government and relevant health authorities. Clearly, we are in a position whereby the 2019-20 campaign will be extended, but still remain hopeful of a conclusion in the summer months.

The EFL Board is currently working on the basis that the end-of-season play-offs will take place across all three divisions as normal with two-legged semi-finals and a final, although no decision has been taken on the likely venue as it will depend on the circumstances at play at the time.

In other words, they still hope to be able to stage the finals at Wembley, but this cannot be guaranteed. It’s quite possible that the games will need to be played behind closed doors, at least to start with, and the letter says “It is our working assumption at this stage. We are absolutely mindful of the need to try and mitigate the cost of this to clubs as best as we can.”

Phillips given cold shoulder by team mates after sending off

In a recent interview with Sky Sports, Luke Ayling revealed that Kalvin Phillips was given the cold shoulder by his Leeds United teammates after he was sent off against QPR. Phillips would go on to miss three cruital games following his straight red card for a reckless lunge on Geoff Cameron, sending the USA International defender sprawling in agony. Ayling revealed that he and his fellow teammates ignored Phillips...

We just ignored him! I went in after and said 'Kal, you've been silly',"

The game was pretty much done, we were going through a tough spell and Kalvin is such a big player for us. For him to be missing for three games was such a big loss. It really hurt us.

To be fair to him, though, he never made excuses. He said sorry and that he had been stupid. It shows his character that he knew he had done wrong.


I couldn't look at him when he got sent off!

But I think, even if we were 1-0 up, Kalvin would still make that tackle. If you take that part out of his game you take out a lot of him. He plays on the edge sometimes, and that's like some of the best players in the world.

It can be a very good attribute to have.

Just goes to show how highly Kalvin's teammates rate him more so than some on here!

Ironic how we went on a six game unbeaten run since his return at Brentford where none of their free-scoring front three hardly got a kick. Phillips has been magical since his comeback at Brentford......

Controls the play from the back, makes us tick allowing the likes of our flair players such as Pablo, Klich, Harrison & Costa to show their quality & tricks!

We'll miss him big-time if he does leave Leeds
Top

Dallas, Hernandez, Klich & Harrison all more hard-working & effective plus our lads possess as much quality as their opponents and should be in the championship team of the season.

A bit rich from Cooper.
It will all come clear in the end
Top

Yes when you consider Liam's disciplinary record during his time at Leeds.

eastyorkshirewhite wrote: ↑Fri Apr 10, 2020 12:11 pm Poor old Cooper still getting in the neck even when we are not playing


Don't you think it's pot kettle black, the tackles he's put in over time.

I'm not a Cooper basher, but honestly think it's very rich coming from someone who has made more than his fair share of wreckless challenges over the seasons.
It will all come clear in the end
Top

eastyorkshirewhite wrote: ↑Fri Apr 10, 2020 12:11 pm Poor old Cooper still getting in the neck even when we are not playing

Not bashing Cooper, he's had his best season since his arrival at Leeds.

All players make errors of judgement in their career though!
Top

1964white wrote: ↑Fri Apr 10, 2020 10:54 am
Still think if we had took our chances earlier in that game KP wouldn't have made a desperate lunge to retrieve the ball so late in the game

Agree if we are winning that game the lunge wouldn’t have happened but that goes for many games, been said on here often we need to be scoring some of the many chances we create so that we aren’t chasing games
A bumble bee under the laws of physics shouldnt be able to fly, but it does because no one has told it that it can't
Top

That's actually a cracking Championship team which would more than hold its own in the Prem.
Not sure Samba is the best keeper though.
Top

How is Klich not on that team?

You could also make a case for Pablo, Dallas, and Harrison, but leaving Klich off is absurd.
Top
Post Reply
14 posts • Page 1 of 1