Good Morning. It's Thursday 6th July, and here are the latest headlines from Elland Road...

With five weeks to go until the new season kicks off, Marcelo Bielsa is yet to sign is new contract, but should the Leeds fans be concerned? Not according to Leeds Utd journalist Phil Hay. He believes it would make no sense for anyone — Bielsa, Orta, Radrizzani or the Leeds’ squad to part company at this time!

The City of Leeds loves Bielsa. He has done in 24 months what 14 previous Managers attempted, but failed to do! Why would he leave now, when he can lock horns with the likes of Guardiola, Mourinho, Klopp and fat Frank. Leeds Director of football Victor Orta was instrumental in bringing Bielsa to Elland Road. It could not have happened without him. The excitable Spaniard is optimistic Bielsa will stay at Elland Road.

We’re having very positive talks with Marcelo daily. We’re hoping that we’re going to be working towards the Premier League season (with him) because we’re planning a really good project there.


Sources close to Bielsa are confident the Argentine will sign on the dotted line but insisted he won’t be rushed. He will not sign until the terms of his contract are crystal clear. Very rarely do his expectations revolve around money. All parties remain confident that a deal will be announced before training resumes next Wednesday. 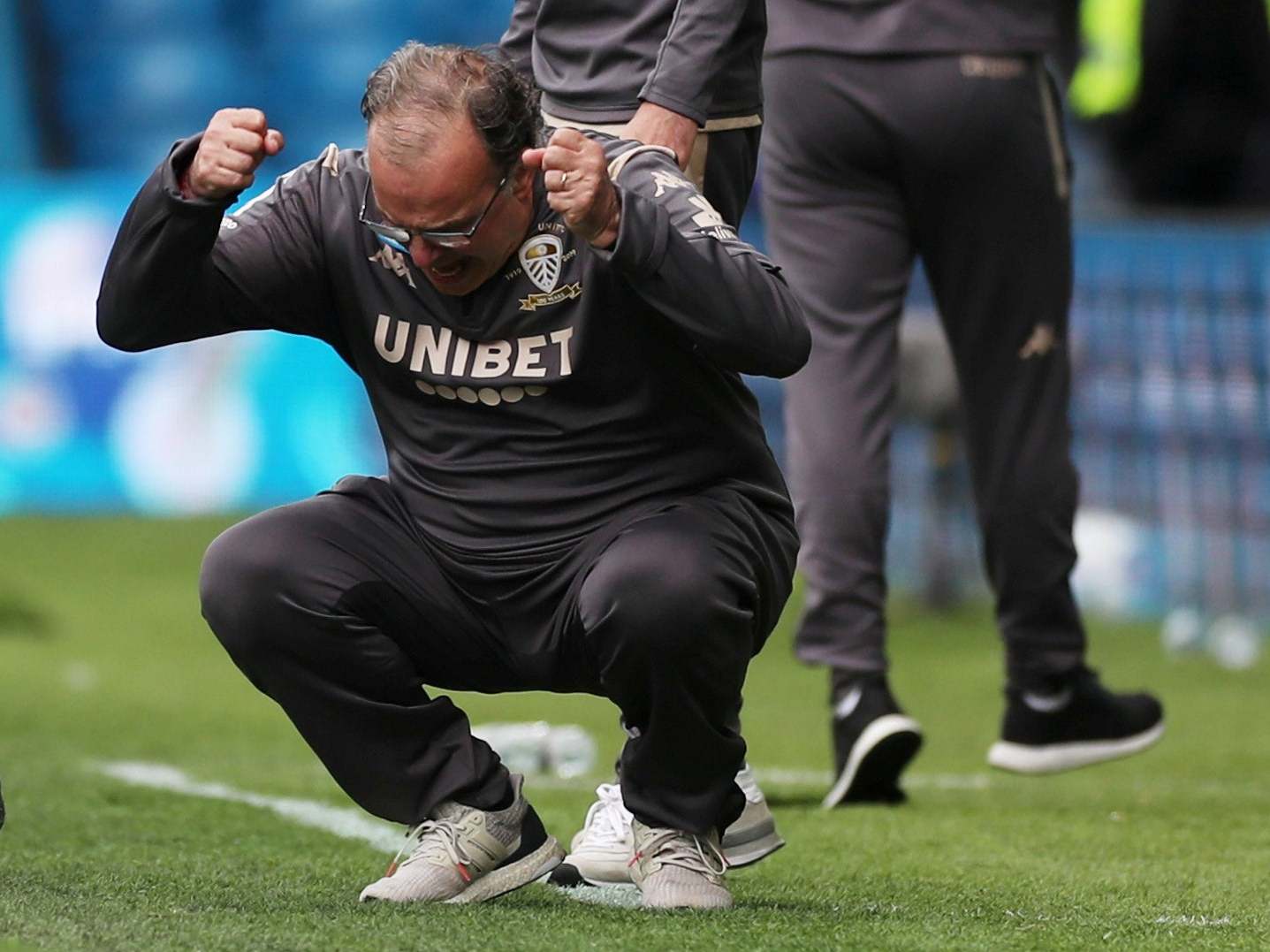 Leeds Utd have emerged as favourites with the bookies to sign Brentford striker Ollie Watkins. The 24 year old had a clause in his contract saying if the Bees failed to win promotion, he would be able to leave the club for £18m. Watkins was the second highest goal scorer in the Championship last term, netting 25 times, one less than tp scorer in the Championship Aleksandar Mitrovic!

Will the former Exeter City youth player be able to produce the goods in the Premiership? Is £18m cheap for a player of his talents?
Would Leeds be able to afford an established top flight player?

Belgium media have disclosed today that Leeds were prepared to bid £31.6m to Bring Jonathan David to Elland Road. Unfortunately for the Whites, the Canadian International has his heart set on Lille! Had Leeds signed him, how much of their transfer kitty, would that have eaten up? 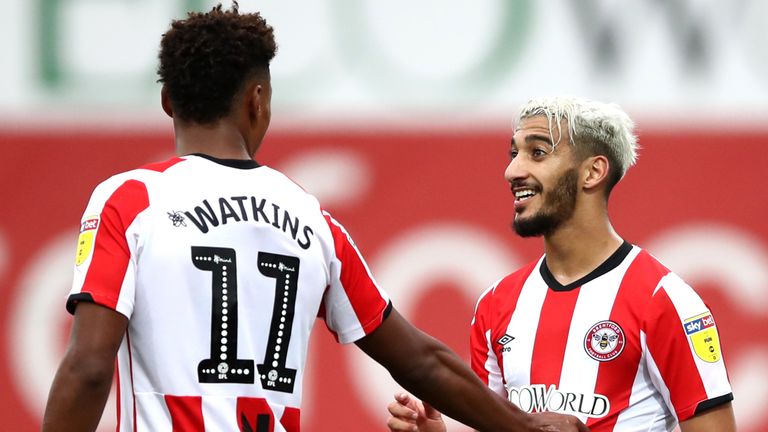 Noel Whelen believes that Brentford's attacking midfielder Said Benrahma fits the bill, and ticks all the boxes for Leeds Utd. The former striker believes that Benrahma would be an ideal replacement for Hernandez.

According to Get French Football News (GFFN), Chelsea have offered the services of Michy Batshuayi to Leeds this Summer. The 26yo signed for the Blues back in 2016 for 33m, but has had limited success on loan to Dortmund, Valencia and Palace where he netted five times in 11 appearances.

Media outlet TMW claim a deal is edging closer to bring Spurs centre back Juan Foyth to Elland Road with a suggested fee of 15m.

Kun Temenuzhkov has joined third-tier Spanish side Real Union on loan. The 20yo joined Leeds in the summer of 2017 from Barcelona’s youth side and has since been a regular in the club’s Under-23 side scoring regularly for the reserves. Unfortunately he has failed to make the step up. to the first team! 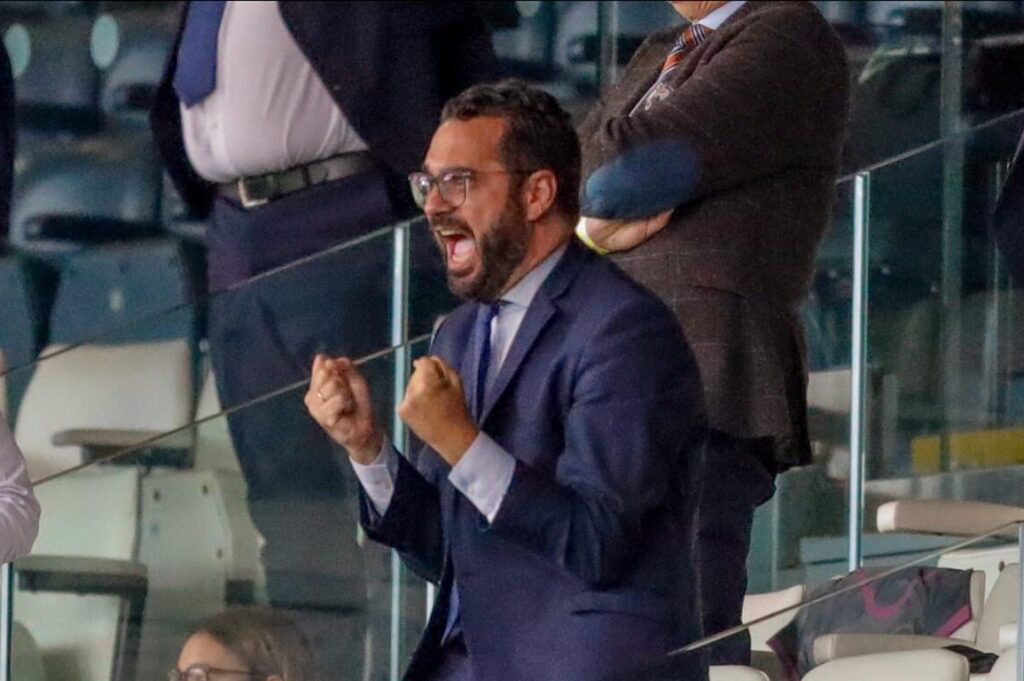 Minus 15 for Costa, and the money they will have to hold back for JKA. ( who I suspect is one of the issues in MB not signing up yet. I wonder if Orta is trying to get Bielsa to give him another go,)

I don’t think I would want to pay any more than £18m for Watkins.

£31.5m for David seems excessive (never seen him play so don’t really know) but kind of glad he prefers Lille (why would you?).

If we’re still interested in Foyth then that may suggest we’ve given up on landing White which would be a crying shame imo.

Still can’t help but think we should have got Buendia for £1.5m before Norwich nicked him. So to now have to pay £25m would be a bit galling!
Top

Not worried about Bielsa. If he was going to walk he would have gone after the final game of last season. Bielsa will be aware of what & where we need to strengthen, and i'm sure that will be his and Leeds priority.

We all want the club to act quickly over transfers, but the calibre of players we are now linked with, means Clubs agents and players will wait until they are guaranteed the best offer to suit all parties involved. It could turn out to be another frustrating window, particularly regarding English league based players.
Top

It seems to me a lot of things are being hashed out behind the scenes and the 'security' of Bielsa's signature will be the final step. I'm confident that all that's happening now is planning, planning and more planning. Once everything is in place, Bielsa will sign the contract and business will be concluded quickly. I'm sure this is down to his experiences at Lille and Lazio, where they broke their promises to him six months and mere hours after his contract was signed respectively so I reckon this is just pragmatism, not reluctance of any kind.

After two seasons I'm pretty comfortable with Radz running the show and I trust him not to do anything silly. How many owners could we have said that about over the past 16 years?

Watkins is a very interesting one and out of him and Benrahma, I'd put Watkins down as more of a Bielsa player. He's versatile, able to play up front or on the wing (maybe AMF too?), a good finisher and I honestly would have him over Bamford any day. Not going too hard on Paddy, I think he really stepped up in all areas of his game since the end of lockdown and like the rest of the team, he did the job and got us promoted. But if Watkins can match him on the pressing part of the system, then it's a no-brainer.
Top

Minus 15 for Costa, and the money they will have to hold back for JKA. ( who I suspect is one of the issues in MB not signing up yet. I wonder if Orta is trying to get Bielsa to give him another go,)

The word from da hood is that Leeds have offered 10m for Foyth, but Spurs are holding out for 12m.
Top

Bielsa does have a history of walking out if he doesn't agree with how a club is being managed.
There is also the factor that he has been living remotely from his family, due to lockdown.
The sooner he signs on the dotted line, the better.
Top

I think I’d prefer Foyth over White if I’m honest. Liverpool are sniffing around White, he is English and will sell for silly money. Struijk covered Phillips position better than White did. Foyth started out as an attacking midfield player and he has PL experience where White doesn’t. Foyth being Argentinian Would be able to relay instructions to the team if Bielsa was trying to get them on the pitch, at £12m it would be good business for an Argentinian international who is young and could be moulded by Bielsa
Top

No release clause exists, the fee Brentford want is £25mil each. Wouldn't go near that for Watkins so he is a no go hopefully.

Foyth
Id be much happier with Foyth at £10-12mil then paying £20-30mil for Ben White. Love Ben but in the Prem he is a total unknown. Foyth has played in the Prem and Europe. He is a full Argentinian international already and yes he may not be perfect but he is far more reasonable price wise and clearly has talent.

Wouldnt be a bad shout for a reasonable price. Prem strike rate of goal every 120mins, Europa league every 172, Champions league every 137mins.

Did well on loan at Dortmund, 7 goals in 1p games. Belgium arent a bad sideat all and he has 16 goals in 29 caps.

Knows MB from Marseille, still only 26. He is far from a bad player just never really been given a proper chance at Chelsea. Despite being there for a few years he only has played about 27 matches worth of minutes. 25 goals 6 assists in 2428mins is exceptional.

Goal every 97mins for Chelsea.

See we have been linked with Connor Gallagjer on loan from Chelsea and Norwich will sell Buendia for £20mil. Would take both.
Top

I personally would take bats over Watkins, don't like Watkins for the reason,he seems like he is always trying to con the ref,
having said that VAR would find him out ,if it worked properly
Top

Spk wrote: ↑Thu Aug 06, 2020 1:45 pm I personally would take bats over Watkins, don't like Watkins for the reason,he seems like he is always trying to con the ref,
having said that VAR would find him out ,if it worked properly

Welcome to the forum Spk.
Top

Wouldnt be a bad shout for a reasonable price. Prem strike rate of goal every 120mins, Europa league every 172, Champions league every 137mins.

Did well on loan at Dortmund, 7 goals in 1p games. Belgium arent a bad sideat all and he has 16 goals in 29 caps.

Knows MB from Marseille, still only 26. He is far from a bad player just never really been given a proper chance at Chelsea. Despite being there for a few years he only has played about 27 matches worth of minutes. 25 goals 6 assists in 2428mins is exceptional.

Goal every 97mins for Chelsea.

Would be more than happy with Batshuayi, as you say, never been given a proper chance to shine. A Chelsea-supporting mate of mine's been driven to distraction by the decision to keep playing the likes of Giroud over him, he's quite highly regarded.

Was also really impressed with what I saw of Gallagher at Swansea, really pushed the team up a notch.
Top
Post Reply
12 posts • Page 1 of 1