Help support the site by using our Amazon Affiliate link when making any purchases from Amazon.
Post Reply
39 posts

Good Morning. It's Monday 28th September, and here are the latest headlines from Elland Road...


Bamford to the rescue again

Leeds won the bragging rights as being the best team in Yorkshire, courtesy of an 88th minute header by rejuvenated Patrick Bamford. It looked like the war of the White Rose would end in stalemate having seen both Meslier and his counterpart Ramsdale pull off save after save. The 27 year old became the first player since Mick Jones in the 1968-69 season to score in Leeds first three opening matches in a top-flight season.

Bielsa's put faith in the same starting line up that had gained promotion from the Championship back in July; Koch being the exception, having only signed for Leeds earlier this month. The German International defender had a far more accomplished and solid performance; recording three clearances, six aerials won, one interception and a blocked shot. He and Cooper marshalled the defence well. It will be interesting to see where new signing Diego Llorente fits in.

The only disappointing performance came from Tyler Roberts. Are his days numbered at Elland Road or should he be sent out on loan? People tend to forget, the Welsh International is only 21, 18 months older than Ryan Edmonson!

After the Blades win, Leeds have risen to 6th in the Premiership (joint 4th without GD). Will the visit of Manchester City spoil their fairytale start to the season on Saturday? 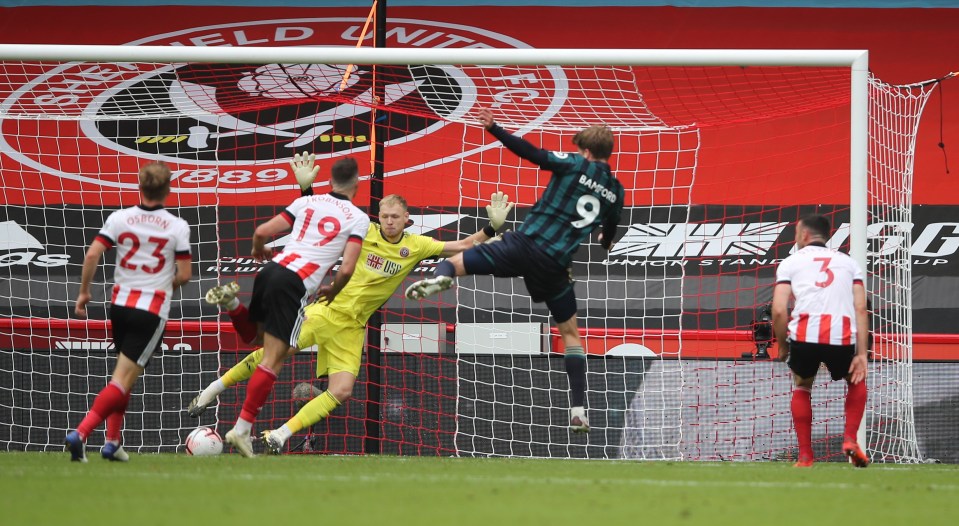 It is believed that that Leeds have offered £18.2m for the versatile midfielder who can play central, defensive or attacking midfielder! This morning, Leeds Utd journalist Phil Hay posted an update on twitter saying the report was 'accurate' and that 'talks have taken place and all sides are open to the possibility of a deal'. 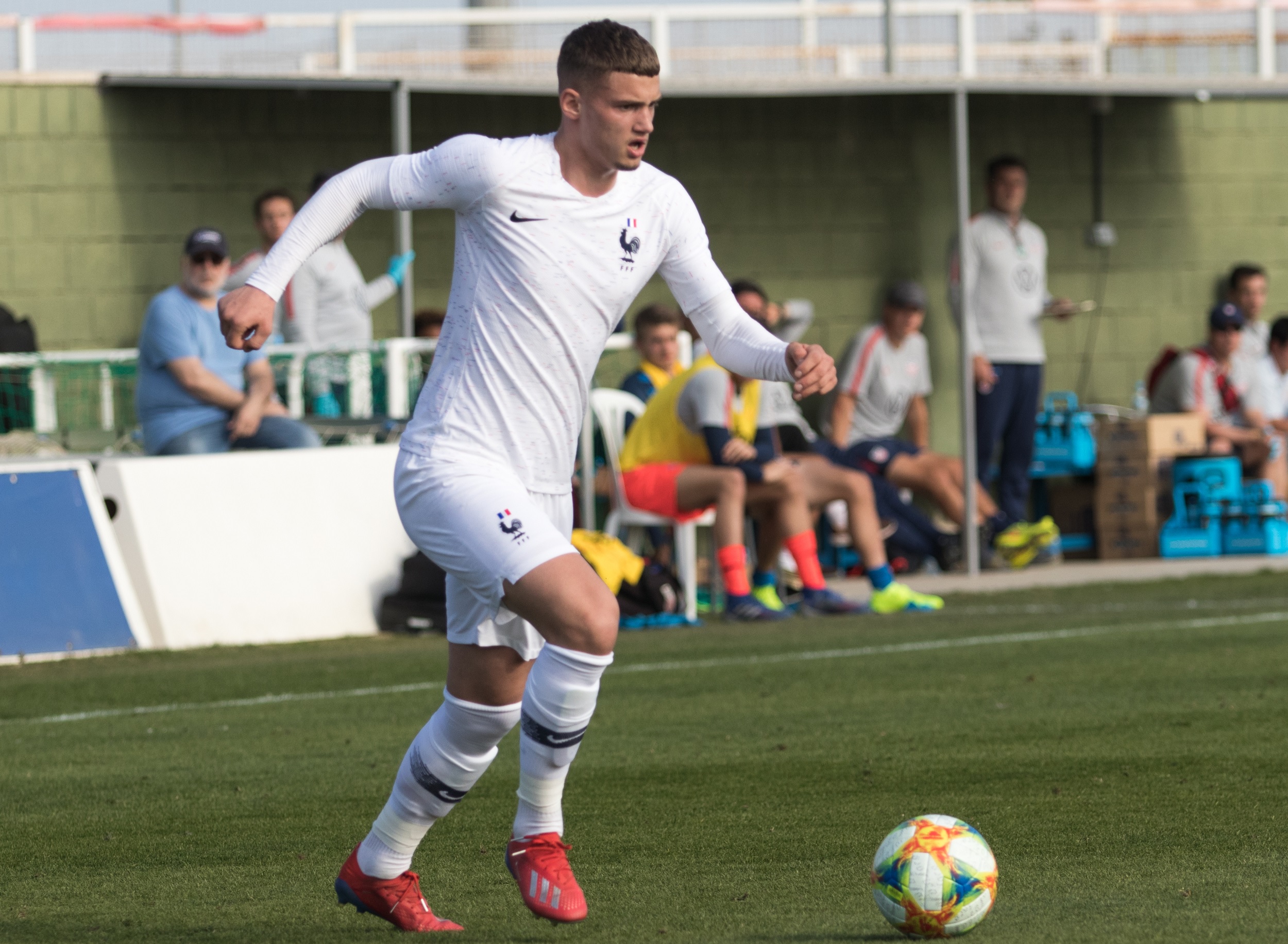 Amid media reports stating Manchester Utd winger Daniel James wanting to stay at Old Trafford and fight for his place, Leeds journalist Phil Hay disclosed that the 22 year old would be open to a move to Elland Road.

'It's not a secret that Leeds are keen. There was no mention of his fitness yesterday but clearly he didn't make the 18 and our understanding is that he'd be open to a move to Leeds. He's had a hard time at Old Trafford and it's hard to say where exactly he fits under Solskjaer. One to watch'.

It's also been revealed that Brighton have joined the race for the Welsh International. 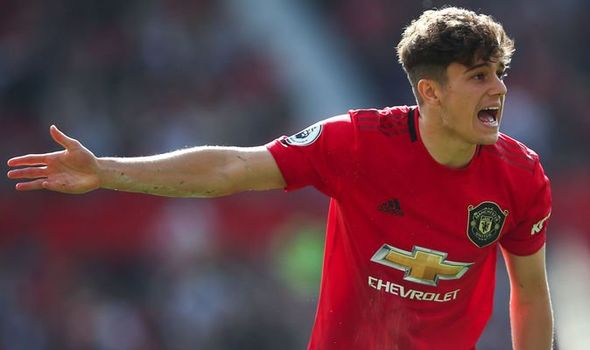 Cuisance - Cue a collective "whoa!". If we're getting in Bayern Munich-quality talent now, can you imagine where we'll be by the end of next season?

James - Happy to have him, though not at the expense of Cuisance.
Top

I think we had already won the bragging rights as being the best team in Yorkshire, after an even 1st half we were the better team, by far, in the second half (as confirmed by the stats) and, thankfully, with Bamford’s goal, we got the win we deserved.

If Cuisance gets any game time at Bayern then he must be pretty good and if Bielsa wants him then that’s ok by me.

For some reason (don’t know why) I hope Dan James does come to Leeds. Although with Harrison, Costa and Poveda all playing well at the moment he might struggle to get a game for us.
Top

I see the stars are aligned to make Roberts this season's fan scapegoat.
A Roman walks into a bar, sticks two fingers in the air and says 'five beers please'.
Top

Have you noticed how much blinking Wilder does? Not so much this interview but another one I saw the other day. It's either to mask his exaggerations or to cool his mouth down in time for the next excuse. I think he's an example of the worst type of Yorkshireman, with a permanent whine ("whinge"?) in his voice and everything's t'other's fault never his.

Wow what a signing Cuissance would be

I'd take any of the Bayern main squad in a heartbeat

Forums exist to offer fans an opportunity to express their opinions. I don’t think there is any intention to victimise Roberts or make him a scapegoat but there’s no point in saying he’s playing well if he isn’t.
Top

Not a scapegoat Harry, Roberts is simply not good enough at this level yet, not his fault I may add

Tyler wasn't outstanding in the championship apart excellent three games (two of them in the previous season), had my doubts about this lad before the PL commenced as this league is top level football. Our main starting XI were proven in the champs so they had a head start on Roberts & were much more likely to adapt in the different class above

I believe I & many others thought Roberts needed to go out on loan when we did the Player Profiles during the summer!
Top

I must admit, my words haven't exactly been flattering but he is still very young, I'll certainly give him that. It's just a question of whether we have the luxury of giving him first team time to improve at the expense of more experienced, confident and in most cases 'better' players being able to influence these valuable games in our quest for survival.

I think scapegoat is too strong a word anyway. There's nothing to warrant a scapegoat, we've not failed at anything yet.
Top

Byebyegeegee wrote: ↑Mon Sep 28, 2020 9:13 am Forums exist to offer fans an opportunity to express their opinions. I don’t think there is any intention to victimise Roberts or make him a scapegoat but there’s no point in saying he’s playing well if he isn’t.

Cuisance - Cue a collective "whoa!". If we're getting in Bayern Munich-quality talent now, can you imagine where we'll be by the end of next season?

James - Happy to have him, though not at the expense of Cuisance.

What goes around comes around

Season 2019/20: Bamford gets lambasted every game, and at every opportunity.

Season 2016/17: Was that Ayling's season? Or was it someone else's.
A Roman walks into a bar, sticks two fingers in the air and says 'five beers please'.
Top

What goes around comes around

That's certainly my hope pal, though Llorente certainly makes our need a lot less urgent in that regard. Still, going on the here and now, can you imagine a Koch/White combo?

mothbanquet wrote: ↑Mon Sep 28, 2020 9:40 am That's certainly my hope pal, though Llorente certainly makes our need a lot less urgent in that regard. Still, going on the here and now, can you imagine a Koch/White combo?

A dream duo at the heart of our defence

Norm wrote: ↑Mon Sep 28, 2020 9:03 am Have you noticed how much blinking Wilder does? Not so much this interview but another one I saw the other day. It's either to mask his exaggerations or to cool his mouth down in time for the next excuse. I think he's an example of the worst type of Yorkshireman, with a permanent whine ("whinge"?) in his voice and everything's t'other's fault never his.

That cuisance looks a decent player, that would be a dream move if leeds could pull this out.
Top

Only question over Cuisance seems to be his attitude. Has kicked off when not selected, apparently. Read that as enthusiasm or immaturity, but we can't have any prima donnas in the squad. Hopefully Bielsa will sort him.

Roberts... hasn't had any consistent time in his best position, but then hasn't warranted it either. Difficult to see that changing now we're at a higher level. Still, if Bielsa wants to persevere with him, who are we to argue.
Leeds are a myth.
Top

We have been linked with a 14m move for the Norwich midfielder (22). Wilder I was warming to him last season with their spirited campaign but now they are struggling his true side comes out, ginger, whinging little man, who blames everyone but himself. He's going to be like that small no mark we had to listen to for the last two seasons in the championship, so small I can't even remember his name

If we get Cuisance that would be a great signing for me, I would like Daniels but mainly just to wipe the smug look off the scums faces when Bielsa turns him into the next Gareth bale
A bumble bee under the laws of physics shouldnt be able to fly, but it does because no one has told it that it can't
Top

Isn't it great to begin the week with another three points on the board.

I see the U23s are playing today, might be a chance for Llorente to get some game time.

I have to say I am bewildered by the names being connected with Leeds now, but after an AFM I don't see the need for another winger. We have loads.

Re next week, no Harrison but if Pablo comes in we could see Rod out wide. Can't see Poveda starting.


Some clips from the Guardian.

Meslier Siezes Chance
Marcelo Bielsa says he is not a goalkeeping specialist but the Leeds manager clearly harbours both an eye for a keeper and the emotional intelligence to assess when to hurl one in at the deep end. That is what happened to the inexperienced 20-year-old Frenchman Illan Meslier during the final segment of last season, when he stood in for Kiko Casilla during the Spaniard’s eight-match suspension for racial abuse. Meslier responded by doing so well as Leeds won promotion that he is now Bielsa’s first choice. Admittedly eyebrows were raised when he conceded seven goals in his first two Premier League games but the youngster shone, making a handful of exceptional, game protecting saves, as Leeds prevailed 1-0 at Sheffield United thanks to Patrick Bamford’s late header. Like Meslier, Bielsa has retained faith in Bamford and a striker who supposedly cannot really finish has rewarded such belief with three goals in as many games. Talk about managerial nous!


Lampard on thinning ice
Sentiment got Frank Lampard the job at Stamford Bridge but will not keep him in it. Chelsea need a better manager. So Lampard must improve or be replaced by an expensive upgrade. That’s the sort of ruthlessness he fancies, apparently, so he could have no complaints for once. On Saturday his team staggered to a draw against the worst team in the Premier League despite more individual mistakes and collective confusion. It is true that Chelsea’s defence may – or may not – be strengthened when Ben Chilwell and Édouard Mendy are available, and their attacking options will be enhanced when Christian Pulisic and Hakim Ziyech regain fitness, but so far there has been little evidence that Lampard knows how best to use the extravagant resources available to him.
'We can wait for the next game with serenity'

'Would he kill his granny to win a match?' Bobby Collins
Top
Post Reply
39 posts