Help support the site by using our Amazon Affiliate link when making any purchases from Amazon.
Post Reply
15 posts • Page 1 of 1 Good Morning. It's Friday 23rd April, and here are the latest headlines from Elland Road...

Having drawn six out of their last seven games Brentford have slipped from automatic promotion prospects to play off hopeful's. One player who does stand out in their squad is striker Ivan Toney. The former Posh front man completed his move to West London last Summer for just 5m, replacing Ollie Watkins. This term, the 29yo has netted 29 times for the Bees, and recorded 10 assists!

Assuming Brentford don't go up, should Leeds try and prize away their star asset? Should Leeds have tried to sign Ollie Watkins last Summer?

Leeds looking to bolster their U23's

Nottingham Forest youngster Brennan Johnson is currently on loan with Lincoln City (the same same Robbie Gotts failed to make an impact at). His 10 goals and 12 assists mean his side are currently fourth in League One and five points off the top two. Forest will be seeking a fee of around 10m for the 19yo.

Leeds have also identified Brighton centre back Haydon Roberts. The 18yo has been on Leeds radar for a while. Roberts has impressed this term whilst on loan at Rochdale, making 26 appearances in League One so far, playing at centre-back, left-back and holding-midfield. Unfortunately for the Whites, Brighton don't seem to want to do business with Leeds!

Josh Doig (no relation to 80's player Russell) joined Hibs 14 months ago after being released by Hearts. In his debut season, the 18yo left back has been in electric form, catching the interest of the big guns in the Premiership, including Leeds. Strangely, he is only valued at 1.5m. He is under contract at Easter Road until 2025.

Why is it that the current crop of Leeds youngsters who have been sent out on loan this season have not lived up to expectation?

Former Leeds and Manchester Utd forward Alan Smith has drawn comparisons between the bitter enemies ahead of their Sunday showdown. Smith signed up for the Whites as an apprentice when he was sixteen, and made his first team debut two years today. Unfortunately in 2004 when Leeds were relegated from the top flight. They needed to offload their prized assets due to crippling debts, and unfortunately 7m was too good to turn away, even if it was to their bitter rivals over the Pennines! To give him his dues, he donated his 1m fee back to Leeds. How many players have you ever seen do that?

Speaking ahead of the game, Smith said... 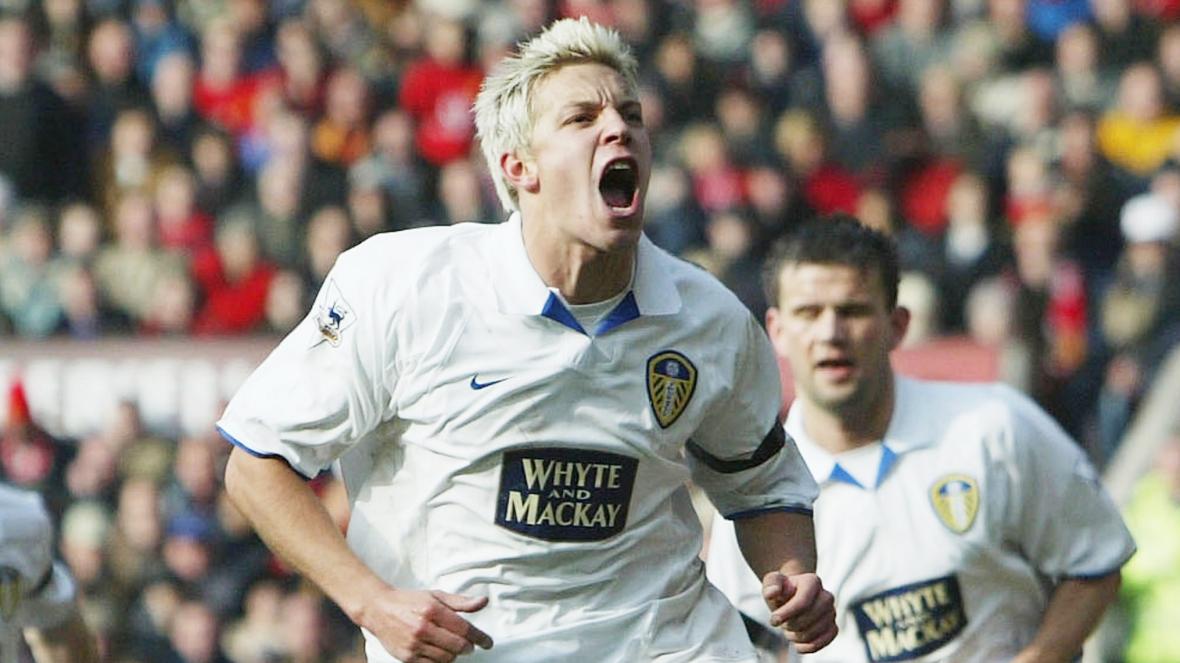 30 million for a striker with effectively 2 decent seasons at league 1 and championship level. Incidentally, he is 25 (born March 96 ) He represents a massive gamble for that amount of money. If Brentford do not go up I expect his value would be at a more realistic 15 - 20 million.
He has undoubted potential but it would have to be at the right price for me. All current reports suggest another forward is not the priority. On that basis I would be very very surprised if we make a bid.
Top

DDB220 wrote: ↑Fri Apr 23, 2021 8:32 am 30 million for a striker with effectively 2 decent seasons at league 1 and championship level. Incidentally, he is 25 (born March 96 ) He represents a massive gamble for that amount of money. If Brentford do not go up I expect his value would be at a more realistic 15 - 20 million.
He has undoubted potential but it would have to be at the right price for me. All current reports suggest another forward is not the priority. On that basis I would be very very surprised if we make a bid.

I was the one saying we should sign Ivan Toney in the 2020 January window. I don't see him as a replacement for Paddy but would be ideal cover.
Not proven at the highest level I agree, but he has proved himself at every level he has played at. Plus he has scored far more than Paddy did last season in the Championship.
Definitely worth a put if we could get him hor 15 million.
The flowers of common sense do not grow in everyone's garden
Top

Been brilliant for the Bees after they lost their two main stars, but.........

Watkins has done quite well but not over-impressed me, hardly touched the ball v Citeh the other night.

Benrahma has flattered to deceived in & out of the West Ham side.

McBurnnie & Brewster are atrocious for the Blunts

Pukki struggled in the previous PL season when Norwich were promoted.

We can sign better quality strikers from around the globe for less outlay of cash.

Alan is correct with his viewpoint

Inevitable I suppose, although if we sign four or five quality players for the first-team as Kinnear/Orta have hinted our U23 team will be infinitely stronger as our bench players & those recovering from any injuries incurred shall play at that level to maintain match fitness!
Top

We do need a striker in the summer window along with a ten and LWB.... Seem to be the biggest areas of need
Honey dipped flim flam
Top

How many seasons were we linked to him.....
Top

Lets say Bamford got injured, it only leaves us with Roberts.

Nobody is pushing Bamford. It also means no plan B, and we cannot rotate
Top

Nobody is pushing Bamford. It also means no plan B, and we cannot rotate

Ivan Toney, not for me really.

If we're gonna spend money to bring in quality players then it may as well be spent on proven quality at this level. Forget English players as they're too expensive and overrated, plus most of them seem to feel very entitled, which I don't feel fits with Bielsa's ethos.

It's amazing how Brentford keep picking up these sparkling attacking players at bargain prices, they must have a great scouting network. Yet, they still seem to falter every year when it's the run in to promotion from the Championship.

We keep seeing Leeds snap up lots of young talent which hopefully bodes well for the future. We've had Meslier and Struijk break into the first team, but not much else. Seems like barring injuries and suspensions our young kids are not really progressing into the first team and this is probably gonna be more the case as we recruit experienced top level pros, i.e. you don't buy Llorente, Koch, Raphinha and Rodrigo as bench warmers because you believe your kids are more advanced than them. Time will tell whether any more of our kids can break through, but with the onus on progressing at PL level I don't see these kids getting much of a chance.

With regards to Alan smith, I don't have rose-tinted glasses when remembering him. His goals to games ratio for us, and anyone else, is poor. Yes, he played with his heart on his sleeve, but I also remember him getting carded and suspended on many occasions when he couldn't control himself, costing us matches and points and that was damaging to us. I'd take Viduka over Smith any day of the week.
Top

How many seasons were we linked to him.....

Thank God he didn't darken our door, I've a similar opinion about James Milner and how he'd love to come back to Leeds, thanks but no thanks enjoy your ESL mate

IMO Brentford are like Brighton when it comes to selling players to us for some reason both clubs are delusional and feel they are are bitter rivals of ours and that they will only sell if they get top dollar and in some ways you could add Norwich to that mix. I'd rather we went out and found a younger, hungrier striker than Tovey to be Bambi's number 2 or better still promote one of the U23s otherwise what's the point of having them.

Again IMO the priority is a LB, cover for Kalvin and a top quality Attacking Midfielder

The U23s have been brilliant and a great watch on LUTV this season and hopefully they do well next season but I can think of at least half dozen that should be knocking on the door of the first team so yes we'll need to bring new bloody in.

Alan Smith - I cried when we got relegated, I cried and got angry when he went to the scum but finding out later that really he had no choice in the matter the club desperately needed to sell him and no other club made an offer, tempered my anger towards him anyway. Yes I wish he'd stayed or at least not gone to them but in life s**t happens and as a Leeds fan we've had to suffer more than most so if I ever met him I'd shake his hand and buy him a beer and talk about the days he was our hero and played for Leeds because you know what he probably won't want to talk about what happened after as his career went downhill

Thank goodness Leeds had a defensive crisis. Otherwise, I doubt we were have found out about Struijk.

Tough words, but when have you seen Bielsa give a reserve player a run out (and I'm not talking about one game!

Is this why our youngsters are not improving when they get out out on loan? 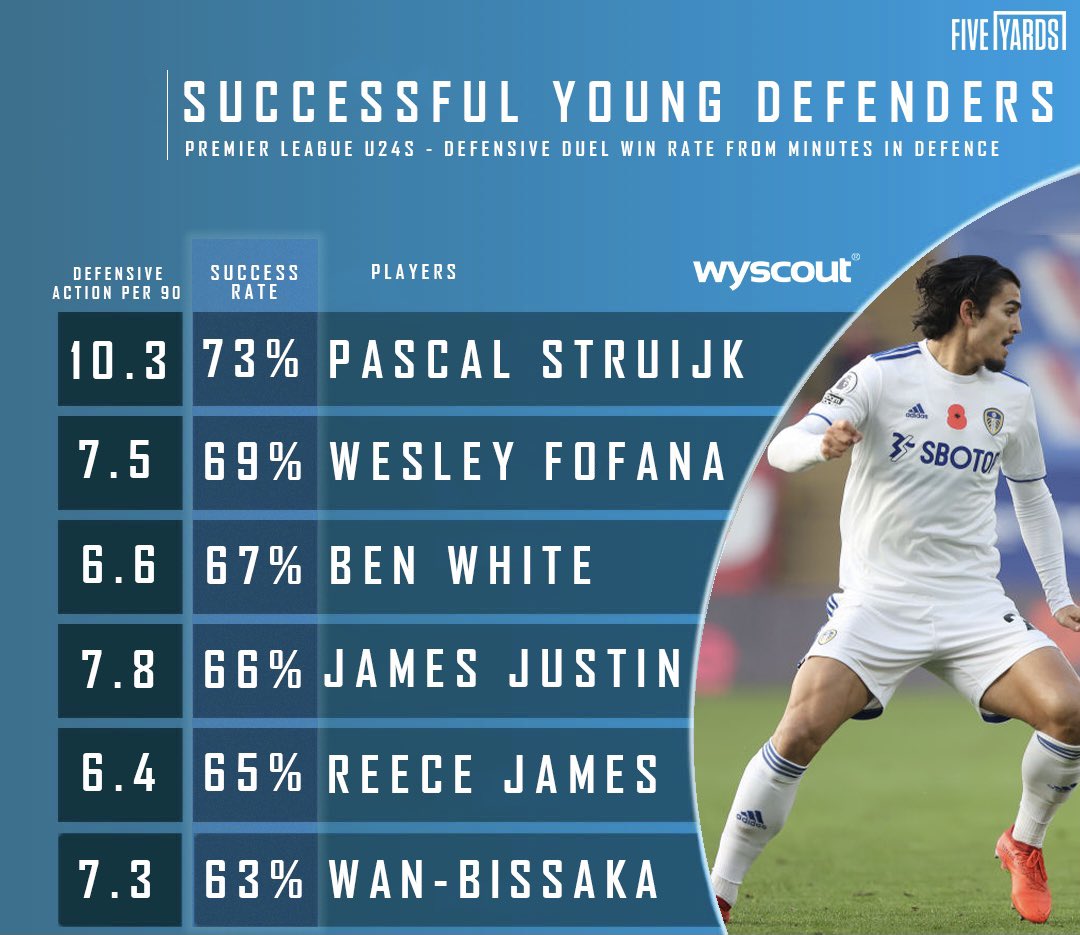 Maybe he was worth a gamble at £5m. No doubt Brentford will want closer to £20m when they sell him in the summer. I think we can do better for that money?

I can't think of a player to pull on that White shirt, especially around that time, who gave more to the cause than Smithy. He played like a headless Chicken at times. I think Bielsa would have loved him. I have to be honest, things like that don't really effect me too much but i can understand why the transfer would upset some, and i'm afraid he did made a rod for his own back by kissing the badge. That narks me more being intentional.

I am not sure/hope we would never pay £10m for a kid to play in the reserves. What happened to that ruling where the price gets set by tribunal? Or is that just for players under the age of 18?
Top

Chilli D wrote: ↑Fri Apr 23, 2021 9:14 am I was the one saying we should sign Ivan Toney in the 2020 January window. I don't see him as a replacement for Paddy but would be ideal cover.
Not proven at the highest level I agree, but he has proved himself at every level he has played at. Plus he has scored far more than Paddy did last season in the Championship.
Definitely worth a put if we could get him hor 15 million.

Depends what our ambition is for next season. Does the team legitimately want to push for Euro league places, or just hold position? If so the recruitment has to be similar to the last window, if not more aggressive.

Wasting decent size fees on players who aren't better than our first 11 is a waste and won't make this team any better. If you aren't sure if a player you are gonna bring in is gonna be more than a squad player, unless it's on the cheap, then need to aim higher. The goal should be buying players with the aim of making current first choice players squad players. That's how you improve your team. De Paul calibre of targets.
Top
Post Reply
15 posts • Page 1 of 1