Help support the site by using our Amazon Affiliate link when making any purchases from Amazon.
Post Reply
27 posts 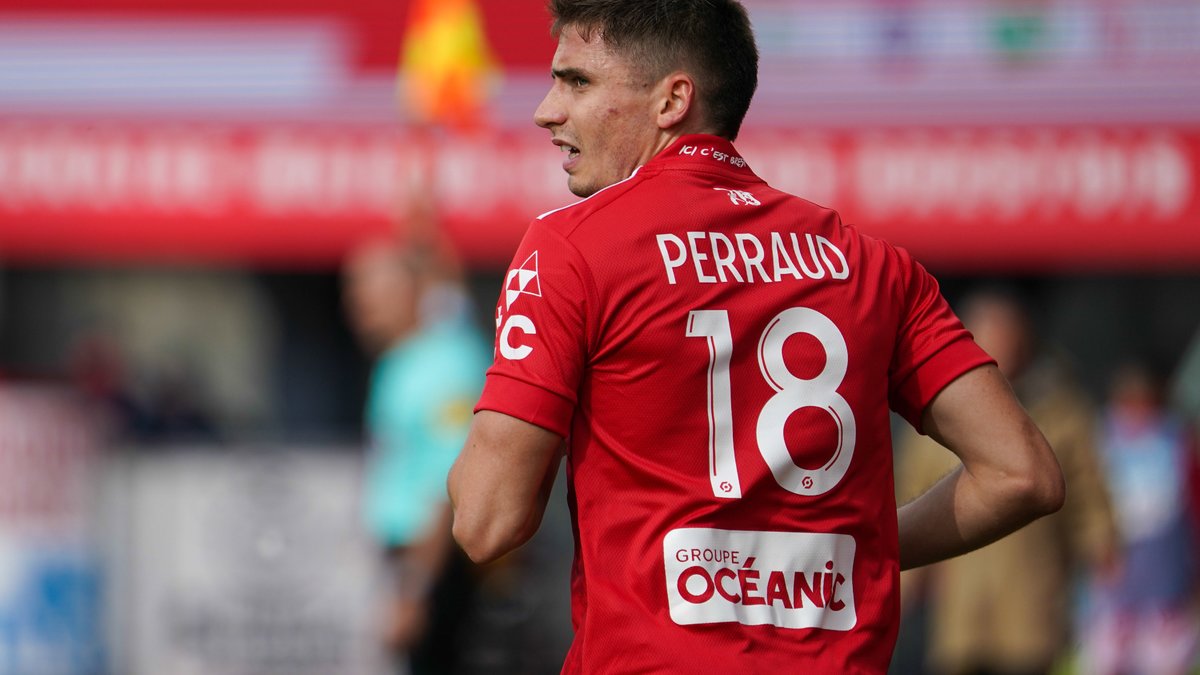 Good Morning. It's Wednesday 8th June, and here are the latest headlines from Elland Road...

Southampton look set to steal Romain Perraud from under their noses of Leeds according to articles from the Daily Express and the Daily Mail. Saints boss Ralph Hasenhuttl has made the versatile 23 year old his top Summer target as he looks to add strength to his struggling team. Leeds have fought hard to bring Brest's financial expectations down, and it is believed an initial fee of £8.5m will secure the deal. Leeds were in prime location to snap Perraud up, but an previously quoted price tag in the region of £15m-£18m convinced Victor Orta to continue his search in La Liga 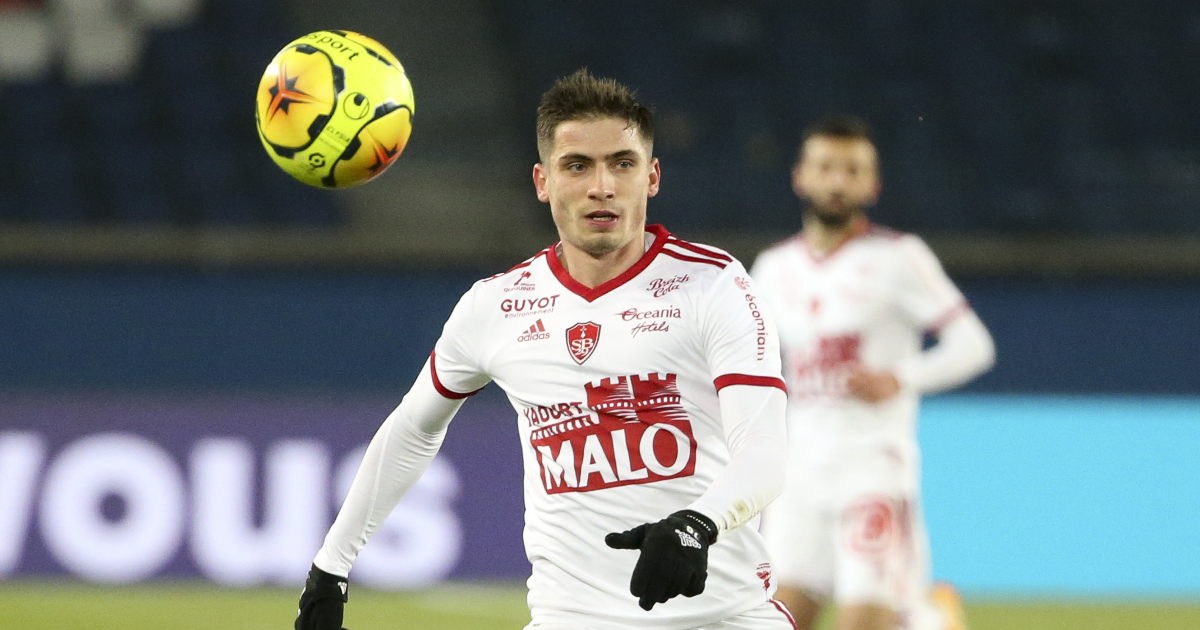 Jack Harrison will put pen to paper today, and sign permanently for the Whites. The 24yo has been in fantastic form recently, and was unlucky not to be included in Gareth Southgate's England squad. Fortunately for Leeds, Manchester City fixed the fee three years ago, and although it was tweaked from 10m to 12m last Summer, it still represents amazing value for money! Harrison will become Leeds first permanent signing of the Summer, pledging his future for the next four or five years.

Victor Orta has held talks with the agent of Khvicha Kvaratskhelia according to various media reports. The Rubin Kazan winger is in high demand after a breathtaking season for the Russian outfit. Their Sporting Director Oleg Yarovinsky admitted he was free to leave, even if his departure will “hurt”.

Georgian journalist Lasha Kokiashvili says there is great interest in the 20-year-old and states talks have already been completed with Orta, with the player's future soon to be resolved. A fee of 20-25m will be a drop in the ocean if Georgian International continuous to improve at the rate he has been! Bielsa should be named Manager of the year - Cascarino

Former Republic of Ireland striker Tony Cascarino believes Leeds boss Marcelo Bielsa should be named the manager of the year. The TalkSPORT host believes the Whites over achieved this season. He also praised the Argentine's style of play...

He (Bielsa) would be my number one choice. He overachieved with the Leeds team. I thought the way Leeds played, they became a far better team at the end of the season than they were at the start. I love watching Leeds. From the opening game when they lost 4-3 against Liverpool I thought they were going to be a roller coaster. By the end of the season, I was like ‘They’re tough to play against.’ Bielsa improved his team a hell of a lot. His achievements were extraordinary.

Do you mean a fee of £18.5m (not 8.5m) would secure the deal for Perraud Elland? Presumably we are not prepared to pay that much and Southampton are. Surely if the player himself had the choice he wouldn’t choose Southampton!
Top

Morning all. Happy Tuesday, not Wednesday!

I'm confused. Why would Perraud have cost us £18m but Southampton £8.5m? Guess they were just trying to rip us off and failed. Bit like Bayern with Cuisance, Leeds pay £20m while Marseille pay £10m.

I really want Kvaratskhelia, but trying not to get my hopes up. Just think he is too good and will go to a UCL club instead, like Gvardiol. But I'm really happy we're looking at this route of exciting young talent around the globe, and not just the safe boring names everyone else is linked with.
Top

Don't know why but I'm a bit gutted about Perraud going to the Saints, I guessing its because we've been scouting him since last year and have been mentioned in signing him for quite a while so for the Saints to fly in at the last minute and sign him just seems like they've snatched our player and now Brighton are wanting £50m for our Ben White how come they are able to sell our player

Get Jackie signed today before Plymouth snatch him from under our noses, can't bloody trust these south coast clubs these days

Bielsa was the Manager of the Season end of
A bumble bee under the laws of physics shouldnt be able to fly, but it does because no one has told it that it can't
Top

Thought Perraud was the one! Jackie a bargain at £10 million.

Moyes and Bielsa have odne the best jobs in the league this year. Easy to finish top 4 if you've got a squad worth $1 Billion.
Top

I don't know owt about Parraud personally but Southampton have a decent record on buying players from overseas and turning over a large profit a few years later.

Who's this Harrison geezer? Is he any good....

Byebyegeegee wrote: ↑Tue Jun 08, 2021 8:10 am Do you mean a fee of £18.5m (not 8.5m) would secure the deal for Perraud Elland? Presumably we are not prepared to pay that much and Southampton are. Surely if the player himself had the choice he wouldn’t choose Southampton!

Reports say Perraud has agreed terms with Southampton and now the clubs have to agree a deal?

Always thought he was a bit of a carthorse tbh. Cresswell is the better one.
Top

Have you seen this? The man is a class act.

It actually sounds like Southampton have overpaid. If he's at their standard (no hubris here, most Saints fans would know exactly what I mean) then I'm less enthused about him in all honesty...

I've blown hot and cold on Jack in the past but if Buendia is apparently worth £38-40mil then Jack is worth £12mil easy.

Just the type of player we need. Honestly though, whoever arrives I'll be excited about given our successes last window.

This guy actually sounds like he's watched, followed and analysed us this season as opposed to just copy/pasting out of date pundit soundbites.
Top

talent spoting for Leeds United so that in 8 years time some youngster will be ready for the Leeds first 11.

he has got the vision to look at the long term

he has got the vision to look at the long term

Definitely my first thought. Wasn't the likes of Pochettino that young when Bielsa scouted him?
Top

Its a strange one this. We have been tracking him for ages and i thought that this had a hint of Robin Koch in that it was practically a done deal. £8mil sounds a very good deal for a young man who is seen as potentially thw starting left back for one of the best national teams within the next few years.

Good squad player, be a bit underwhelming if this is our first signing though.

I am not so sure about this anymore. The more i read the more it feels like we are being used and yesterday confirmed it for me.

We have had his agent name dropping us and us alone.

Now we have this
Prefers La Liga and again name drops us only and doesnt seem keen.

Red flags for me.
Top

Just proving once again what a great man he is.
The flowers of common sense do not grow in everyone's garden
Top

Newly promoted to the Championship so that's a good deal for him if it goes through.
The flowers of common sense do not grow in everyone's garden
Top
Post Reply
27 posts