Good Morning. It's Thursday 17h June, and here are the latest headlines from Elland Road...

The Yorkshire Evening Post are reporting on speculation that Leeds are 'willing to break transfer record' to bring Wolves wide man Adama Traore to Elland Road this Summer for a reported £40m. The 25 year old power house endured an indifferent season last term; registering just two assists and netting twice in 29 appearances, nine of those from the bench! However, his immense speed, power and exceptional skill levels would not only give Leeds extra options going forward, but can you imagine when Raphinha and Traore both click into gear? We also know that Victor Orta is a massive fan of the former Barca starlet, once describing him as 'the most exciting talent in Spanish football'.

Is Traore the right kind of player for Leeds? Is £40m too much of a gamble? Will his body mass have a detrimental impact on his game as he gets older?

Leeds have scrapped plans to move their training ground from Thorp Arch to the former Matthew Murray (school) site. They will instead press forward with arrangements to improve, and increase the attendance to Elland Road to 55,000. Thorp Arch has been Leeds training ground since the days of Howard Wilkinson, and has offered first class facilities. Due to the clubs financial meltdown, Leeds had to sell their facilities, and have been renting TA ever since. The plan was to build a new state of the art training facilities close to the City Centre, and within a stones throw of Elland Road, but it makes more financial sense to increase the capacity from 37,500 to circa 55,000. A spokesman for Leeds County Council director of city development to the council's executive board said...

Following the promotion of LUFC to the Premier League and the club securing investment from the San Francisco 49ers', the club have reviewed their stadium development ambitions and want to preserve their ability to deliver an expanded 55,000-seater stadium at Elland Road, as opposed to a 50,000 seat capacity previously agreed.


It has not been revealed when they hope to start building work! 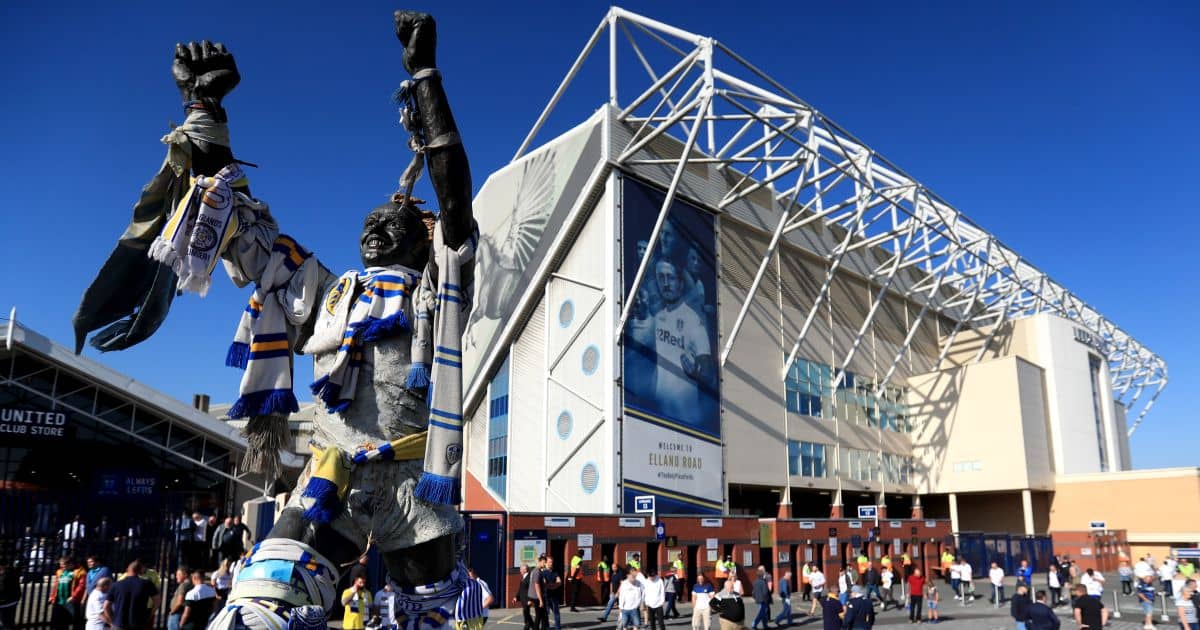 Bielsa's contract is a formality - Kinnear

During an interview on BBC Radio Leeds, Whites managing Director Angus Kinnear has revealed that Marcelo Bielsa will be staying at Elland Road next season, and the paperwork is 'just a formality'. Since arriving at LS11 in the Summer of 2018, the Argentine has chosen to commit by signing one year extensions. Last season, the paperwork was not signed until the eve of the new season; not because he was trying to renegotiate a better deal, but he doesn't like paperwork! Kinnear was quoted as saying...

Marcelo decided not to return home to Argentina this summer. Some of his coaching staff have. He wanted to stay at Elland Road, he wanted to prepare, he wanted to work with Victor and I on the transfer window and oversee, to the training ground director's delight, the training ground work that took place. As normal with Marcelo, putting pen to paper he sees as an irrelevance. It's really emotionally and psychologically where he is.

He's certainly with Leeds United for the next season. We agreed the terms several weeks ago, several months ago perhaps. The measure we use within the club is whether he is engaged, is he working on next season. He is, he's working and is incredibly diligent. I'm not sure there's any other manager in the Premier League who is taking no time off and is not leaving the training ground. That shows his commitment. I'm treating the contract as a formality. 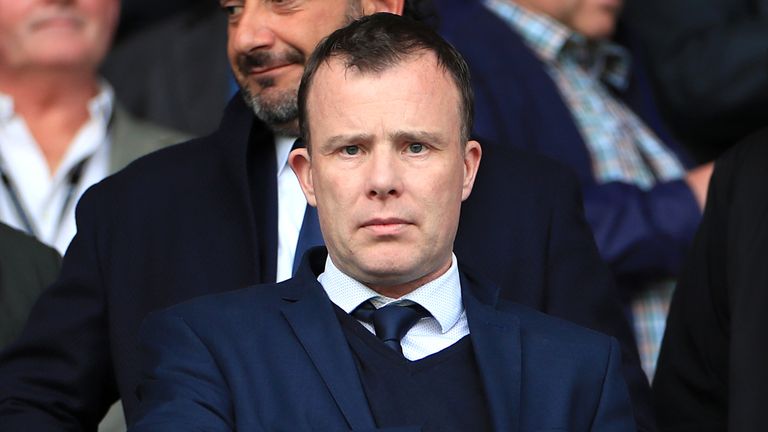 hope not true waste of money 40m for traore, better much much better out there
Top

Bielsa's contract is a formality - Kinnear
MB... the manager who justs keeps on giving ...

Leeds prioritise 55,000 Elland Road over new training ground
Going to be the scariest ground in Europe to play in ...

Leeds in 'advanced talks' over £40m swoop
I admit on his day he looks unstoppable... but there is just someting I cannot shake, and I think we should avoid this deal ... even if we drasticly reduce the asking fee, lets face it on last years performances and stats , 40 mill is ridiculous....That said I love MB proving me wrong time and again

It's a natural progression that as we are now established in the EPL we are looking to improve our stadium and increase the capacity, which will obviously mean more fans can come and watch Leeds live and increase revenue.

Seems like the plan to move training facilities from Thorp Arch to near ER has been shelved for the moment, which is fair enough.

This story about Traore seems like a load of cobblers. Why would we fork 40 million out for a carpet carrier? What would he bring to the team that we don't already have? How on earth is he gonna cope with Bielsa ball and murder ball?

Hi career stats are horrendous: since he started for Barcelona B in 2013 he's made 281 appearances and scored 25 goals

No way should we pay 40 million for that, we can get much better at much cheaper prices. We also have bigger priorities LB, ACM, so for me this just lazy journalism inspired by the old connection between Traore and Orta at Boro.
Top

As I’ve said on here before, I’ve never understood the fuss about Traore, probably because I’ve never really seen him make an impact on a game. Not for me, and certainly not at £40m and wages of £100k per week.

£40m for someone who contributed only 2 goals and 2 assists last season makes no sense at all. Not a Bielsa type player either imo - would have to lose a couple of stones at least before Bielsa would let him loose on the pitch. I can’t imagine where The YP have got this story from!

All improvements to the club’s infrastructure are welcome in whichever order they are prioritised. It all indicates that we are heading in the right direction i.e. upwards!
Top

Not keen on Traore, not sure he has the all round game for Bielsa.

Please no to Traore. His stats and performances command a fee closer to 10 million than 40 million.
Last thing we need is another Wolves reject.
We should be aiming higher than this- hopefully just paper talk,
Top

Has crap end product, always has had since he was a kid at Barcelona, isnt going to improve id assume.

Cant see it, hed has to lose a few stone worth of muscle anyway and at £40mil it would be extremely poor value.

It Traore had a better end product then he wouldn't be at Wolves in the first place, he'd still be at Barcelona.

He may appeal to Bielsa has a project? But cant see it.
Top

Not many too keen on Traore and can’t say I disagree especially if it would be a record signing. think Orta has history with him at boro so maybe it’s his signing, though can’t see Bielsa not been involved. I just don’t get where he would play, he brings nothing more than Harrison or Raph and costa whilst not great is ok backup. We always seem to have a fixation on wingers when we need a creative attacking midfielder.
Top

Think you made a bit of an error Ell

£40m for mediocre player like Traore is absolutely barbaric! If he's not good enough for Wolves, what on earth makes him good enough for us? We've been stung by them twice already now.
Top

Think you made a bit of an error Ell

Its fair to say that it never hurts to add a bit of drama to a headline, but I read through four different articles before writing that one.
Top

As I mentioned before there is so much click bait out there about who we are supposedly signing. Leeds were pretty effective last season about keeping a lid on transfers until the 11th hour. Can’t see that changing so I try to ignore the speculation.

As to the question - Would I be happy with Traore ?? He is in many respects a more athletic version of Costa. So yes if a replacement for Costa - with a realistic additional differential fee after we off load Costa. - But not in a million years at 40 million.
Top

Traore.. Meh.
'We can wait for the next game with serenity'

I think most of us think the same here . If it was 5m to 10m you might think reasonable , but I don't see he improves the side drastically .Other position priority , think I'd rather keep Costa than fork out 40m that can be better spent elsewhere position wise
Top

i think some journo has been smoking the wacky. When he's good he can look a world beater, shame its only about 5 games a season. £4m and you have my interest.

Marcelo has found his new home.

Please nooooo learn from history Wolves did us over with Costa at £15m, Traore is fast, looks a beast but he mainly is used by Wolves as a sub and he just doesn’t do enough for me.
A bumble bee under the laws of physics shouldnt be able to fly, but it does because no one has told it that it can't
Top

I hope it's just lazy journalism . The club have been looking at far better than this and a fair few of those are seemingly cheaper .
Top

Traore!!!!!
Are we going to start playing rugby league instead of football?
Or are we starting a carpet warehouse I need someone to shift carpets?