Help support the site by using our Amazon Affiliate link when making any purchases from Amazon.
Post Reply
18 posts • Page 1 of 1 Good Morning. It's Friday 23rd July, and here are the latest headlines from Elland Road...

Leeds are in advanced talks to sign 20 year old shot stopper Kristoffer Klaesson, and expect a deal to be concluded shortly. The Norwegian U21 has been on Leeds radar for a while, and with Casilla returning to Spain, its given Leeds the excuse they need to tout their man. The young keeper has been impressive for Valerenga since breaking into the first team, making 54 appearances for them in the Norwegian Eliteserien, keeping 12 clean sheets. Several reports are indicating Leeds have submitted an offer very close to his valuation and that Klaesson is just waiting for work permit to seal the deal! Do Leeds needs another centre forward

Last season, only five teams in the top flight scored more goals than Leeds. An in form Bamford netted a magnificent 17 times, more than Calvert-Lewin and Vardy. To put the icing on the cake, Harrison, Dallas, Rodrigo and Raphinha contributed a further 29 goals between them. Will they be able to replicate the same this forthcoming season, and what happens if Bamford has a goal shy season or picks up a lengthy injury? Rodrigo said himself when he signed, he was not an out and out goal scorer, neither is Roberts!

Sam Greenwood and Joe Gelhardt are two exciting players on the cusp of the first team, but the gap between U23/s and the Premiership may be too far adrift this season. Do Leeds need to splash out on a decent centre forward during the Summer? 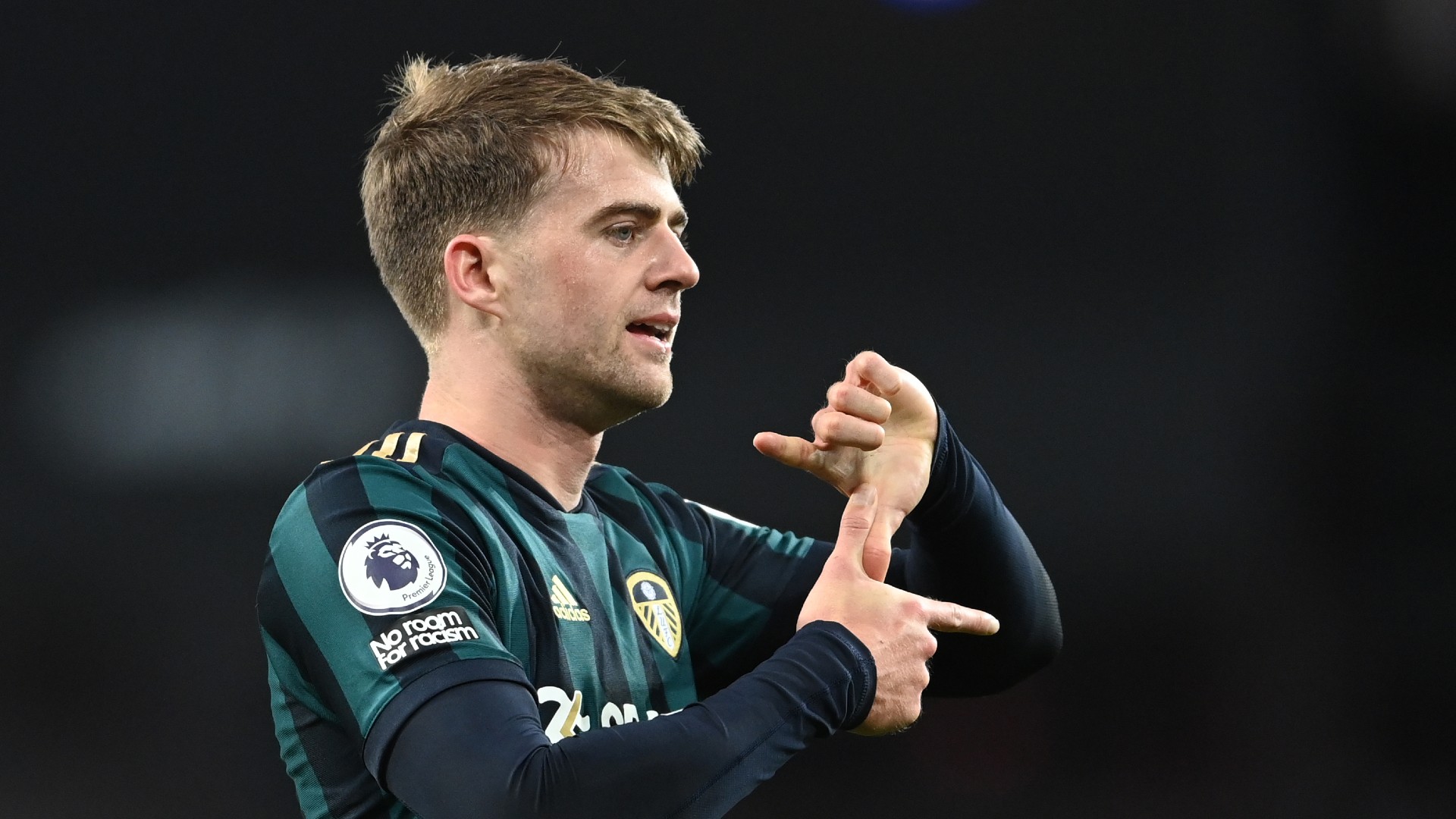 Former Hull City favourite David Meyler was left bemused after receiving a gift in the post from Leeds Utd. He was even more perplexed when he opened the package, to find out Leeds had sent the former Republic of Ireland midfielder a brand new Leeds shirt, along with a message thanking him for his support. Whilst in MOST cases, we all love Leeds, apparently it doesn't stretch to those who spend over half their career with Hull City. Meyler decided as lovely as the shirt was, it deserved to be in the hands of a proper Leeds fan, and had a competition on twitter last night where one lucky White bagged the beautiful attire! 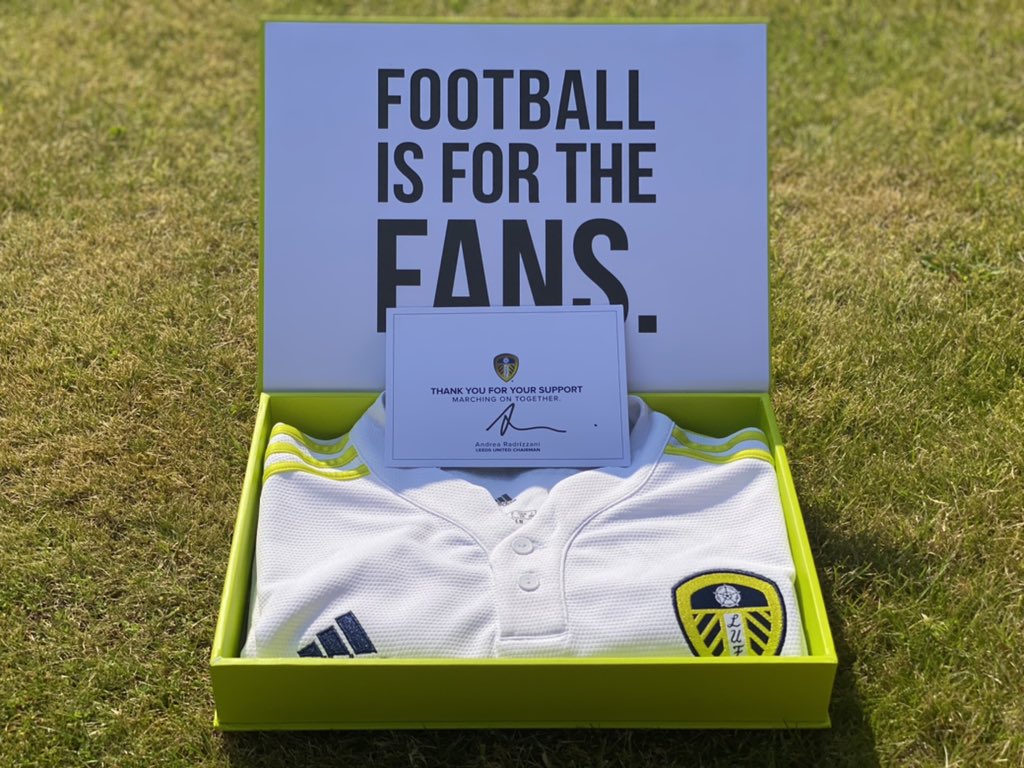 Not watched the keeper, will look forward to seeing him probably in the U23's or maybe league Cup.

What if Bamford scores more than last time?

If that was the case any money spent on a striker (good ones don't come cheap) would be wasted.
We've goals all over the pitch and think we could tweak our team to compete without Paddy if needs must.

More concerned if Kalvin misses any games, Koch looks OK in the role but not yet 100% convinced.


The shirt to the Hull player seems a strange one, can't decide its an error or someone playing a joke on him.
Last edited by whiteroseboy on Fri Jul 23, 2021 8:20 am, edited 1 time in total.
Top

I'm a little concerned that our keepers are all going to be so young, would have preferred us to have gone for an old hand who the younger lads could learn from.

Personally, no, think a AMF is much more important. As the OP states, there were plenty of goals in the team last season, no reason why that won't be the case for the coming one. No guarantees of course, but unless we're suddenly awash with money, we have more pressing areas to address.

Saw that on Twitter last night, someone at the club got their wires seriously crossed!
"When the going gets weird, the weird get professional!" Hunter S Thompson
Top

I am surprised we are going for another young keeper, although it may keep Meslier focused knowing that he could lose his place to another young gun if he screws up.

Forward? I think investment is needed elsewhere, although we can expect more teams to be cautious against is next time I think we have enough firepower up front

I wish Leeds would send me a new shirt, although those shoulder pads are a bit meh
'We can wait for the next game with serenity'

We're good for forwards with Paddy and Rodrigo (who is plays the false 9 really well) and have two three players who could step up. A #10 seems to be the only first team position of slight requirement
21/22 team - Meslier - Ayling - Firpo- Koch - Llorente - Phillips - Dallas - Raphinha - Harrison - Klich - Rodrigo
Top

personally i think meslier should be no1 keeper only dropped if injured, really good kid there loads of room to gain experience. on the subject of do we need another centre forward a resounding YES we need a goal scorer that will bag 20+ a season with ease.
Top

Whether we need another striker is irrelevant, no hope of us buying one.

That being said imo no not really, a proper number 10 would be my priority.

This Norwegian lad concerns me.

Despite all the spin about future star goalkeeper Norway fans dont seem convinced at all if you look.

Definitely very few think he is ready for the Premier league with plenty suggesting he would benefit from a few years at u23 level.

He conceded 4 more yesterday and was at fault for 2 of 3 goals a few days before.

People will point to Mes as a success story for Orta and Goalkeepers but he has not got a good track record.

Casilla, Wiedwald, tons of u23 goalies who amounted to very little

This seems more like Orta trying to show how clever he is than a sensible move.

Should be after an experienced number 2 not some kid playing at barely a professional level.
Signed

We can't afford a striker, especially a goalscorer. I think Rodrigo will have a good season this year, but we need more goals from the wings and centre midfield, alongside the strikers.
Top

I look forward to Klaesson fumbling the losing goal into the net vs Hereford in the FA Cup.

In all seriousness, he's young so will make mistakes and coming in simply as backup and to push Meslier. An 'old head' back up would be great for tutoring, but would have no drive to work hard and test Meslier being dropped - which is what he needs. Not sure how Klaesson is an upgrade on Caprile, but I'm not a football scout either.
Been gone a long while, but back again
Top

Scoobychief wrote: ↑Fri Jul 23, 2021 10:08 am personally i think meslier should be no1 keeper only dropped if injured, really good kid there loads of room to gain experience. on the subject of do we need another centre forward a resounding YES we need a goal scorer that will bag 20+ a season with ease.

Well based on last season that is only Harry Kane or Mo salah with 23 & 22 respectively.

Who do you think will score 20+ with ease ?
How much would this player cost ?
Top

Like the stats thread in particular the chances missed but feel to show its true worth it need comparing along side goals scored :-

When Casillas was our established no1 our back up keeper was a youngster with nor a great deal of experience. Am sure someone could have put together a video of his matches in France to make him look poor. As it was for most of the season he didn't get a look in and then when he did he took his chance although di make a mistake or two along the way.

The alternative to a young untested keeper is probably paying an experienced keeper £30k per week to sit on the bench. That's a lot of money and I doubt that the fee we will pay for this Norwegian keeper and his wages for 2 or 3 years will come tothe same as we would have to pay for the experienced back-up.
Senor El Weasel
Top

Agree its opinion at the end of the day, but was just using the figures on the chart.
Top

Another striker would be great. We haven't got the dosh for a top draw one, if Paddy gets injured, has Rodrigo got the legs? after that its Roberts, Gelhardt and possibly Greenwood fighting it out for top job. I would like a Pereira type AM then i think we are good to go for the season.
Top

Leeds1000 wrote: ↑Fri Jul 23, 2021 5:55 pm Another striker would be great. We haven't got the dosh for a top draw one, if Paddy gets injured, has Rodrigo got the legs? after that its Roberts, Gelhardt and possibly Greenwood fighting it out for top job. I would like a Pereira type AM then i think we are good to go for the season.

Rodrigo I believe will have a fantastic forthcoming season as long as he stays injury free and plenty of game time.
Top

Ellandback1 wrote: ↑Sat Jul 24, 2021 1:43 pm Rodrigo I believe will have a fantastic forthcoming season as long as he stays injury free and plenty of game time.

Lets hope you are proven right Ell. Sounds like he's really up for this season.