Help support the site by using our Amazon Affiliate link when making any purchases from Amazon.
Post Reply
3 posts • Page 1 of 1 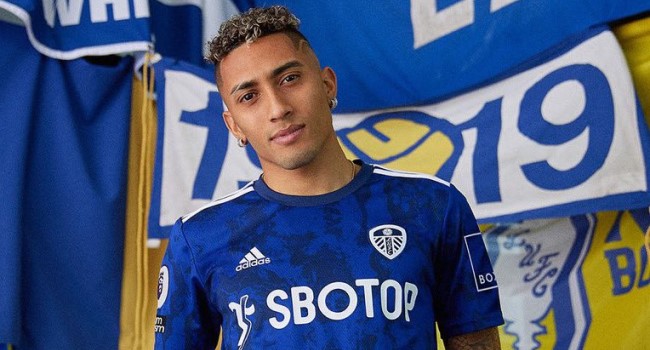 Good Morning. It's Saturday 31st July, and here are the latest headlines from Elland Road...

After weeks od speculation and ‘leaked’ designs, Leeds United finally launched their new away kit for the 2021-2022 season on Friday night. The jersey features a blue tonal camo-style design and subtle white details including the three stripes on the shoulder and sponsors logos. A woven club badge and "Leeds United" signoff dial up the pride. The jersey features a ribbed crewneck and a woven crest. The kit will be available to purchase Wednesday 4th August, in-store from 8am and online from 9am. MyLeeds+ members and Season Ticket Holders will be able to purchase online exclusively from 8am.

The reveal provoked mixed reaction on social media with many loving the new design. But it has it’s detractors too, the blue and white compared to a Chelsea kit with some asking why the details couldn’t be yellow to echo the clubs more transitional colours. Not being one of adidas’s biggest clubs globally we are always likely to get templated designs but this is not a bad effort as away kits go. What do you think of the new kit? Will you be shelling out for one?

Leeds United kicked off pre-season this week with matches against Guiseley, Blackburn and Fleetwood. A young U23s side started things off with a 3-2 win at Nethermoor Park on Tuesday evening. Crysencio Summerville opened the scoring from the penalty spot, but Guiseley responded instantly bringing the scores level. Sam Greenwood fired home a blistering fee kick before the break to give Leeds a 2-1 lead at half time. The second half was a quieter affair, but Charlie Allen met Summerville’s cross to make it 3-1 with 6 minutes to go. Guiseley came back again though as a scuffed shot caught Elia Caprile off-guard, the game ended 3-2 to Leeds.

The senior side then travelled to Blackburn where a near full strength side (only missing Cooper, Bamford and Phillips) managed a one all draw. Connor McBride’s deflected free-kick Blackburn the klead, but Struijk delivered a poacher’s finish to level the scores in a well-executed move by the Whites. Llorente and Struijk impressed in central defence with Koch deputising in the defensive midfield role. Junior Firpo showed some promising signs on debut whilst Jamie Shackleton had a steady 90 minutes at right back. Raphinha was the start of the show whilst questions may be asked over Helder Costa’s future after a lacklustre game up front.


Friday saw another U23s side, this time including Adam Forshaw, take on Simon Grayson’s Fleetwood side. Leeds took the lead after 24 minutes when Stuart McKinstry pinpoint was powered home by Charlie Cresswell into the bottom corner. Two changes at half time saw Forshaw and Miller replaced by Ian Poveda and Lewis Bate on debut. With Forshaw gone, Leeds lost control of the midfield and Fleetwood would go on to be 2-1 winners. The equaliser coming 10 minutes into the second half as Morris charged down Van Den Heuvel’s, finishing into an open goal. Fleetwood took the lead on 61 minutes as substitute Garner slotted home a penalty to give Fleetwood the win.

What have your thoughts been on pre-season so far? Summerville has been impressive for the U23s and perhaps deserves to be ahead of both Costa and Poveda in the pecking order this season. Raphinha looked a cut above again and Klich looked like he could be back to his best for the start of the season. Firpo showed signs of what’s to come whilst Bate struggled a little on debut. Leeds will now take on Real Bets is at 12.30 today before games against Ajax on Wednesday and Villarreal behind-closed-doors next Saturday. 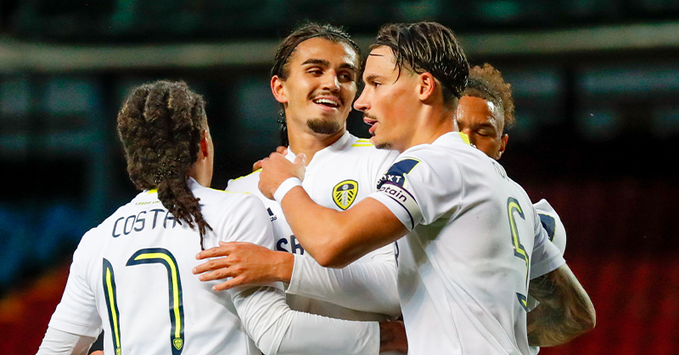 Leeds United this morning announced the signing of goalkeeper Kristoffer Klaesson. The 20 year old joins the Whites from Norwegian side Vålerenga for an undisclosed fee beleived to be in the region of £1.4 million. Following a successful medical, the goalkeeper has put pen to paper on a four year deal at Elland Road, running until the summer of 2025. He will add further competition amongst the young goalkeeper at Leeds, alongside Illan Meslier, Elia Caprile and Dani van den Heuvel.

Klaesson made his Vålerenga debut against FK Haugesund in June 2019, helping them to a 4-1 victory. He went on to become first choice goalkeeper for the Eliteserien outfit, going on to make a further 56 appearances. This term, the shot-stopper has featured 14 times for Vålerenga, who currently sit in seventh spot, halfway through their league campaign. Klaesson has also already amassed 38 caps for his native Norway at youth level, from Under-15s to Under-21s.

Given Klaesson's needed a work permit, won't he have to reach a certain amount of games for us for it to be extended?
Top

away kits if one of the best we've had in a long long time imo, looks amazing, getting rave reviews on social media too
Top
Post Reply
3 posts • Page 1 of 1