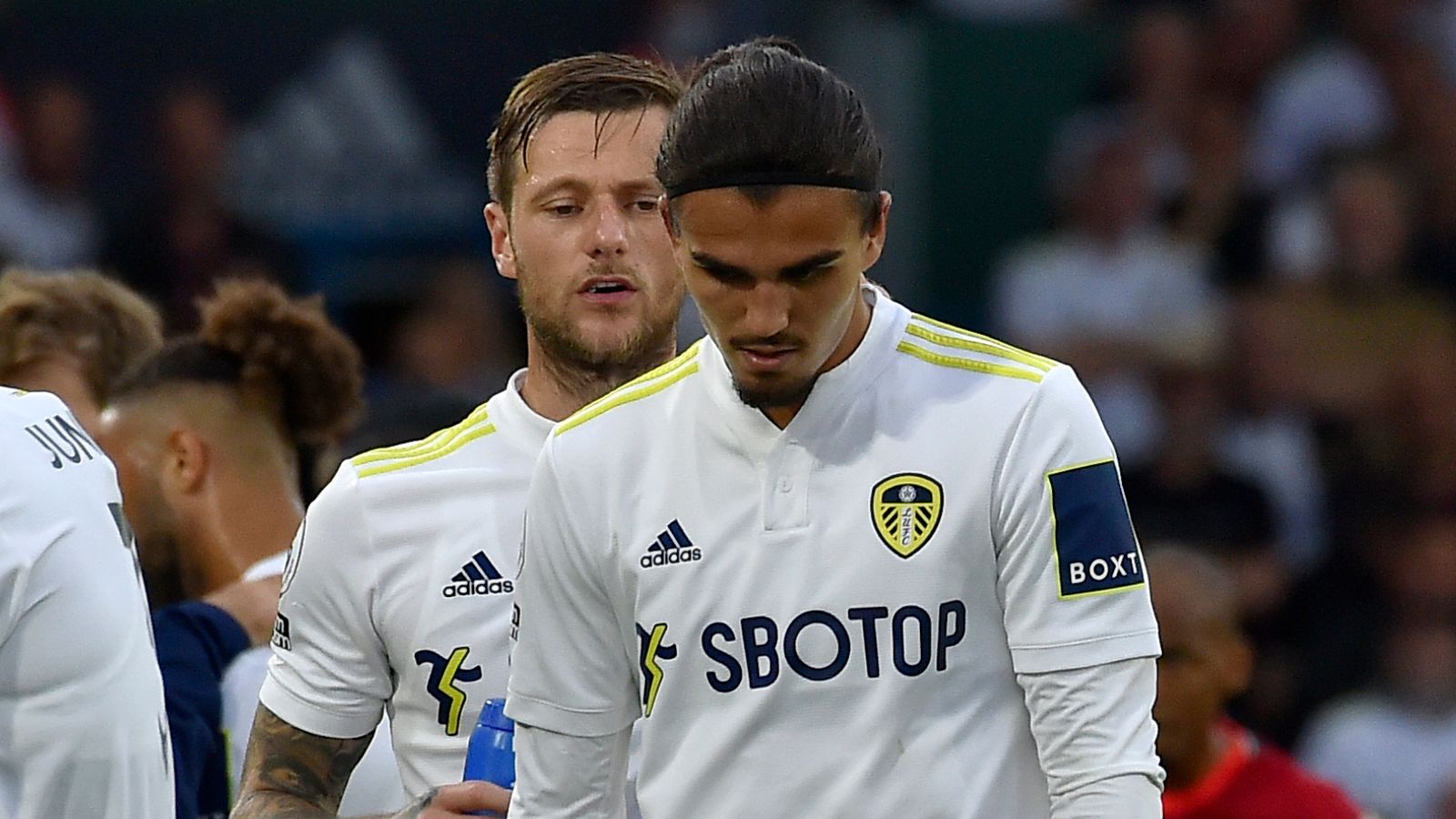 Good Morning. It's Friday 17th September, and here are the latest headlines from Elland Road...


Panel voted two to one to uphold Struijk ban

An FA three-man panel, made up of former Blackburn winger Stuart Ripley, ex Rams striker Marvin Robinson and Pompey keeper Alan Knight, were split two-one in favour of rejecting Leeds’ appeal against Pascal Struijk's red card. According to the five-page dossier, two of the three former players believed Struijk was out of control, and lunged into the tackle on Harvey Elliott. The third member of the panel judged it as an unfortunate accident from the kind of tackle seen frequently in professional football.

The questions that went unanswered

Leeds were concerned enough about Jurgen Klopp's reaction to Harvey Elliott's injury, and how that may have influenced Craig Pawson's decision, that they highlighted this when submitting their appeal against the three game ban. They also asked for clarification on how the referee reached his decision, and the officiating process that took place. Unfortunately, these questions went unanswered!

Marcelo Bielsa had a lot to say at his pre match presser, but much had to do with the FA's decision not to overturn Struijk's three game ban, and the reasons behind it...

Pascal is a noble person, with good intentions and of course he regrets the injury, but the generosity that Elliot had to describe how things were, it helps to ease the effect on Pascal. The footballers always end up being the most pure thing in football, the players say what they think without speculating. I value a lot that Elliott made Pascal exempt.

What would be useful would be to receive information or an explanation of how to avoid these casual things from generating an injury. There are footballers who say it and those who saw it from close say there was no bad intention and it was a casualty that just happened, so it would be very useful for all of us that it is explained how to avoid the casual consequences that are circumstantial with no intention, how to avoid them because clearly they are punished.

The excessive use of strength in the decision taken by Pascal shouldn’t be considered to analyse this action as in this action it wasn’t an excessive use or imprudent use. That Pascal acted with exuberance belongs to the game and the consequences of what happened were linked more to it being a casual event rather than his intentions. It wasn’t possible to calculate that the attempt that Pascal made to recover the ball would generate the injury that happened.

To hope to receive an explanation perhaps is excessive but it would help to improve the decision making of the players. There is also a very simple exercise - to compare all the identical actions that don’t generate the consequences and the amount of similar actions that don’t have the same consequence, they are not even punished with a foul, like in this case.

After a casual situation like this causes an injury and there’s a red card then I accept it but I would like to hear the explanation. I think the job of the referees is very, very difficult and I think I have to support that task by being understanding of the decisions that they make. Against any doubt that any team has, the organisers of the competition put at our availability, all the tools possible to interpret the faults.

The recovery of Pascal in that ball, despite the fact that we were losing 2-0, was very well praised by the public. The public praises the commitment and they punish those that are timid or lukewarm, so it is important for the public to understand when the rules limit a player making an extreme effort to recover the ball. “It would be useful to reaffirm the challenges that happen by chance that generate an injury and therefore a sending off, or if there is any other explanation that has not been offered.

I insist that there is a very accessible response, the imprudence or the excessive force of his strength and this is compared to the argument that I have, which is something happening by chance. I reaffirm myself in the position because it is the same thing that the player who received the foul said. “But that’s not to say that those who judge don’t have solid arguments which is why I propose that they explain, not so much for myself, but for the public who in the end are the ones who judge us and the players.

That's it then, leave it at that, no point moaning anymore, same as usual, until the next time LUFC are on the receiving end of another miscarriage of justice, the list just keeps getting longer.....oh no, hang on, there are folk on here who spout the big 6 don't get preferential treatment at all, the FA/PL/ don't have any hidden agenda, it all works out over a season blah blah blah.
Next time we lake liverpool and their scruffy manager (insults) and they're given abuse, we best beware of the backlash and the imminent fine,
HEADLINE : LU supporters go over the top and upset a foreign manager , fined for misbehaving under new rules and regulations that we are just about to make up, section 112 / 1.6
Top

So that’s the explanation then “Struijk was out of control when he made the challenge”! What a load of bunkum, I’ve rarely seen a more controlled tackle, the fact that they ended up with their legs in a tangle was just accidental and the fact that Elliott ended up with an injury was just unfortunate. They may describe it as a lunge but it if that’s the case then by my evidence it was a controlled lunge aimed at getting the ball with no malicious intent. Elliott had let the ball get too far away from him in which case Struijk had every right to try and take the ball which he did and very cleanly too.

Compare that with Tarkovski’s tackle on the Everton player recently which wasn’t even yellow carded - talk about inconsistency (and bias)!

Marcelo Bielsa sees the injustice here and can’t help himself by making it known, but as is typical with the man he just describes his thoughts in a less direct way.
Top

It goes to show that the Pascal appeal decision was down to personal opinion and nothing else and three former footballers couldn't unanimously agree.
The fact that Harvey Elliott said the decision was wrong should be enough to overturn the ban but we all know that isn't going to happen.
Tonight's game is massive as the following one against an in form West Ham will be very tough.
The flowers of common sense do not grow in everyone's garden
Top

Tarkovskis challenge on Richarlison was a real leg breaker, only Richarlison himself hopping into the air avoided any serious injury being inflicted and I was absolutely amazed that not even a yellow was issued never mind a red. The inconsistencies of refereeing at this supposedly top level are appalling.

The FA are nothing if not consistent, they have NEVER done Leeds any favours.
Top

Interesting that there wasn't a defender on the panel that judged. Surely when having to evaluate a tackle on the pitch defenders or even central midfielders would have more knowledge about tackling than a winger, striker and keeper. Just sheer incompetence from the FA.
Senor El Weasel
Top
Post Reply
8 posts • Page 1 of 1