Help support the site by using our Amazon Affiliate link when making any purchases from Amazon.
Post Reply
34 posts 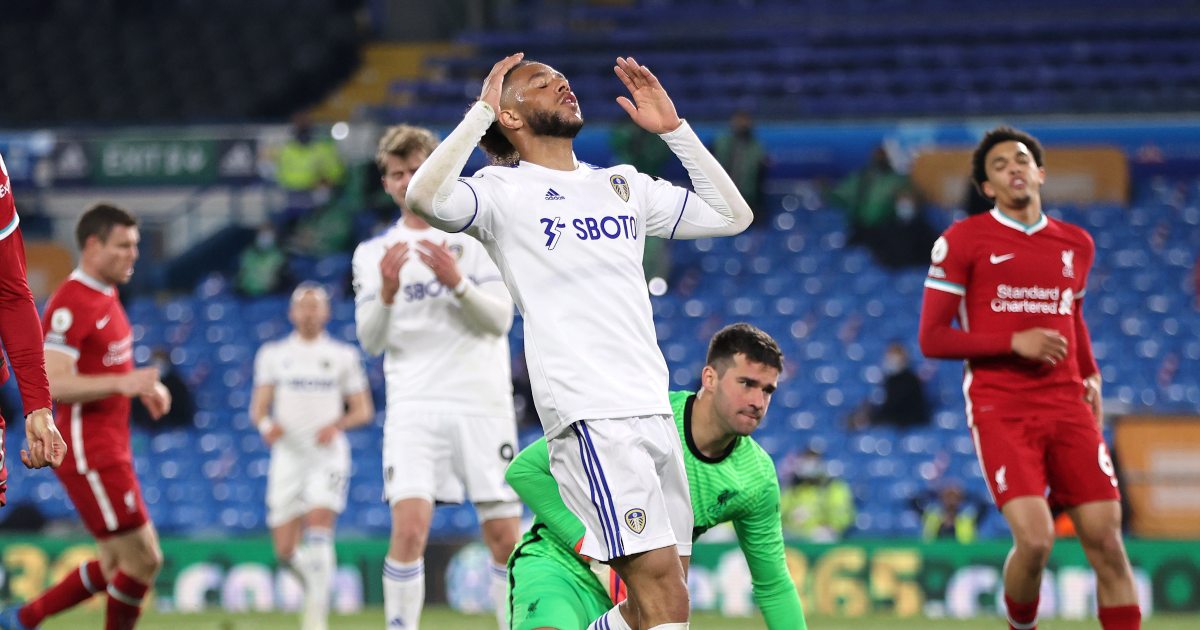 Good Morning. It's Thursday 21st October, and here are the latest headlines from Elland Road

'Roberts isn't playing well', 'he isn't making a concerted impact' and 'Leeds don't get a lot from him'! These are the words from Leeds Utd journalist Phil Hay discussing everyone's favourite scapegoat!

Roberts isn’t playing well but I was making the point on the podcast recently that the attention on him seems to be ignoring the fact that numerous other players aren’t playing well. Granted, some of them have much more credit in the bank than Roberts but still, I do feel like we get bogged down in Roberts chat. The same with Cooper from time to time.

At the same time, Roberts isn’t making a concerted impact. That’s not in dispute. He can be quite effective in helping Leeds progress up the field but in a purely attacking sense, they don’t get a lot from him.


Do you think Tyler Roberts is playing well or is he a scapegoat? Does he offer enough creativity and end product or should we be looking more at the big money signings such as Rodrigo to deliver. Roberts can be a frustrating player, he shows moments of brilliance but more often than not he is not quick enough with his decision making for the Premier League. There is a good footballer there, can he make that final step to become a great one?

There's nothing wrong with Leeds fitness

Leeds may have appeared sluggish, especially in pre-season, but as we know perception can be deceiving. Recent data shows that Leeds have covered more ground than any other team in the top fight. Interestingly, one player who stands out in the Premiership is Jack Harrison. When distance and speed were calculated across the top flight, it was revealed that the Leeds winger would run the distance of a marathon in circa 363 minutes! In their first seven games this season, Leeds have run over 18 marathons as a team (764km).

Not only do they cover the most distance, but their anaerobic stamina (quick bursts of energy like sprints) are 21% more efficient than second place Southampton. We know there's nothing wrong with the fitness of Bielsa's squad, and reassuringly, their anaerobic levels have not dropped either. Where are Leeds going wrong this season? We can't blame it all on injuries!

Next two matches are crucial

Phil Hay believes Leeds are going to be heavily reliant on their big guns over the next few games, and has stressed the importance of not losing to Wolves or Norwich. Whilst the Canaries are in free fall, Bruno Lage's team have hit a rich vain of form with three wins in a row, including coming back from 2-0 down to win at Villa Park with three goals in the last ten minutes! According to Hay...


I do feel like they’ll be fine this season but I’m not sure there’s been a time under Bielsa when this squad were more reliant on their most key men. There was very little way of changing that game on Saturday and when you’re in a spot of bother, that’s far from ideal. They need to make something of these next two matches.

So we can run more than other teams....great stuff, things are looking up

Roberts it has all been said. His trajectory has been all wrong he needed loaned out last season to Wigan or somewhere....

Running. Nice to see we are still working hard, hopefully the quality will return soon otherwise it will get dicey.
'We can wait for the next game with serenity'

How about practising our shooting or how to defend efficiently in training as opposed to running our ar*es off?
Top

The great Tyler debate there's definitely a Netflix series in there as its gonna run and run (a bit like the Leeds team). For me I want him to do well but frustratingly it just doesn't seem to happen, he'll do a great bit of skill then fluff the pass/shot, I've said it on here before (many others have also) he needs regular first team football not just bit parts and the odd game so he needs to go out on loan in January and prove he's got it in him.

Yea we can run but at the minute we can't pass, tackle, block, defend or score goals and I'm starting to think those things are a bit more important currently.
A bumble bee under the laws of physics shouldnt be able to fly, but it does because no one has told it that it can't
Top

1964white wrote: ↑Thu Oct 21, 2021 8:14 am How about practising our shooting or how to defend efficiently in training as opposed to running our ar*es off?

Absolutely, what the first table shows is that the top 3 running teams are all in the bottom 4

Except for the Everton penalty, Cooper has been playing well this season. Better than Struijk.
Top

Phil Hay is only saying what most of us on this forum have noticed and been saying for a long time now regarding Roberts. That he shows moments of brilliance but creates very little and has very little end product. In short, in the positions he is playing, he should be having a lot more impact on games than he does.

Yes we should be expecting more from Rodrigo but I’m not holding my breath!

Looking at the running statistics league it is noticeable that the top teams in the division are generally mid-table or lower which confirms what I think most of us suspect. That, since Bielsa came, we have been over achieving, if you have better players you don’t need to run as far. Perhaps this will be the season where we stop over achieving and revert to what could realistically be expected by the sum of our parts.

If Phillips, Raphinha and Bamford are back for the next 2 games then I believe we have a chance of picking up at least 4 points in the next 2 matches if one or two of them are still out then another two defeats wouldn’t surprise me.
Top

I suspect those teams that hit the target more are in top 3.

Same applies to those teams who have less shots peppered at them.

I feel sorry for Meslier.
Top

Important we don’t lose the next two? That suggests two draws would be ok. No they won’t. Anything less than two wins and we’re wmbroiled in a relegation battle with a horrible set of fixtures upcoming in december
Top

dester23 wrote: ↑Thu Oct 21, 2021 8:29 am Except for the Everton penalty, Cooper has been playing well this season. Better than Struijk.

Struijk was cruelly suspended for three games & has been asked to play as a defensive midfielder, a position he's not proficient in.

Pascal is much better alongside Llorente, a CB combination that stopped the rot last season. Do our fans remember those two CB's conceding 12 goals in our last dozen matches as opposed to leaking bucket loads of goals with Coops at the heart of our defence?
Top

It was brought to my attention that Phil Haye used this adjective in conjunction with the performance of Tyler Roberts.

From an epistemological point of view relating to the theory of knowledge, especially with regard to its methods, validity, and scope, and the distinction between justified belief and opinion, I would posit the fact, as a basis for argument, that this is the wrong choice of adjective, and that in no way has Tyler Roberts playing style been jointly arranged or coordinated. 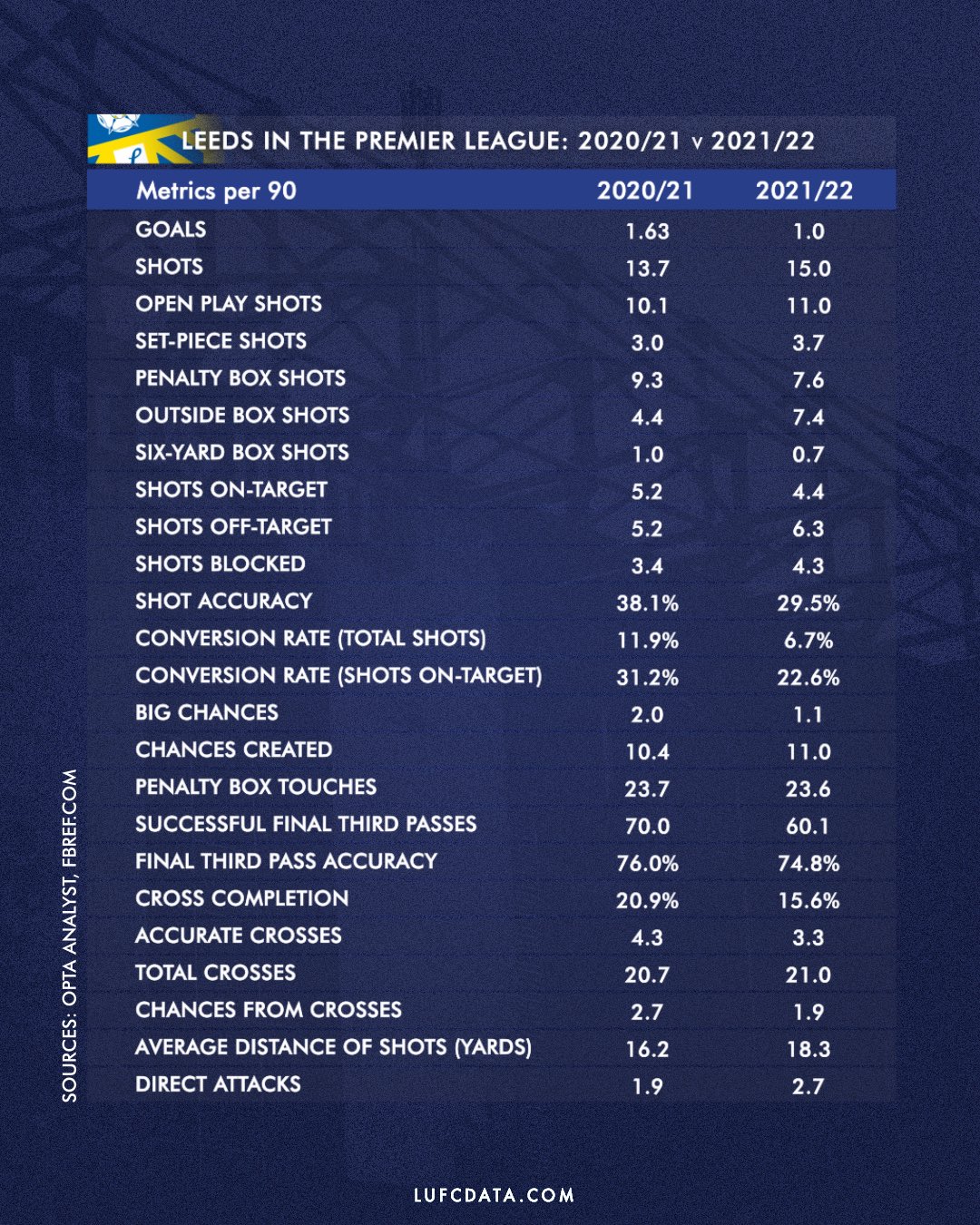 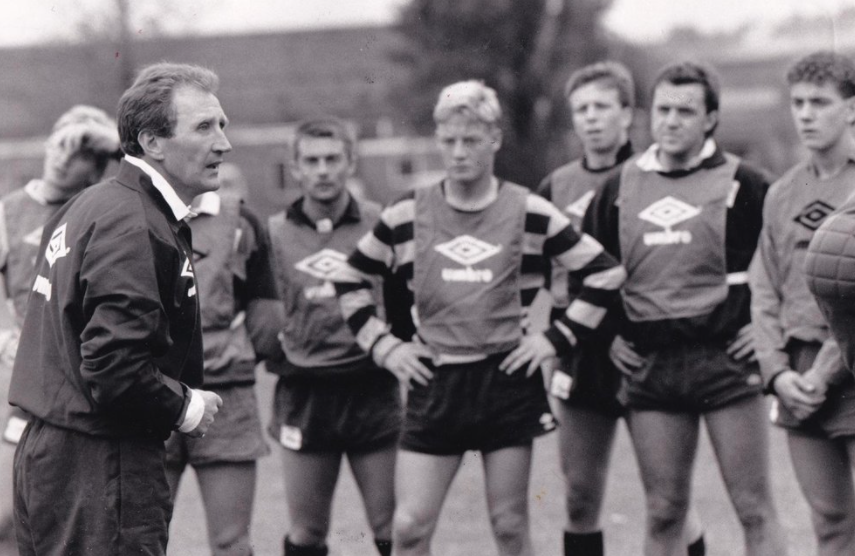 Could it be Jon Newsome at the end?
Top

Roberts is one of the manager’s 18 so he seems to get preference. An OK player in the Championship, way off the requirement at this level. Systematic of our dearth of talent in midfield.
Top

1964white wrote: ↑Thu Oct 21, 2021 9:14 am Struijk was cruelly suspended for three games & has been asked to play as a defensive midfielder, a position he's not proficient in.

Pascal is much better alongside Llorente, a CB combination that stopped the rot last season. Do our fans remember those two CB's conceding 12 goals in our last dozen matches as opposed to leaking bucket loads of goals with Coops at the heart of our defence?

Well Tyro is making a concerted impact, on my tit end

So despite all our great running and sprinting stats we can't convert them into victories.

I feel like we've lost our way, and surely direction should come from MB, but there should also be leaders on the pitch, which there certainly wasn't at Southampton.

Tyler Roberts 86 appearances for Leeds and 8 goals, not impressed at all. I would loan, or flog him at the first opportunity, along with Forshaw. Rodrigo's heading in the same direction. In the past I would say that Roberts is the weak link, but he isn't even the worst in that "midfield" Dallas and Klich are stinking the place out every week. Tbh I'm more than sick of wasting my breath on Tyler Roberts.

I'll be amazed if Wolves don't beat us on Saturday, and if KP and Paddy stay injured we might be looking at giving Norwich their first victory, just as we did with Southampton. Southampton have averaged less than one point per match in 2021, but we gifted them an easy three points, with Redmond trotting round like a toddler, without a care in the world.

It's up to MB and the players to show some pride, that they didn't at Southampton, and show they want to win for us.
Top

Roberts is one of the manager’s 18 so he seems to get preference. An OK player in the Championship, way off the requirement at this level. Systematic of our dearth of talent in midfield.

I think Newsome was signed in a double deal with Sheff Wed which included David Wetherall?

I don't think Roberts was even ok in the Championship, along with Forshaw. I just can't fathom how anyone would think Roberts n Forshaw are good enough to play as starters, or subs, in the Prem? Other than MB and Radz

I'm also sick of hearing this bollocks about Roberts n Rodrigo "There's a player in there" = Where? They're both doing a hell of a job of disguising their supposed amazing talents.

Roberts has 86 appearances and 8 goals, most of those in the Championship. So almost one goal per eleven matches, so does anyone think 4 goals per season for an attacking midfielder, or whatever he's mean't to be, is sufficient, worthy of a new contract?
Top
Post Reply
34 posts