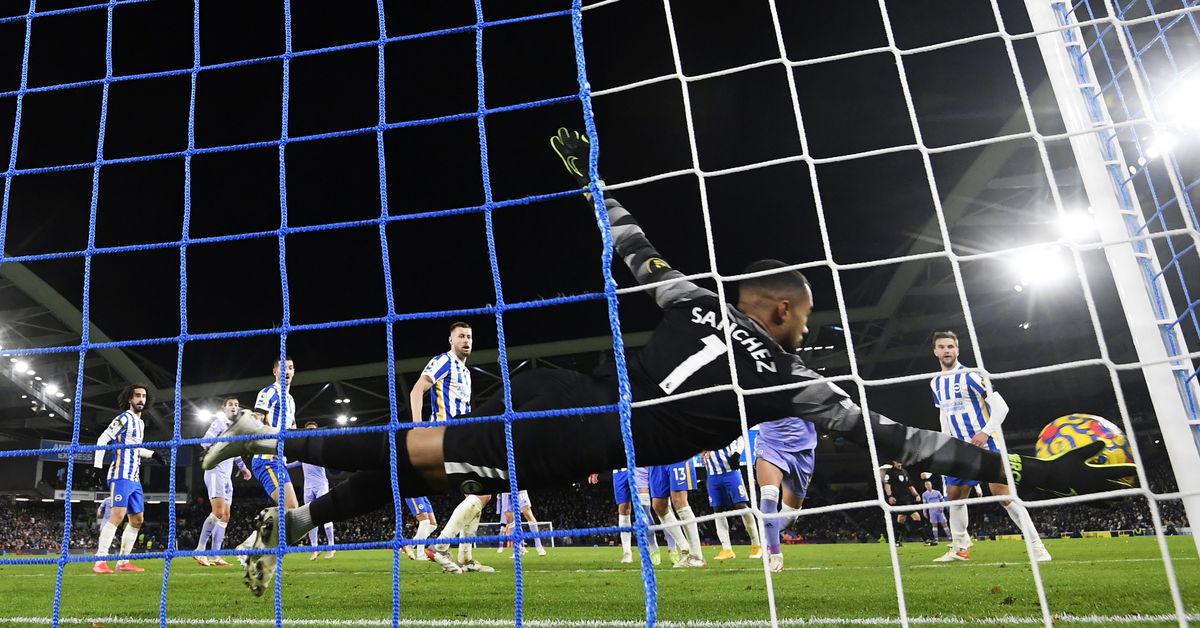 Good Morning. It's Monday 29th November, and here are the latest headlines from Elland Road...

A combination of poor finishing, fine goal keeping and sturdy woodwork spared Leeds blushes on Saturday evening following their trip to the Amex Stadium. Their performance was reminiscent of their last outing to the South Coast where they were torn apart by Southampton, but Brighton proved to be a different beast.

Prior to Saturday's game, Brighton had not won in seven attempts, and confidence was low. Graham Potter put together a starting line up full of guile, creativity and more importantly balance; all the things the visitors lacked in abundance. Even the normal reliable Kalvin Phillips looked lost at Sea, and was substituted at half-time, much to the bewilderment of 3000 travelling Leeds fans who braved the torrential weather conditions to make it to West Sussex in time.

Whilst Phillips performance was well below par, that is nothing compared to Junior Firpo. The former Barca left back was an absolute liability during the first 45 minutes, and duly made way for Pascal Struijk in the second half.

Although severely outclassed throughout the game, Leeds never gave up. Whilst outclassed in every department, the efforts the visitors made were plain to see. Had they been offered a point before the game, I'm sure they would have taken it, but only because the home side wasted a hatful of chances in front of goal. 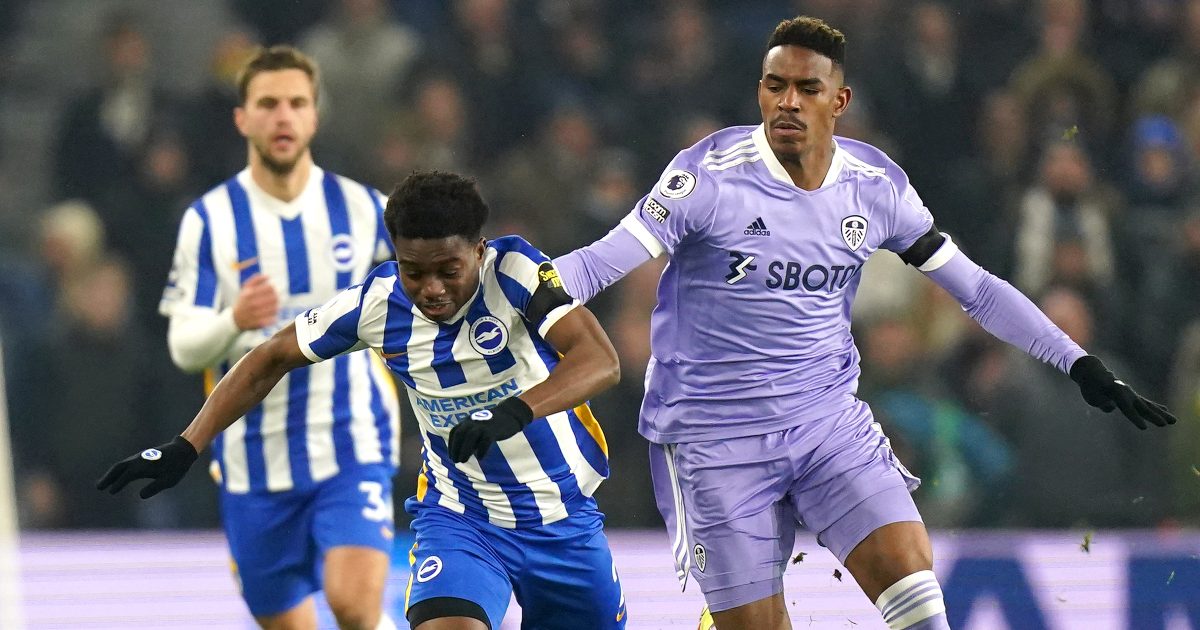 What does Gelhardt have to do?

It's fair to say Bielsa's decision to play Daniel James as a centre forward, and drop Gelhardt to the bench clearly did not pay off on Saturday. Instead of realising his glaring error, the stubborn 66yo persevered with his disjointed formation, and when it came to substitutions, theusual suspects got the nod.

Let's be honest, the only reason Gelhardt was named in the starting XI last week was because both Rodrigo and Bamford were injured. During his limited appearances the youngster has not disappointed. His close ball control, intelligent hold up play, running at defenders, and deadly strikes have already made the 19yo a household name in West Yorkshire, yet Bielsa decides to play more square pegs in round holes.

Bamford is approaching ten weeks on the sidelines, and the 19 year old has started once. What does Gelhardt have to do?

A week that could define our season

Leeds need points on the board in their next two fixtures, starting tomorrow night with Crystal Palace at Elland Road. Whilst it's too early to say it's a must win match, both Burnley and Norwich are breathing down our necks, albeit Norwich have a significantly poorer goal difference.

Our displays against Leicester and Spurs (in the first half) show we have what it takes to put distance between us and the bottom three, but it has to start now! According to Leeds journalist Phil Hay...

Saturday felt like a very square pegs in round holes day. Which can’t help a side who are reaching for form anyway. We said on the podcast that you’d know after 10 minutes how the game was going to go and that’s how it turned out. Brighton on top for most of it.

There was a big problems with players bringing the ball out or intercepting it in good positions and then giving those positions away cheaply with a poor pass. Happened repeatedly and didn’t help. If they are on 18 points at the end of this week then there could well be a wide gap to the bottom three, in which case the pressure lifts significantly.

if I hear the phrase Square peg in round hole one more time I'm going to be put in a straight jacket and thrown in prison.

It is fast becoming the Leeds motto. it should be banned
Top

Is anyone else confused as to why Dan James is playing up top as a 9 at all with Joffy and Rodrigo fit? I'd credit Tyler Roberts as being more specilaized as a striker than James also, but he is simply too poor to start with.

It's a great shame we did not get RDP in when we were seemingly in the running. We need a 10 desperately and not play wingers as strikers.
Top

Thankfully I managed to miss this game because I was out on the piss in York with a few mates I haven't seen for about 3 years. Unfortunately I watched the "Highlights" god it was dull and we looked poor all over the pitch so I'm not going to say amore about that game.

Palace are one of those teams at points during a game they look world beaters but then the next game they are awful I'm just hoping this team of southern softies don't get out of the starting blocks on a very cold Tuesday night in Leeds, we need a win for the points but also to bring some confidence back into the squad.
A bumble bee under the laws of physics shouldnt be able to fly, but it does because no one has told it that it can't
Top

If Gelhardt worked on his man bun, then he'd plenty of game time.
Top

rab_rant wrote: ↑Mon Nov 29, 2021 9:57 am if I hear the phrase Square peg in round hole one more time I'm going to be put in a straight jacket and thrown in prison.

It is fast becoming the Leeds motto. it should be banned

Well, there was plenty of that going on at Brighton.

Haven't got a clue where our players are supposed to be playing right now, I reckon our lads are confused too

The lad needs to start bun or no bun.

Just heard on the radio that MB has said there is no problem between KP and himself. Asked about the substitution he said…

“ It was for the good of the team”

I have a horrible feeling about this.
Top

Dire performance is dead right, how could you describe it as anything else? Tinkering unnecessarily by playing players out of their best, natural and favoured positions (is that any better Rab?) certainly didn’t help but possibly isn’t the whole story. Many of our players are out of form and lacking confidence, perhaps in their own ability, perhaps in the system, and it’s been the same all season including preseason. I don’t know the true reason for this current dip but something needs to change before it’s too late. 6pts, or at least 4pts from the next 2 matches is absolutely essential.

What does Gelhardt have to do? Good question!
Top

What does Gelhardt have to do?

Juggle, learn Spanish, i better not say the other its a family site. I am with those who say when we play so well (spurs) leave the side as it is to build momentum, oh and draft Raph in obviously. I can only think that MB thinks he is not physically ready despite Marcello sticking with Rodrigo who has looked way off the pace since he arrived.

Reading a article in the YEP MB response to a journo asking him about Redknapps comments about something not being right with Phillips. Bielsa's comments seem to follow a very similar path to that of Pontus and then Hernandez in that he praises them to start, admires there qualities but then affectively says no one should believe they have a devine right to play? (you know my english is bad)

So using my telepathic talents i'd say there has potentially been a mini bust-up. What i will say tho is this will have to be resolved quickly... i can't imagine AR watching one of his major cash cows being left out and his value decrease. Am i just being too cynical?
Top

Harrison has removed his man bun and still he is being selected for the team. I would say that your hypnosis is flawed.

I would say that the hair shaved from the side of the head Peaky Blinders style is a more reliable indicator of team selection.

Or another positive indicator is the ability to speak Spannish and therefore be on the same wavelength as Bielsa.

Since young Joe fails both linguistically and tonsorially this may be the reason he is ommited.
Top
Post Reply
11 posts • Page 1 of 1