Help support the site by using our Amazon Affiliate link when making any purchases from Amazon.
Post Reply
32 posts

Good Morning. It's Thursday 11th August, and here are the latest headlines from Elland Road...

Leeds face competition from Benfica and Dinamo Zagreb for Philadelphia Union's Kai Wagner. Jesse Marsch is keen to sign a specialist left wing back to create competition for Junior Firpo, and according to Forbes journalist Manuel Veth, the 25yo German is high on Marsch's shopping list.

It is believed that Leeds hold a big advantage over their competition should they wish to meet
Philadelphia's £4m valuation. Not only is Marsch good friends with Union's head Coach Jim Curtin, but Wagner and Brenden Aaronson used to play together, and let's not forget about the influence the 49ers may have!

Wagner has been one of the first names on the team sheet all season, playing all 24 games, providing 5 assists on the way. He has been named to play for the MLS All-Stars in their upcoming All-Star showdown against the Liga MX All-Stars later on today. 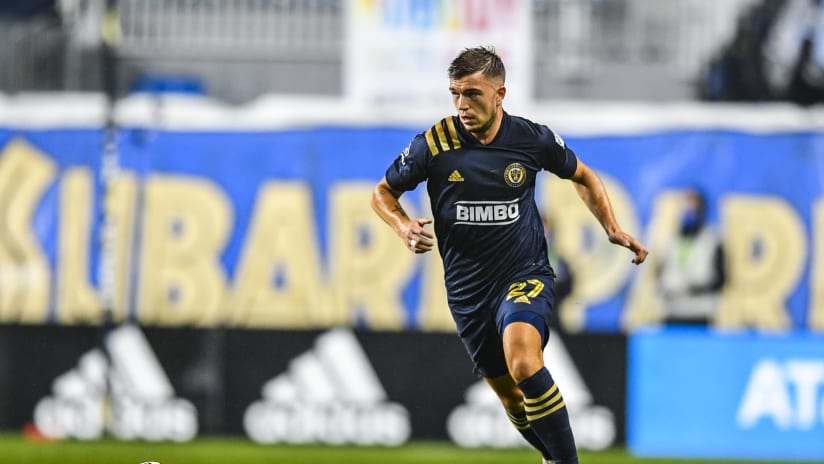 Speaking ahead of Saturday's clash at St Mary's, Elland Road journalist Beren Cross believes that Dan James could have a fight on his hands to 'get in the strongest XI' once Sinisterra returns to the fold. The Columbian winger pulled his hamstring during the early stages of the 1-1 draw against Crystal Palace last month, but has been working hard on the training pitch to regain full fitness. If Sinisterra can replicate the same kind of form he showed last season for Feyenoord, and Jack Harrison continues to impress, Jesse Marsch may have a dilemma on his hands.

The jury is still out on Sinisterra, we really haven't seen enough of him yet. If he's anything like as good as Raphinha then he starts in that trio with Aaronson and Harrison. James may have a fight on his hands to get in the strongest XI. It's him vs Harrison, for me, if Sinisterra proves his worth at around £25m. 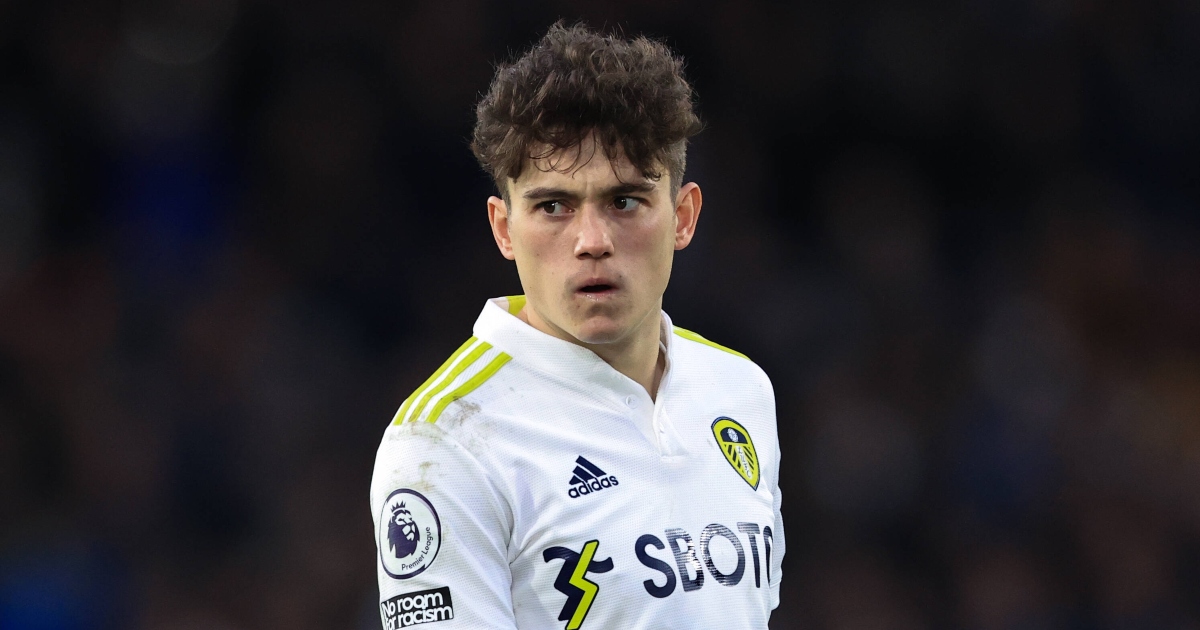 Italian media outfit 'TuttoMercatoWeb' are claiming Leeds are on the verge of signing two Watford players. Ismaila Sarr, a £30m record signing from Rennes back in 2019 plays predominantly as a winger. In 91 appearances, the 24yo Senegalese International has netted 24 times.

Even more bizarrely though, Joao Pedro has been strongly linked with a loan move to Elland Road. The talented 20 year old Brazilian has been in impressive form since his arrival at Vicarage Road two years ago (from Fluminense), although he has yet to find his striking boots. He made 29 appearances for the Hornet's last season, netting just four times, though his overall performances gained a lot of praise. He is contracted to Watford for another five years (2027). Why Leeds would be linked with either player remains a mystery! 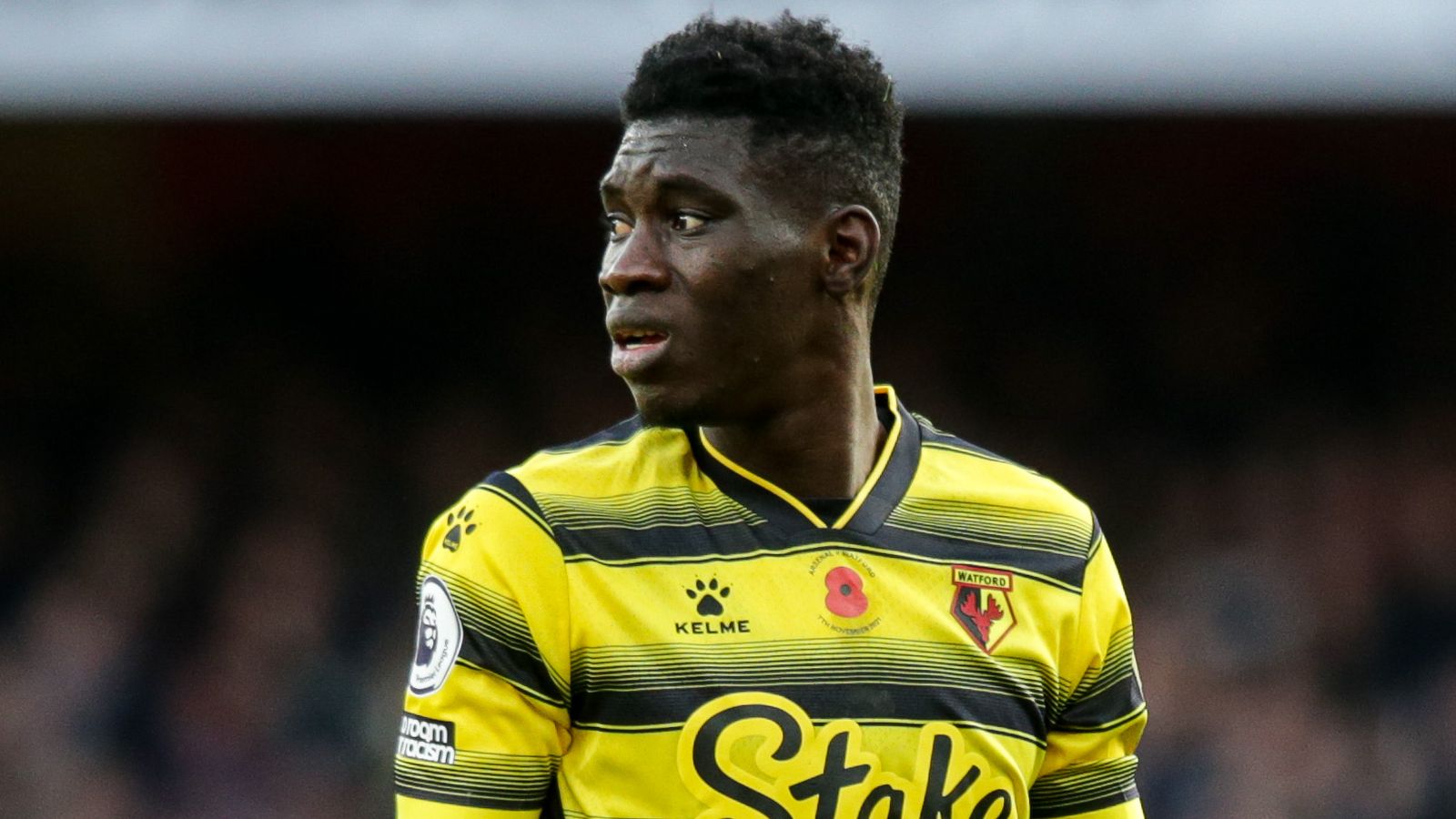 Don't understand, why a mystery?
Cry Summerville and let slip the dogs of war

Everyone should be fighting for his place in the 11.
James and Aaronson bothhassling the back like be fun to watch though.
'We can wait for the next game with serenity' Marcelo Bielsa

James also has to get past Rodrigo who was very good v Wolves. But it's what everyone was moaning about last season. If you have strong depth then good players are going to be on the bench

Wagner would be a great addition also competition and cover for Firpo...

Also see Che Adams name is still linked. Adams/Sarr and Wagner all coming would be a wet dream come true... That would put us top 10 in my opinion and top 10 is a shot at Europe, not real Europe but the cheap imitation one ...

f**k the money, go for it
Cry Summerville and let slip the dogs of war

Watford were dire last season (worse than us) Sarr flatters to deceive most of the time then something happens out of no where but it's not every game or every 3 games, so a no from me especially for the money Watford want, Pedro give over why would we want a striker that can't score - oh hold on a minute we've let Costa and Roberts go perhaps it's to replace them

£4m for a player is peanuts these days especially if he proves to be the answer to our left back conundrum. Probably worth a shot at that price anyway as from what I’ve seen of him so far Firpo would be our weakest link currently.

The “strongest XI” is not easy to define these days as it is dependent on many factors; tactics, our formation, formation of the opposition, stage of the game, whether we are winning or losing etc. As someone mentioned the other day, now, with the 5 substitution rule we should really be talking about our strongest XVI and James would certainly get into that unit.
Top

Indeed it would be if the new links materialise, just what was required

TSB earlier in the week were talking about the 5 subs and that there's lots of conversation about actually keeping your strongest 11 for the last 30mins when the opposition are tired so I think that will come into play for a lot of games this season. We just need to make sure we aren't 3-0 coming into the final 30mins

They're lazy media links, nothing more 64.
Sigh.....I'll be glad when the transfer window closes.
The flowers of common sense do not grow in everyone's garden
Top

Point is Chilli, football fans believe all the b*llsh*t. The bloggers are making a fortune out of the transfer window, insisting you subscribe to their sites as they think they know it all when all they are doing is reading clickbait articles, calculating 2 + 2 = 5.

No one has any idea which players are heading to Leeds.
Top

Ratscoot wrote: ↑Thu Aug 11, 2022 9:05 am TSB earlier in the week were talking about the 5 subs and that there's lots of conversation about actually keeping your strongest 11 for the last 30mins when the opposition are tired so I think that will come into play for a lot of games this season. We just need to make sure we aren't 3-0 coming into the final 30mins

TSB, the only site whom stick to relevant football matters during transfer windows.
Top

It is,though U21s don't count towards the 25 I think.
'We can wait for the next game with serenity' Marcelo Bielsa

Sarr and Pedro won't be coming. Anybody believing what Foot Mercato write needs to give their head a wobble
Top

It would be but you have Adams & Rodrigo in twice, no Greenwood ?

I'd welcome Wagner not so sure about the Watford pair.
Top

prutbrk wrote: ↑Thu Aug 11, 2022 10:33 am Sarr and Pedro won't be coming. Anybody believing what Foot Mercato write needs to give their head a wobble

Much head shaking on here, prut,

get those two and the squad depth will be sorted
Top

Yet some fans were apoplectic when we spent £5m on Darko Gyabi. If only we'd spent £4m instead on him then everyone would have been happy.
Marsching on Together
Top

As per Leeds Live, the Whites boss has said that Dan James will be fit enough to be on the substitutes bench at Elland Road.
Top
Post Reply
32 posts