Help support the site by using our Amazon Affiliate link when making any purchases from Amazon.
Post Reply
28 posts

Good Morning. It's Friday 25th November, and here are the latest headlines from Elland Road...

Media reports from Brazil are suggesting that Leeds could be lining up a bid for Flamengo star Pedro. With 29 goals and 10 assists this year alone, the versatile forward has attracted the attention of a host of top European clubs.

Pedro has a €100m (£86m) release clause; it seems ludicrous that we would splash out £86m, when we refused to pay half that for Gakpo. Although exciting to watch, the Brazilian League (Brasileiro Série A) is ranked only eighth in the World, only two places higher than the English Championship. He has two Brazilian Caps to his name, but is hoping for more game time during the World Cup. 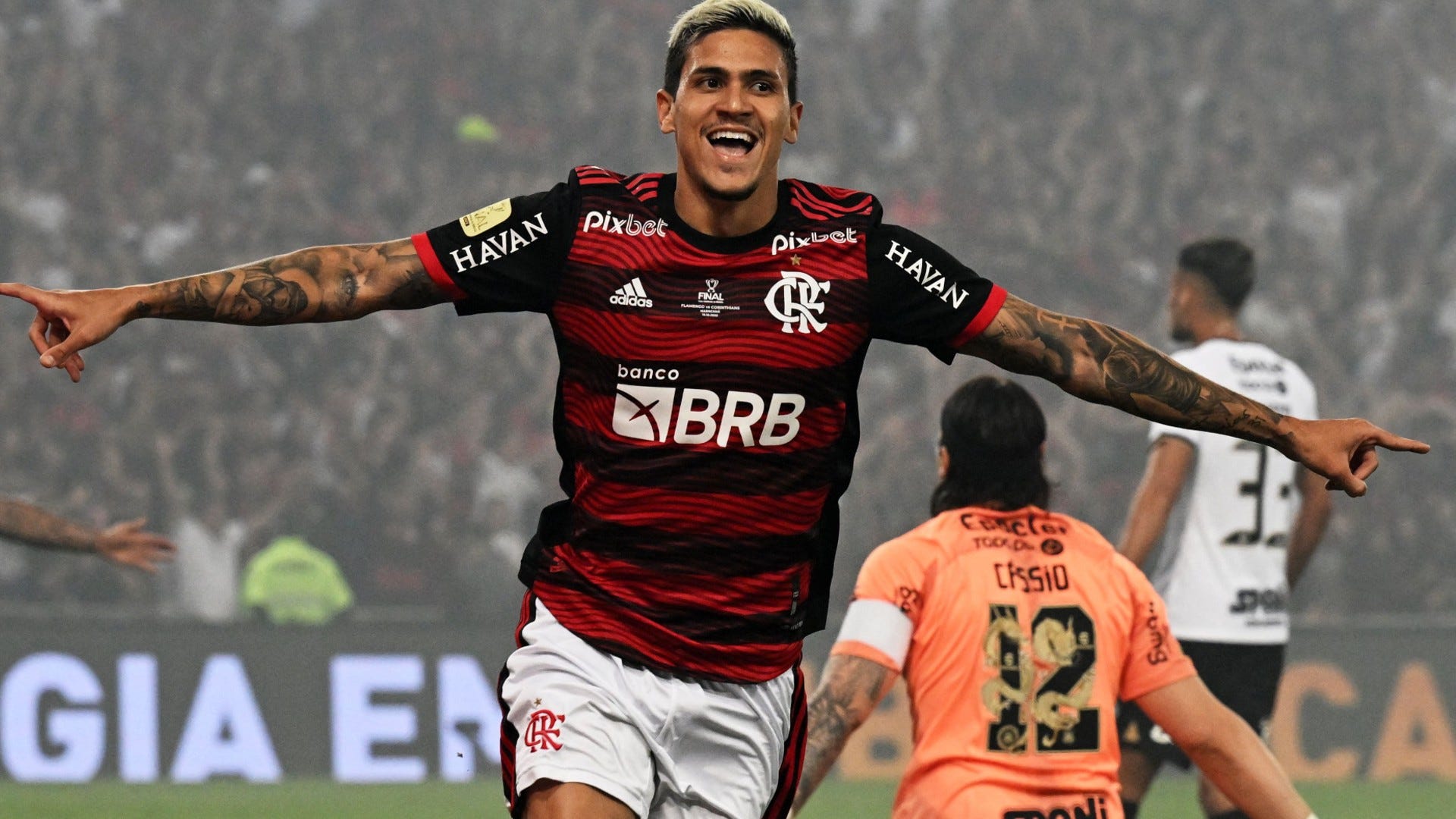 Elland Road chiefs have asked their AC Milan counterparts to keep them informed of their intentions regarding Charles De Ketelaere. The 21 year old is clearly out of his depth at the San Siro, having failed to score in 27 appearances in all competitions this season, yet Sporting Director Paolo Maldini believes De Ketelaere just needs time to adjust to life with the Italian Champions.

He is suffering, it is a different environment with different pressures, he said, as reported by Sempre Milan. He has more knowledge than before. We signed a five-year contract with Charles not five months, we are waiting for him, just as we are waiting for [Divock] Origi. They have everything to be decisive. We have had many examples of players who took a while to understand what is needed to play at Milan.

Marsch isn't going to be around forever

Former Leeds and England keeper Paul Robinson has warned Leeds about signing too many former Jesse Marsch's players, especially if they're American, insisting the ER gaffer isn't going to be around forever. Marsch had been heavily criticised during the Summer for being linked, and buying players he already had an association with, yet all his Summer buys have been a success thus far.

I was surprised that Brenden Aaronson didn’t start. I’m glad that Tyler Adams got the captaincy, though, taking it off Pulisic and gave the players a vote so it shows what standing Adams has in the dressing room. I think you’ve just got to be careful of signing too many of the manager’s former players, or a better phrase, too many American players because he’s not going to be there forever to a certain level, so I’d be reluctant. 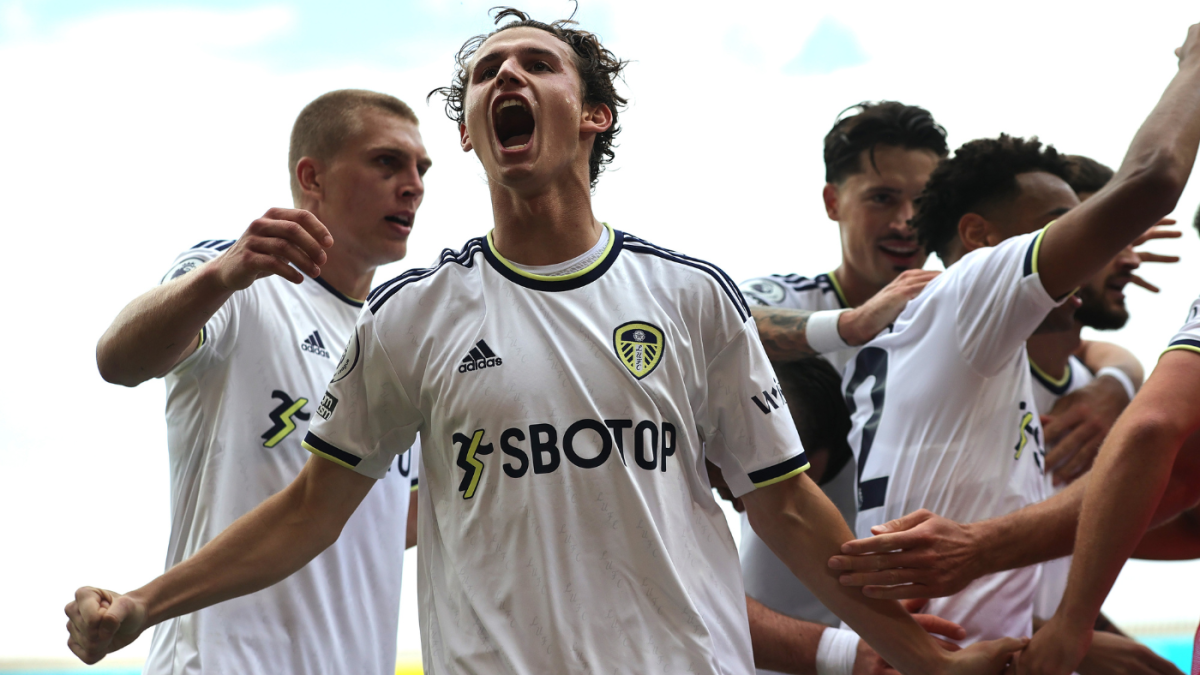 AC are correct regarding CdK, the quality is there, have patience. But if they sell at a loss I'd be happy to see him at ER

Not sure what Robinson is talking about tbh ... clearly uninformed and badly written..
Last edited by faaip on Fri Nov 25, 2022 9:41 am, edited 1 time in total.
Cry Summerville and let slip the dogs of war
Top

De Ketelaere, not sure I’d want him anyway, he burnt his bridges when he chose Milan over us, as far as I’m concerned.

Funnily enough I kind of agree with Robinson to some extent. I’m not suggesting that Marsch would do this, but if he were to insist on buying players just because he’s worked with them before and he feels comfortable with them but they are no better, or not even as good, as players we already have in the squad, then that would be counterproductive. Having said that, certainly Adams and Aaronson look a cut above what we had and Kristensen is showing promising signs.
Top

De Ketelaere as a loan with option to buy would be good.
Top

Charles De Ketelaere...failed to score in 27 appearances in all competitions this season...

Maybe if was valued at around £20m we'd be interested, absolutely no chance of Pedro coming to Leeds.
Top

Nothing much to write about really, LUFC "interested" in £100 million striker , no s**t.
PR, full of s**t.
Keep Fighting
Top

Tbf to Ell the link to Pedro is from a Brazilian Flamengo FC website with nearly 1mil followers and Fabrizio Romano.

Cjay wrote: ↑Fri Nov 25, 2022 12:45 pm Tbf to Ell the link to Pedro is from a Brazilian Flamengo FC website with nearly 1mil followers and Fabrizio Romano.

Nor should they.
Cry Summerville and let slip the dogs of war
Top

Well that made me laugh Ell

How many of our players would we have to sell to get a net spend out of that deal?

Hey, maybe we are just about to be taken over by someone really rich.
Top

Leeds linked with 100m Brazilian forward. AS IF.
Top

Pedro at 100 million euros is madness, he is no Erling Haaland and Man City paid 60 mill for his services. There are better strikers out there for the money... AC Milan are playing CDK out of position and he can not adjust to his new role. He should have choosen Leeds but I certainly do not hold it against him for going with AC. Surprised at Robinsons comments if this is true. Its obvious to anyone with any sense that football managers are constantly under pressure to deliver, so bringing in proven players that will fit the style of play makes more sense that taking a punt on expensive unknowns that might do ok given time.
Its generally annoying to have to read all these links to players by so called journalists that are lazy and have nothing to write about at the time. Its always the same and usually happens close to the window in January. Whats next I wonder...
Top

Why do you all think he gets sold for 100M .. he won't....
Cry Summerville and let slip the dogs of war
Top

Cjay wrote: ↑Fri Nov 25, 2022 12:45 pm Tbf to Ell the link to Pedro is from a Brazilian Flamengo FC website with nearly 1mil followers and Fabrizio Romano.

Maybe if it was Zambian Dollars
Top

I thought the kid said he didn't want to come? Let me just try and put myself in his shoes for a second. Fighting for a title in Italy, still in the CL, decent weather, shed loads of cash.... Fck it Leeds.

How does he know Marsch won't be around forever. Once that American investment comes our way they are going to want to back their man. A good player should be able to perform in any team and especially ours with the squad being so thin.
Top