Help support the site by using our Amazon Affiliate link when making any purchases from Amazon.
Post Reply
284 posts


Leeds face Western Sydney Wanderers on Saturday at 10.00am BST for the second game of their Australian tour. Western Sydney are a young team, established only 7 years ago, but has established itself as a major force in both Australia and Asia, having won one A-League Premiership and an AFC Champions League title in its short history. They are managed by former German international Markus Babbel who had a spell in Englad with Liverpool early this century. Australian league sides are limited to only five non-Australian players so there are little in the way of household names though they do have a young Austrlalian striker of the name Kwame Yeboah which will echo with Leeds fans.

Leeds lost 4-0 to Manchester United on Wednesday in the first game of the tour but what can you learn playing a friendly on the other side of the world with a weakened side against a team who have one player worth more than your entire club? Probably not a great deal more than we already knew. The Leeds line-up was probably short of four players we would expect to start next season but we lack pace at the back with a Berardi and Cooper central defensive partnership, we don’t convert enough of our chances, Bamford and Roofe probably can’t play together in this system and we missed Klich. As much as they are our old rivals, the result doesn’t matter a feeling shared by Bielsa as he flew in and out for the minimum time possible.

G'Day all, Wanderers fan here. Just an insight into what you can expect. We're finally returning to our redeveloped home ground after a 3 year absence. Expect a decent crowd ( 20K ) and the Wanderers' active support ( RBB ) in full voice. We have the first safe standing section in Australia, and this was basically brought about due to the effect the RBB has on game day experience. Markus Babbel (our manager) has been in the media here saying that we'll be playing an attacking brand of football, however bare in mind we are still 3 months out from our season start. After being nomads for the past 3 seasons, there is a bit of excitement building here for this game. It's game day for us, can't wait. My score prediction....... 2-2.
Top

Welcome to MOT & thank you for the information on Wanderers Ozi

Social media is abuzz here for this match. I can't explain enough what it means to be returning to our home ground. Leeds United will forever be in our history now, the 1st match at our new stadium.
Hope you guys get to watch the match. We're expecting a good turn out of your supporters, hopefully vocal too. Because this is a little snippet of what they'll be facing.

OziBeerMan wrote: ↑Sat Jul 20, 2019 4:36 am Social media is abuzz here for this match. I can't explain enough what it means to be returning to our home ground. Leeds United will forever be in our history now, the 1st match at our new stadium.
Hope you guys get to watch the match. We're expecting a good turn out of your supporters, hopefully vocal too. Because this is a little snippet of what they'll be facing.

Looks really good Ozi, hopefully the singing matches the football so we’ll have a great game on our hands, all the best mate
A bumble bee under the laws of physics shouldnt be able to fly, but it does because no one has told it that it can't
Top

Decided to pay £5 to watch this game hopefully without all the interferences of a dodgy stream, a fiver barely buys a pint & a packet of crisps nowadays, anyway I'll be spending a fortune following Leeds all over the country from August onwards.
Top 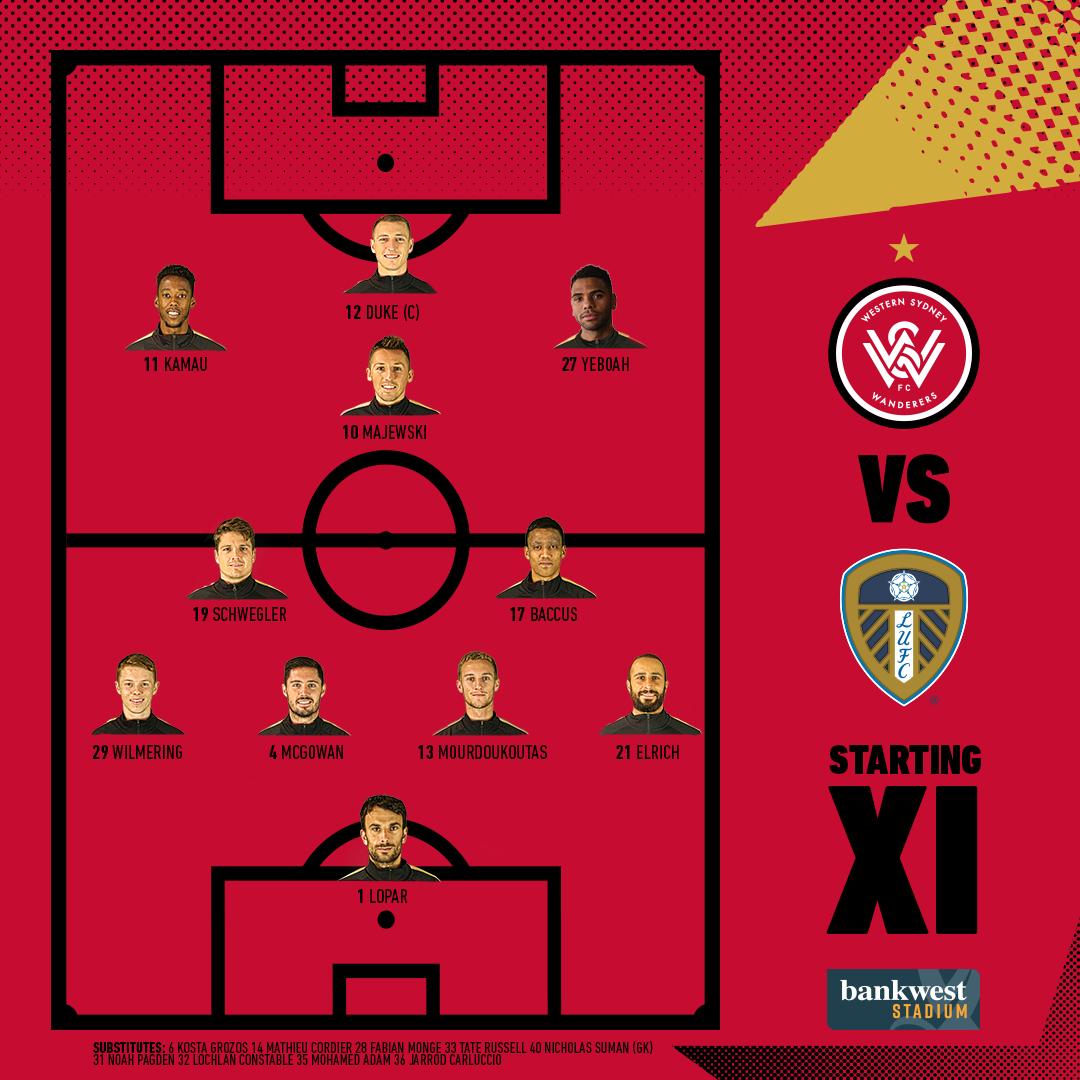 Only thing that puts me off is the fact that every time I've used LUTV the stream has dropped out frequently.
Top

They have a Yeboah playing for them...ominous
I wanted to flash this watch, I flash it all the time. It's my antique pocket watch and it makes me look British...and I need that for my analysis. It is a gorgeous gold pocket watch however and I'm very proud of it. You see my grandfather, on his death bed, ..sold me this watch!
Top

Bogusz in for Forshaw, other than that same as you were.
Top

Go get 'em Cat..put them to bed early.
Top

We signed Yeboah late last season. Aussie rep player at Junior levels who just returned from Germany playing for Borussia Monchengladbach. Also Mitch Duke has just returned from Korea. Throw in a few Europeans and lot's of Aussie youth. Hopefully we're competitive. biggest test for is is we are so far out from the start of our season.
Top

Genghers wrote: ↑Sat Jul 20, 2019 8:22 am Only thing that puts me off is the fact that every time I've used LUTV the stream has dropped out frequently.

Got nothing atm with 3 minutes to kick-off

Maybe it will start at kickoff?
Top

Is the match up yet ?
Top

Got it now Tom thanks