Good Morning. It's Wednesday 1th September, and here are the Leeds Utd headlines...


Moro opens up about his time at Leeds

Ex Leeds striker Steve Morison has been speaking to Phil Hay about his ill fated time at Leeds. It seems the the former Norwich hitman didn't even want to come to Leeds, but felt his hand was forced.


“I failed because of myself, not because of anyone else. I don’t need to tell you how much of a mess the club was, that’s a given, but I messed up. I made bad choices and I failed.

“I was trying to prove a point without having the body to prove it. I was fighting a mental battle to prove people wrong. Physically, I couldn’t do it.”

“Did I want to go to Leeds? No, I didn’t,” Morison said. “Ultimately my hand was forced.”

Darlow available on a free next Summer

Newcastle United are set to let goalkeeper Karl Darlow leave on a free transfer upon the expiry of his contract next summer, despite rejecting a substantial offer from Leeds earlier in the year. The 28yo shot stopper has been warming the bench for the Magpies this term in favour of Martin Dúbravka.

Darlow and fellow barcode Jonjo Shelvey were both reprimanded in the Summer after the pair had a street fight outside a late night take away at 3am. Apparently Shelvey took exception about being called a bald c**t. 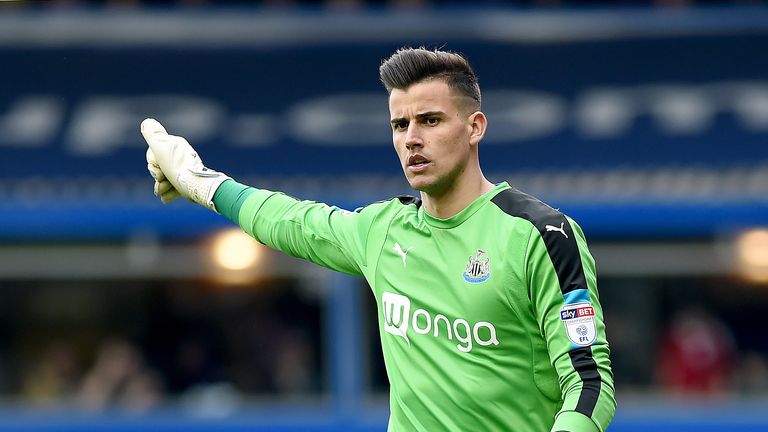 Leeds are to open contract talks with Stuart Dallas after the Northern Ireland International made it clear the he hopes to remain at Eland Road. What would you offer him?


A host of Championship clubs are vying for position to snap up Jack Clarke in the January transfer window. The 18yo winger scored the only goal of the game for England U20's against their Swiss counterparts earlier this week which will only enhance his chances of being noticed in the shop window.

Clarke has been unable to even find a place on the bench in recent weeks. Would you care if Clarke signed for a fellow Championship promotion rival in January?


TransferMarkt have have broken down the market value of every team in the Championship so far this season. What you you think of their valuations?

The Morrison move, with Becchio going the other way, was just one of a series of spectacularly bad moves we made back then. I'd take the current administration over anything we have had since Leslie Silver.

I don't understand this fixation with Darlow. Never seen him play, had never heard of him before we were linked with him. Happy with Kiko.

I'm a Stuart Dallas fan, always have been, but this is a difficult one. His performances this season, and his willingness to play anywhere and always put a shift in, should be rewarded but, with the best will in the world, he is not a Premiership player. If we get up, he would be surplus to requirements. As such, we shouldn't be offering him any longer than 2-3 years.

Jack will have to bide his time. He'll get his chance, through injury, loss of form or suspension. As such, I wouldn't want to see him go elsewhere.
"When the going gets weird, the weird get professional!" Hunter S Thompson
Top

I'm still struggling to see the fascination in Darlow, a keeper that hasn't made many first team appearances, I'm not a fan of Kiko but not sure if Darlow would be an improvement.

As soon as we signed Morison in exchange for Becchio, I realised Warnock had lost the plot, Morison's career had spirraled downwards, unfortunately after the transfer so did Becchio's. All the folk bemoaning the club now, ought to remember it was only a few short years ago we were in that state.

I think Dallas, with his ability to adapt to several positions and his professionalism should be given an extension, even at prem level he would be useful to the squad. a 3 year deal would be fair.
Like likes, the new tactic.

Squad value - a series of assumptions. What's it based on? Football Manager or whatever it's called!
We're going up like there is no gravity!
Top

Yes it's absolutely meaningless..but there are those that will hang their hat on it as gospel.
I wanted to flash this watch, I flash it all the time. It's my antique pocket watch and it makes me look British...and I need that for my analysis. It is a gorgeous gold pocket watch however and I'm very proud of it. You see my grandfather, on his death bed, ..sold me this watch!
Top

Helder Costa !3.5 million Eee by gum lad them there young lads are 'aving a larff
I had to work a life time down t'mill and I would only make 1% o' that sum.
Fancy centenary strips what are platinum gray... I remember when 't'lads
used to staple together friday's yorkshire evening post t'make their Saturday
football strip. by end of t'game what wie all t'shirt pulling you could end up
running balls nakid around the park. Tell t'young kids that nowadays and they would
say yer havering.

Football boots were a luxury we had t'use old mill clogs or gandad's ol' tackity pit boots
guaranteed tae draw blud if ye got scraped down the shin. The younguns these days
don't eat right wae awe this macrobiotic Vegan shite, where's the energy in awe that
rabbit food... bacon eggs and beans wur what we got stuck doon oor necks.

An drink don't get me started... if anybody turned up fur t'match sober then they were
letting the side doon. It wus a point o' honour tae be able to hawd yer sallow fur an
hour and a half withoot boaking it up, and if yer got a ref that wis sober then that took
awe the fun out o't'game.

Aie time hae changed since I played t'fitba. Noo they ur saying they ur gane tae be
building a training grun in the city center fur the disadvantaged weans wha cunnae
stump up the change tae get oot tae Thorpe Arch, Well let me tell yews that is no the way
to get guid fitba players, y've goat tae make it hard fur thum... no easy. That way ye wull
ken wha are committed or no... come tae hink o' it sum o' they City Cooncillers need tae be
committed fur the ideas that they cum up wae. Sound guid on paper, politically correct like, but
a'm telling yews then wis nawhing wrang wie jumpers fur goalpoats.

Tell the young yins that and they wid jist laugh the arse out o' thur fancy track suits.
Top

Those values are nonsense

We doubled our money on quite a few players we sold in the summer.

What fees would we acquire for the likes of Ayling, Cooper, Alioski, Klich, Dallas, Forshaw & Berardi now?
Top

Dallas should be offered a two year extension to his contract.

When we go up to the Prem he will be a good player to have around in our fight to stay up.

After how he stepped up in the playoffs last season and has hit the ground running in this one I think if he stays fit Ayling will have a job on his hands getting a game.

For me Dallas looks like a natural replacement for Cooper as skipper, he is a genuine big game player, unlike the rest of our back line ( White excluded)

Clarke. Spurs want him playing, so do we but currently he hasn’t shown enough to get selected.

I see him moving on in January , but by then we will be in the market for someone and that may allow us to bring in someone.
'We can wait for the next game with serenity'

Should be entertaining if you have nothing on tonight