Help support the site by using our Amazon Affiliate link when making any purchases from Amazon.
Post Reply
19 posts • Page 1 of 1 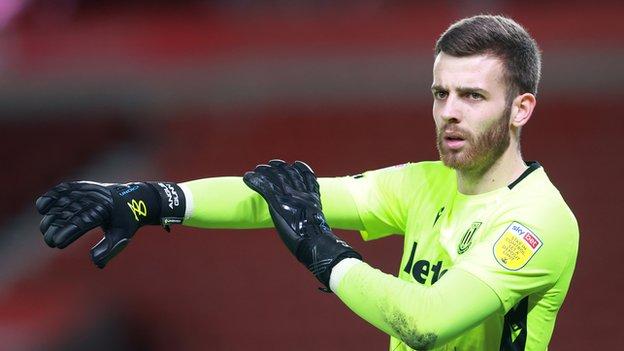 Good Morning. It's Monday 14th June, and here are the latest headlines from Elland Road...

Leeds are making a last ditch attempt to hijack the sale of Saints shot stopper Angus Gunn return to Carrow Road. He came through the academy at Norwich, though his association with the East Anglian club does not end there. His father Bryan spent 12 years, and 390 appearances for the Canaries!

Gunn signed for the south coast club in 2018, for 13.5m. In those three years, he has only made 22 appearances at St Marys. A fee of just £5m has been agreed between the two clubs (Saints and Norwich). Leeds first showed interest in Gunn in 2018, but their Championship status did not allow them to compete with Southampton.

Reports indicate that Leeds have made contact with the 25 year old regarding a move to West Yorkshire, but is their interest too late? What would a move for Gunn say about the future og Kiko Casilla? The report has upset many Leeds fans on social media, asking why they are messing around with signing another keeper, when they have far more pressing matters! Various media outlets report that Phillips dazzling display for the three Lions has caught the attention of Real Madrid. Phillips was one of the standout players for Gareth Southgate's team following their 1-0 win over Croatia. Should we be surprised? Phillips inclusion in a major European event like the Euro's, shows the York born midfielder must be in the elite zone, so why shouldn't the best teams in the World be interested in him? Former player, now pundit Jamie Redknapp described Phillips as being in a different class...

In a midfield that consisted of some pretty household names, this 25-year-old player from Leeds was different class, and he could become the unsung hero of this tournament. He was the boss. His passing, both short and long, was on point and he exuded comfort.


Interestingly, Southgate played the 25 year old more as an attacking midfielder, a similar role that Phillips occupied at Elland Road before Bielsa arrived! The Argentine moulded him into a defensive midfieder sitting in front of the defence!

Danny Mills believes Leeds do not have a leg to stand on following FIFA's decision that the Whites owe Leipzig 18m over the transfer of Jean Kevin Augustin...

It looks like they are going to have to spend some money after all. If that was the agreement and you don’t use the player, you can’t turn around and say: ‘Well, he wasn’t the player that we thought’. Surely it should be fairly cut and dry in terms of what the agreement was? It should be down on paper.

This is not two blokes meeting in a pub, in the Peacock across the road from Elland Road and saying: ‘Oh yeah, we’ll do a deal on this player’. Every ‘I’ will be dotted and every ‘T’ will be crossed. So I’m not sure where the argument is coming from. Let’s be honest, they are trying to get out of the deal. It was nobody’s fault that Covid happened and the season got protracted.

I'm in agreement with the fans on SM unless Kiko wants out and i can't see that, it would cost a bomb to pay him up wouldn't it? So what would be the point?

Funny enough i was winding a few mates up saying it will be Barca & Madrid coming knocking now for £150m. It was one game on the second biggest stage in football, but what a game. Kalvin's strength and power was there for all to see and he threw in a cracking assist for good measure.

Mills - Leeds do not have a leg to stand on over Augustin transfer.

I may be wrong but i thought it was a loan with the possibility of a transfer if we got promoted? I don't know how many minutes JKA contributed to our season but it wasn't many. In most retail outlets you get 30,60 days to return the goods.

The club should have done more due diligence instead of taking a gamble on a out of form unfit player and learned the lessons from the Brown transfer.
Top

Danny is just an Ex-Pert
A bumble bee under the laws of physics shouldnt be able to fly, but it does because no one has told it that it can't
Top

Would Gunn come to sit on the bench instead of Kiko, hope so

Kalvin through out his career at Leeds (Pre-Bielsa) was an attacking Midfielder and he's extremely fit so it shouldn't be a surprise that he can play that box to box role, he was the best player on the pitch yesterday so clubs are going to take notice but unless a club comes in offering absolutely silly money he ain't going anywhere.

Following on from Danny Mills expert punditry I've decided to give it a go so watch out for my expert, insightful comments coming soon such as:

I keep replaying that assist over and over, a truly world class display from our Kalvin. He wouldn't have looked out of place in any top, TOP side's midfield yesterday and though I've been unconvinced of Southgate's tactics lately I have to applaud him for putting faith in our lad and giving Kal the freedom to range forward. Rice did well covering his back and I get the impression the two players aren't in the least bit interested in the bizarre fan rivalry that's sprung up between them and seem to respect one another greatly. A far cry from the 'Golden' Generation days indeed.
Top

No idea why Gunn would sit on the bench at ER year in year out when he would be playing for Norwich....

Danny Mills - Click Bait Pundit, he's even got a badge made to wear on his shirt

Nothing more to say about Phillips, we see it week in week out so it's not news to us..
Cry Summerville and let slip the dogs of war

Amazing what these ex-footballers know

Ratscoot wrote: ↑Mon Jun 14, 2021 8:30 am
Kalvin through out his career at Leeds (Pre-Bielsa) was an attacking Midfielder and he's extremely fit so it shouldn't be a surprise that he can play that box to box role, he was the best player on the pitch yesterday so clubs are going to take notice but unless a club comes in offering absolutely silly money he ain't going anywhere.

It was a surprise to Jenas & co, they have no idea of our players prior to our PL campaign, clueless.

Kalvin can play in three positions, defensive or attacking midfielder & as a centre-back.

Would be interesting if Bielsa plays Kalvin as a No.8 at some point next season.
Top

Maybe that's the idea behind going after Harrison Reed? Maybe Bielsa turning Kal into a Prem-quality DM was just training him to become the ultimate no8?
Top

You do know the definition of expert don't you??

mothbanquet wrote: ↑Mon Jun 14, 2021 10:31 am Maybe that's the idea behind going after Harrison Reed? Maybe Bielsa turning Kal into a Prem-quality DM was just training him to become the ultimate no8?

Was highly rated once, his stock has plummeted and Stoke fans weren't impressed when he was on loan last season. I would like a decent backup to really push Mes, still feel its best if Kiko leaves and he is far to expensive for a backup goalie anyway. If its Gunn so be it.

Well ok thats it then, Danny Mills has spoken, pay up. In all seriousness we should pay up morally, of course we should and if we lose we should have no complaints. Using the pandemic to try and get out of this feels very wrong. But Danny Mills speaking as if he understandsthe complexities of the case is very funny.

Excellent yesterday, top class and now he is being spoken about in the press and linked to every club in the world. Fair play to Southgate to, it finally worked. That being said i wont get ahead of myself. Southgate used KP as an 8 before and it looked totally wrong and he looked totally lost. He was never that good as an 8 for us either, none of us were convinced by him or his all round game and there will be far tougher tests than a midfield trio whose best player is 36 in a few months. He made his name as a defensive midfielder, 1 match doesn't change that no matter how excellent he was.
Signed

If we have to pay for Augustin we own his rights too imo...
Cry Summerville and let slip the dogs of war

And no doubt all the media experts would be saying how it was Southgate who showed Bielsa that there was more to KP's game than just sitting!!!!
Marsching on Together
Top

we consented to his move to nantes as did leipzig i think, so he's definitely a nantes player

danhirons wrote: ↑Mon Jun 14, 2021 4:28 pm we consented to his move to nantes as did leipzig i think, so he's definitely a nantes player

But that was when we thought we weren't paying for him?
Cry Summerville and let slip the dogs of war

Mmm I'd say nantes would have wanted assurances from both sides that regardless of the outcome of proceedings he'll be their player. We would have know at that stage that there's a good chance of us having to pay for him since we're relying on a very minor technicality
Top
Post Reply
19 posts • Page 1 of 1