The #LUFC Breakfast Debate (Mon 11th May) Is it safe to resume football?

The #LUFC Breakfast Debate (Mon 11th May) Is it safe to resume football?

Good Morning. It's Monday 11th May, and here are the latest headlines from Elland Road...


Championship fixtures to be completed at own grounds

A leaked source from the EFL are claiming officials are planning for the Championship to be completed at the 24 clubs’ own grounds. If this were the case, five of Leeds remaining nine games would be played at Elland Road. Although every match would be played behind closed doors, what would stop Leeds fans descending on Elland Road en mass especially the promotion winning game that would see the Whites return to the top flight for the first time in sixteen years? We can guess what the punishment would be if that were to happen!

Prime Minister Boris Johnson’s has began to lift some of the lockdown restrictions, including allowing unlimited outdoor activity and we are expecting to hear about the restart of elite sport in the next 24 hours. All 20 Premier League teams will be meeting today to try and iron out a return to action. With the Premier League insisting on the remaining games be played at neutral grounds, this will infuriate the top tier clubs towards the drop zone who are insisting they should be able to play their remaining matches at their home venue. 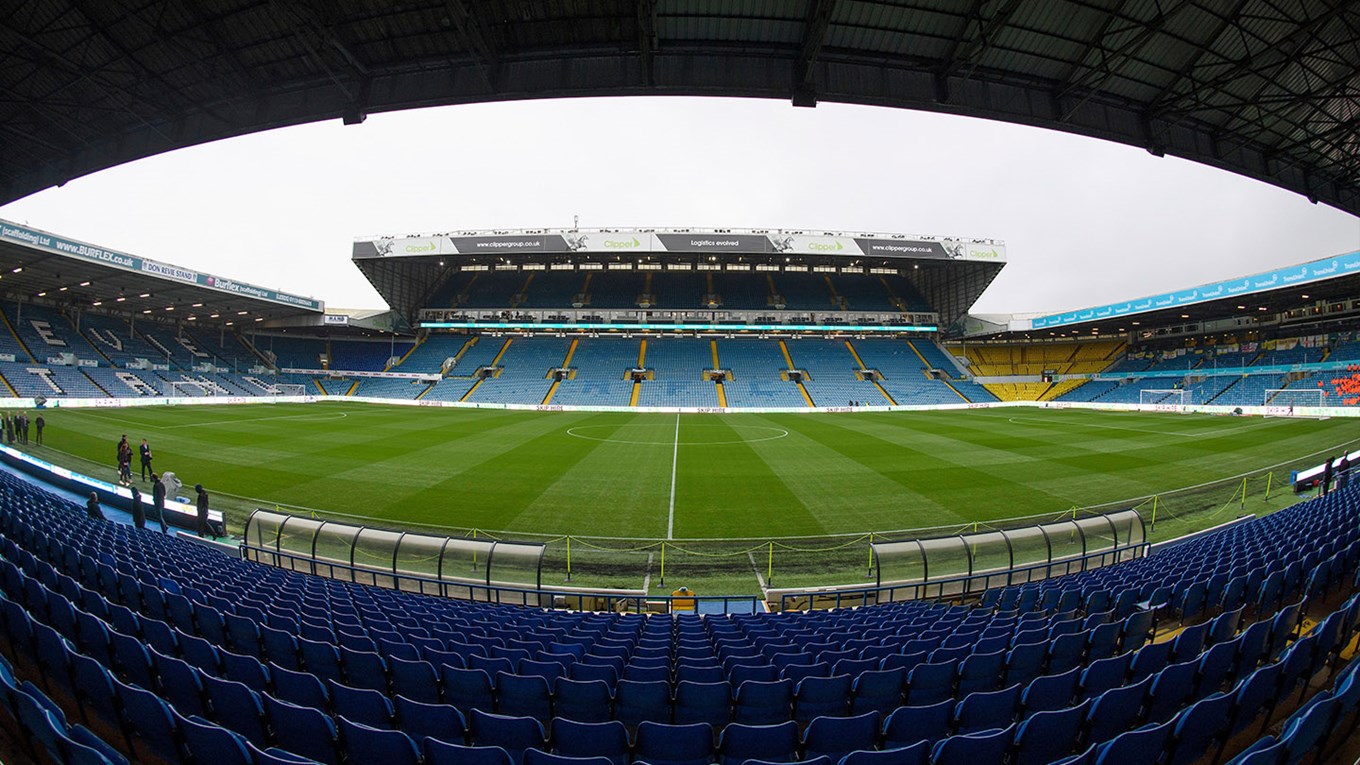 Is Points per game the fairest way?

Should the EFL fail in their bid to complete the remaining Championships fixtures,the most likely way promotion would be calculated would be on a points per game basis. This is worked out by the average number of points each side has picked up both home and away and applying the points to the remaining games left.

Although as a last resort, this seems the fairest way, it is still within the rights of fellow Championship clubs to issue an injunction, and temporarily disrupt promotion. It would however to virtually impossible for another club to insist they deserve promotion more than the top two.

These are unprecedented times; there are no right or wrong answers - we have never been in this situation before! If the season were to recommence, would the restrictions take away some of the enjoyment out of the game?

I’d prefer that the games are completed as long as it’s safe to do so, if not then the PPG is probably the fairest solution but then I would say that as we go up as champions

If the PPG is used it must be used across all the leagues for both promotion and relegation if that’s put forward I’m putting money on how quickly the likes of Brighton and West Ham suddenly go very quiet and are willing to accept whatever ruling the Leagues bring in
A bumble bee under the laws of physics shouldnt be able to fly, but it does because no one has told it that it can't
Top

3. Which snooker player is nicknamed The Rocket?

4. Which team did Michael Jordan spend the majority of his basketball career with?

5. Who was the last British man to win a Men’s single tennis Grand Slam title before Andy Murray in 2012?

6. Where was Mo Farah born?

7. In which sport do teams compete to win the Stanley Cup?

8. What is Muhammad Ali’s real name?

9. Welsh boxer Joe Calzaghe famously finished his career unbeaten, how many fights did he have?

10. What is Floyd Mayweather’s boxing nickname?

11. Who is England’s top wicket taker in Test match cricket?

12. What is the highest individual score in a Test match innings?

13. How many F1 World Championships has Lewis Hamilton won?

15. Who is the current golf Open champion?

16. How many balls are on a snooker table at the start of a frame, including the white?

17. Where is the next Ryder Cup due to take place in the USA?

18. In which city does the World Snooker Championship take place?

19. What colours are the five Olympic rings?

20. How many tennis Grand Slam titles has Andy Murray won?


21. Which year was the Premier League founded?

22. Who holds the record for most consecutive Premier League appearances (310)?

24. Who was manager of Manchester City when they first won the Premier League?

26. Which Dutch player was voted 'European Player of the Century' in 1999?

33. Which player has made the most Premier League appearances?

34. When did Liverpool last win the league?

35. How many clubs did David Beckham play for during his career?

37. Which was the last team from outside the top division to win the FA Cup?

38. Which nation won the first European Championship (Euros) in 1960?

39. Who has won the Champions League most as manager? Pep Guardiola or Jose Mourinho?

40. When did England last fail to qualify for a major tournament?


41. Which Welshman won the Six Nations player of the tournament in 2012?

43. Who scored a joint record eight tries in New Zealand's progress to the 2015 World Cup final, including two hat-tricks?

45. How many times has France been a losing World Cup finalist?

46. Which country joined the Five Nations in 2000 to make it the Six Nations?

49. Which Scot is the Lions’ all-time top points scorer?

50. In which English city did Japan beat South Africa at the 2015 Rugby World Cup?
Top

I don't really see too big an issue in playing grounds at the stadium. Someone stood outside the stadium on a normal matchday can feel and hear the atmosphere, standing outside a ground that is empty you wouldn't get that and unless you were listening to it or watching it on radio, phone etc you wouldn't even know if a goal was scored. More likely is that small groups of fans would meet up at someone's house to watch the match together. Obviously the concern would be the final match or two where you could have fans wanting to celebrate and come together but put simply if fans do that then they only have themselves to blame if they get the virus. However the majority of matches wouldn't really see the need for fans to congregate as it would really be only the final match of a team who had won the title or got promoted so really that would be Liverpool and potentially 3 or 4 matches in the championship. As such for those matches maybe extra care is taken and cordons set up. I doubt it would be that 40,000 fans would all suddenly turn up probably at most a few hundred.
Senor El Weasel
Top

BCD football isn't sport ..full stop. No point starting the season till you can fill the grounds again. Whenever that will be
Honey dipped flim flam
Top

faaip wrote: ↑Mon May 11, 2020 3:55 pm BCD football isn't sport ..full stop. No point starting the season till you can fill the grounds again. Whenever that will be

Then cancel the season. We might get a couple of interesting games to start but with no motivation for most players it'll become teams just going through the motions. It'l be like watching the Eurovision song contest for great music.
Honey dipped flim flam
Top
Post Reply
8 posts • Page 1 of 1

2020 Album Of The Year
Angus Kinnear speaks out...
Wayne Rooney weighing in on philosophy !...
Buy & Sell...
The #LUFC Breakfast Debate (Monday 18th January)...
How much would you pay for Rodrigo De Paul?