Help support the site by using our Amazon Affiliate link when making any purchases from Amazon.
Post Reply
167 posts


Leeds United will complete their tour of Australia as they take on Crystal Palace at the Optus Stadium as part of Perth's Festival of International Football on Friday 22nd July. The game will kick off at 6.05pm local time, meaning a morning kick off of 11.05am back in the UK. The Optus Stadium was opened in early 2018 and can hold a capacity crowd of just over 60,000. It will be a venue to Leeds United fans as it was the location of their 4-0 defeat to Manchester United during pre-season back in 2019. This game will be shown globally on both club's streaming services, LUTV and Palace TV+. In Australia the match will be televised on 10 Bold and streamed for free on 10 Play.

Leeds come into the game having beaten Brisbane Roar 2-1 before losing 1-0 to Aston Villa over the weekend. Palace meanwhile lost to Liverpool 2-0 in Singapore before falling 3-1 to Manchester United in Melbourne on Tuesday. The two sides will be desperate to build some pre-season momentum with a win as they eye what could be challenging campaigns in the Premier League. Dan James has been one of the standout players so far for Leedsduring preseason, scoring one and setting up the other against Brisbane Roar. The summer signings have also shown glimpses of what they can bring to the team. Marc Roca could potentially be a great buy at only £10 million, whilst Rasmus Kristensen is already headed to being a fan favourite. 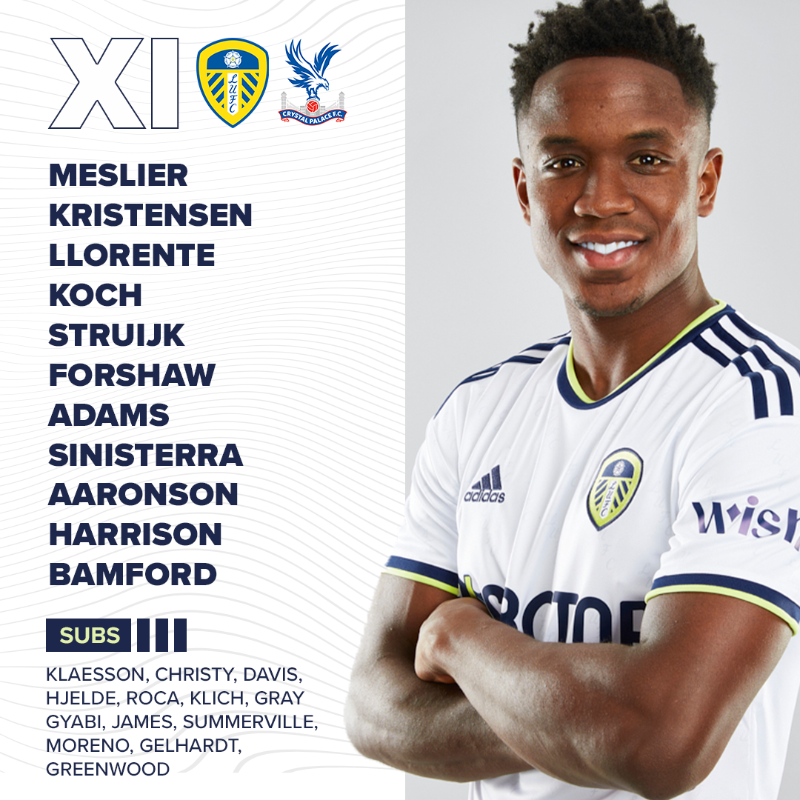 Leeds will line up with Meslier in goal, with Kristensen, Llorente, Koch and Struijk making up the back four. The starting midfield will consist of Forshaw, Adams, Sinisterra, Aaronson and Harrison with Patrick Bamford up front. Expect plenty of changes in the second half from a young looking bench with the added experience of Roca, Klich and Rodrigo.

The major concern for Leeds following the Aston Villa game was Archie Gray, the youngster was stretchered off after a robust challenge from John McGinn during the 1-0 defeat. Fans feared the 16 year old may have suffered a broken ankle or at least a bad strain but Marsch revealed Gray trained on his own on Wednesday and he could be some capacity on Friday, starting on the bench. Cody Drameh is unavailable as he has been struggling with a hamstring issue.

Palace's preseason tour has seen them playing without the likes of Wilfried Zaha and Christian Benteke, who were among several key players left behind in the UK. French attacker Odsonne Edouard was left on the bench during the club's most recent match against Man United and may be poised to feature more prominently on Friday.

Stream the game live on 10 Play via NordVPN with our dicounted rate...

I don't recall using those images/review in my opening post

Not long until the announcements of the starting line-ups now.

I’d like Sinisterra to start in an otherwise strong line up rather than thrown on with two or three other subs, less pressure on him to perform too,
Top

Edited.
Just noticed the team sheet at the start of this thread. I should have checked 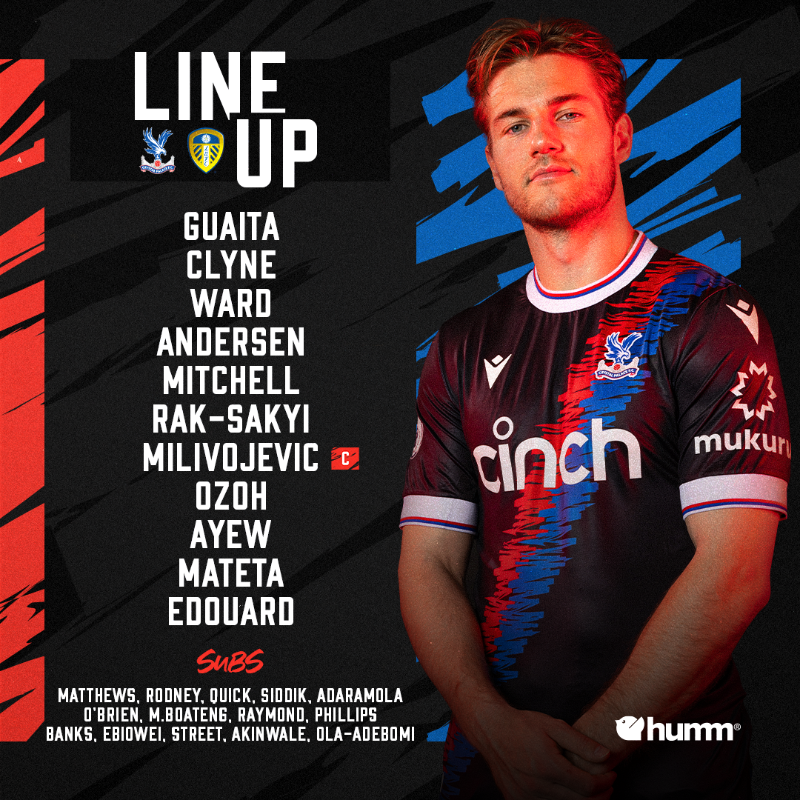 You'd think that's nearly our best 11 ,except Roca for Forshaw and maybe Joffy.
looking forward to seeing what Sinisterra can do.
Top


Available on https://10play.com.au/live/bold too
Top

Madron wrote: ↑Fri Jul 22, 2022 9:26 am You'd think that's nearly our best 11 ,except Roca for Forshaw and maybe Joffy.
looking forward to seeing what Sinisterra can do.


Pretty near to, Roca got to be a starter after his performances and obviously Coops missing. Bamford still doesn't look it so Joffy may get the edge against Wolves.
Top

YorkshireSquare wrote: ↑Fri Jul 22, 2022 9:28 am Pretty near to, Roca got to be a starter after his performances and obviously Coops missing. Bamford still doesn't look it so Joffy may get the edge against Wolves.

Yes Jesse has seen how impressive Roco has been.
Top

In theory we should easily beat a weakened Palace side
Top

It scares me how much Forshaw is involved. He's far too slow for the PL.
Top

Yet we loaned out CC with no recall clause
Top