Help support the site by using our Amazon Affiliate link when making any purchases from Amazon.
Post Reply
49 posts 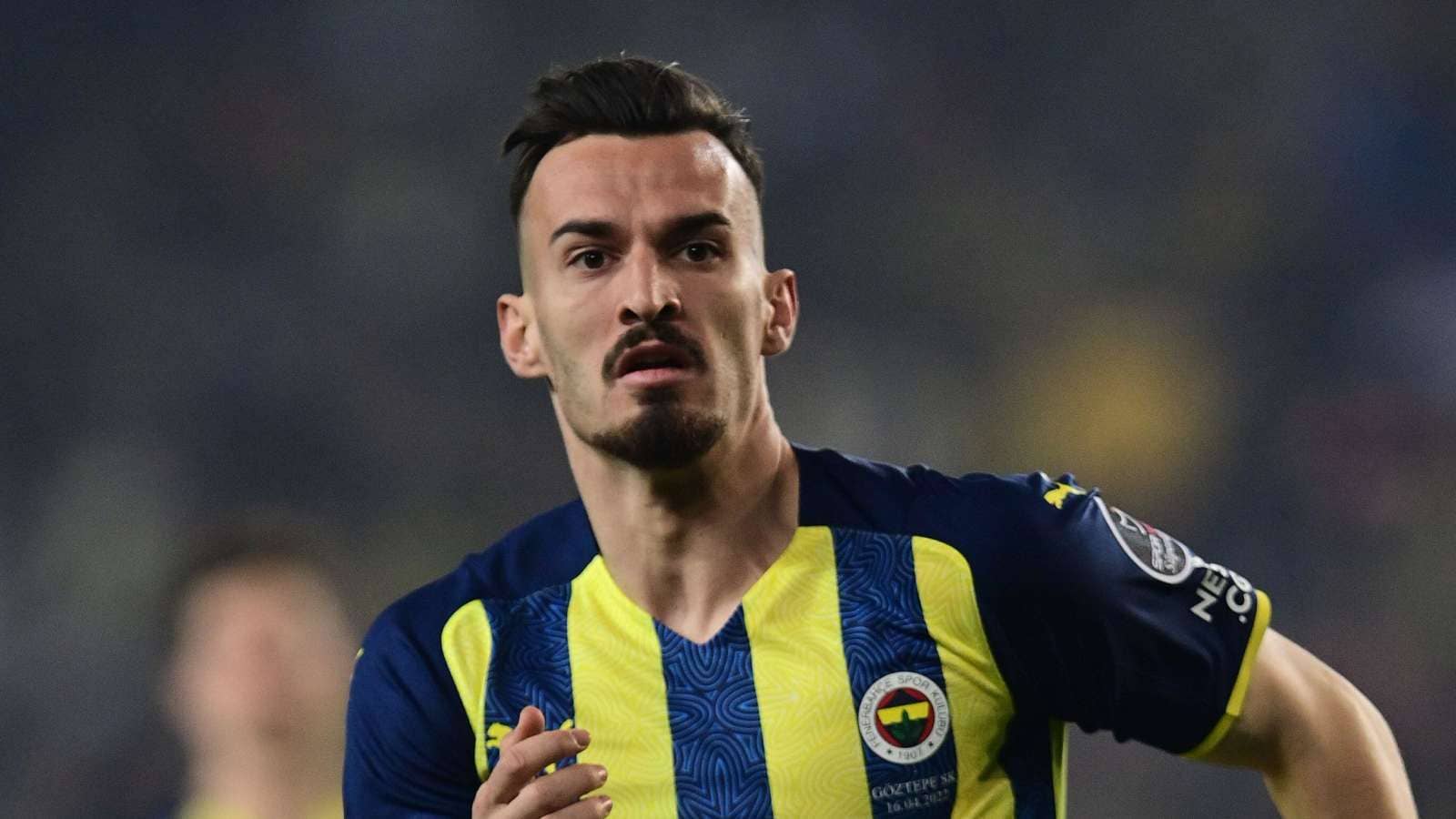 Good Morning. It's Monday 25th July, and here are the latest headlines from Elland Road…

Leeds have made a €2million (£1.7m) offer for Fenerbahce striker Mergim Berisha according to SPOR journalist Omer Celikbasli. The Whites only have two recognised goalscorers on their books (Bamford and Gelhardt), and whilst they continue in their quest for a top marquee signing, Marsch see's Berisha as a reliable squad player.

The 24 yo played under Marsch at RB Salzburg, and as such knows his capabilities. He scored 22 goals and 13 assists from 56 appearances for the Austrian outfit. Stuttgart and Mainz are also interested in the German-born striker, but are also unwilling to meet Fenerbahce's valuation of €5m (£4.3m). 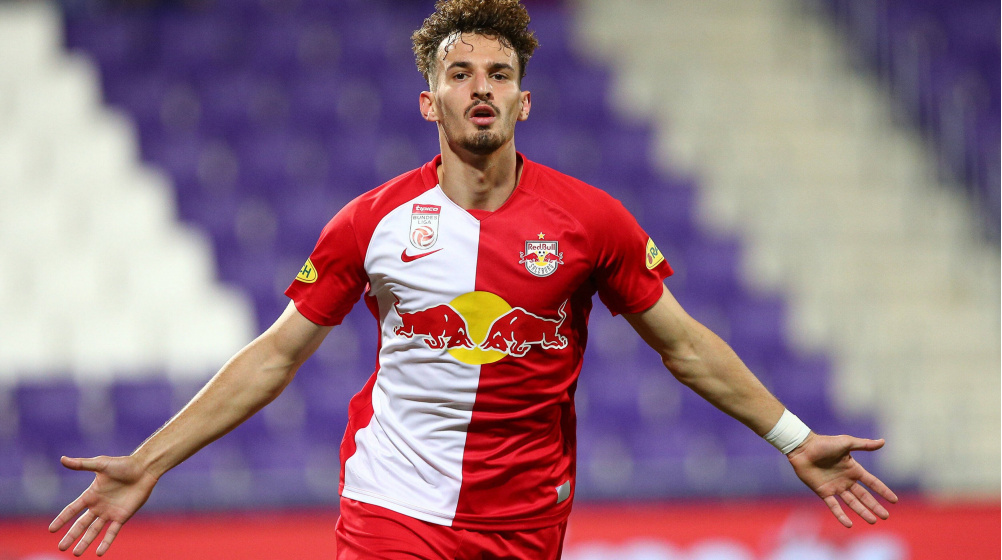 Arnaud Kalimuendo may join Leeds on loan for the forthcoming season, with an option to buy, if successful. The 20yo marksman has been heavily linked with a move all Summer, but there seems to be a reluctance by Victor Orta to get the deal concluded. Obviously, Kalimuendo has talent in abundance, but is he ready for the Premier League? With Bamford still not fully fit, Leeds need someone who can hit the ground running, a big responsibility for someone so young! It is believed, should the loan move be successful, Leeds will pay PSG the £21m they are asking. 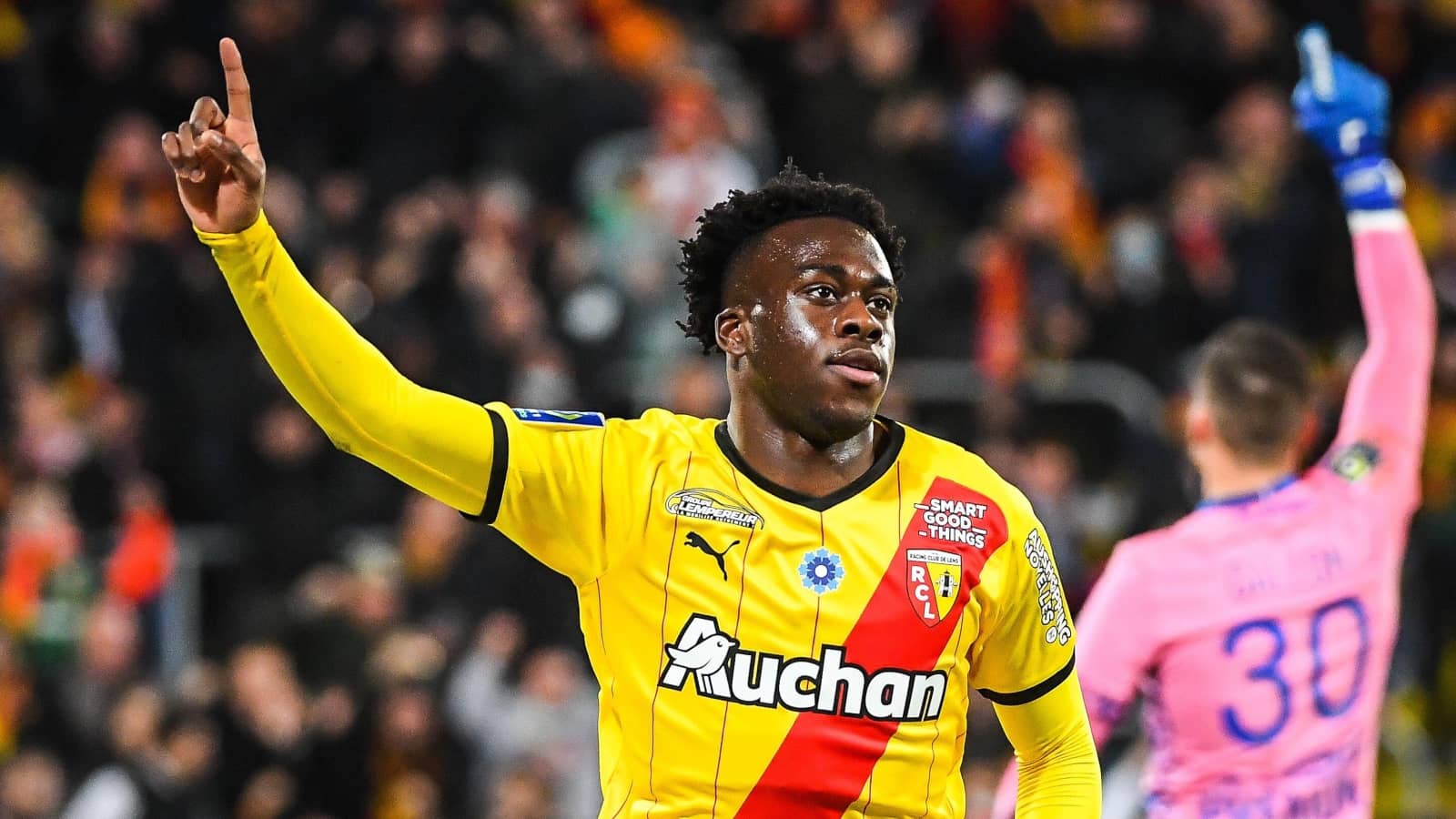 Leeds fans have heavily criticised the Elland Road hierarchy for taking part in the recent Pre-season tour of Australia. Luis Sinisterra and Adam Forshaw's respective injuries could see the duo miss the season's opener against Wolves, and many on social media are blaming the bumpy uneven pitches, the squad have had to play and train on, in the last two weeks.

With less than a fortnight until the season kicks off, Leeds have a number of players either not fully fit, or are nursing niggles following their trip down under. Although better than this time last year, the squad have a lot of work to do before the season begins. 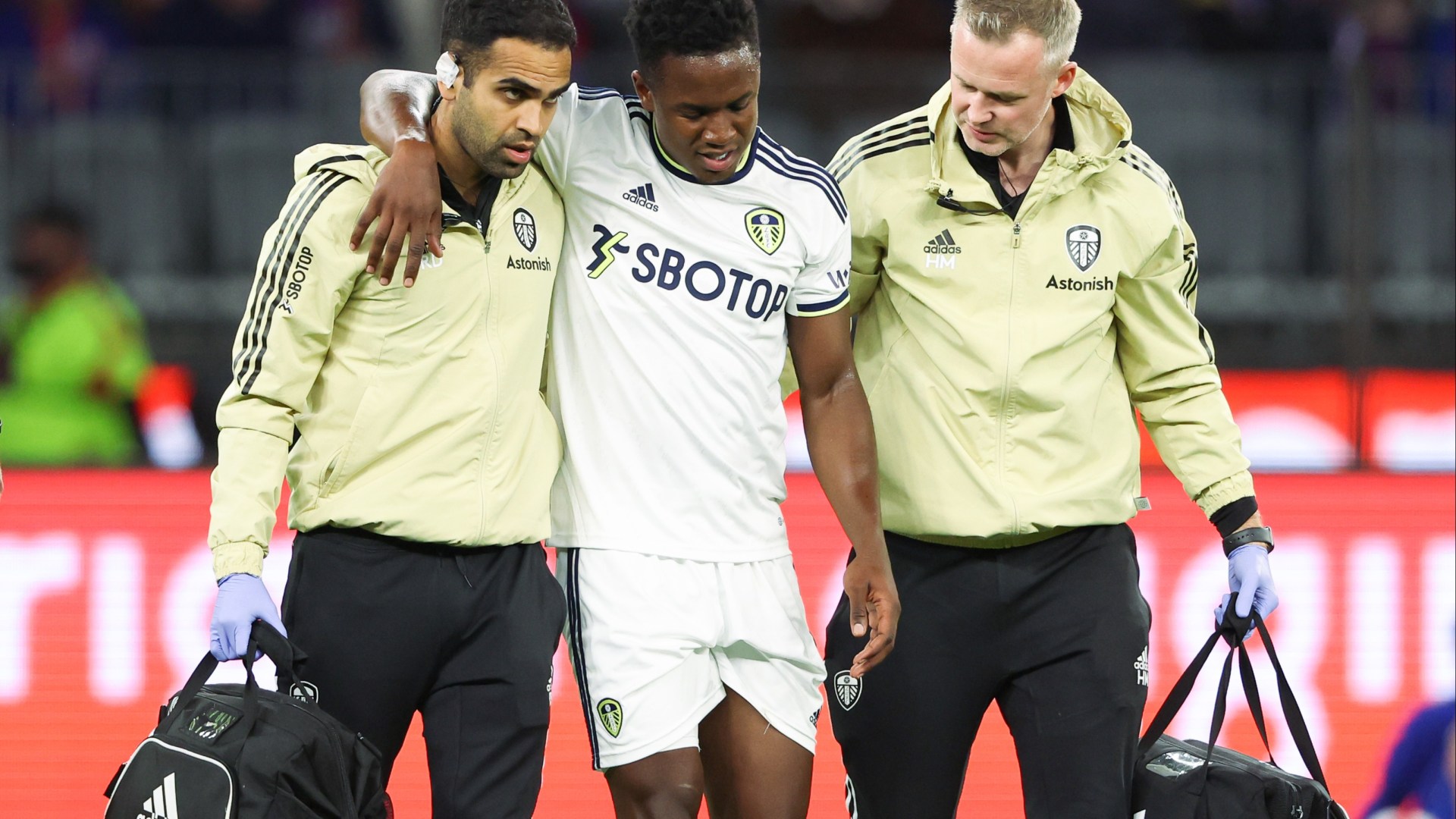 Joe Gelhardt is set to sign a new five-year contract at Elland Road, increasing his present salary by 56%. The 20yo made twenty appearances for the Whites last season, mainly as a substitute. During his 780 minutes of game time, he scored twice, and created two assists. Currently, Joffy earns £16,000 a week, but by putting pen to paper, he can guarantee himself £25,000 a week. 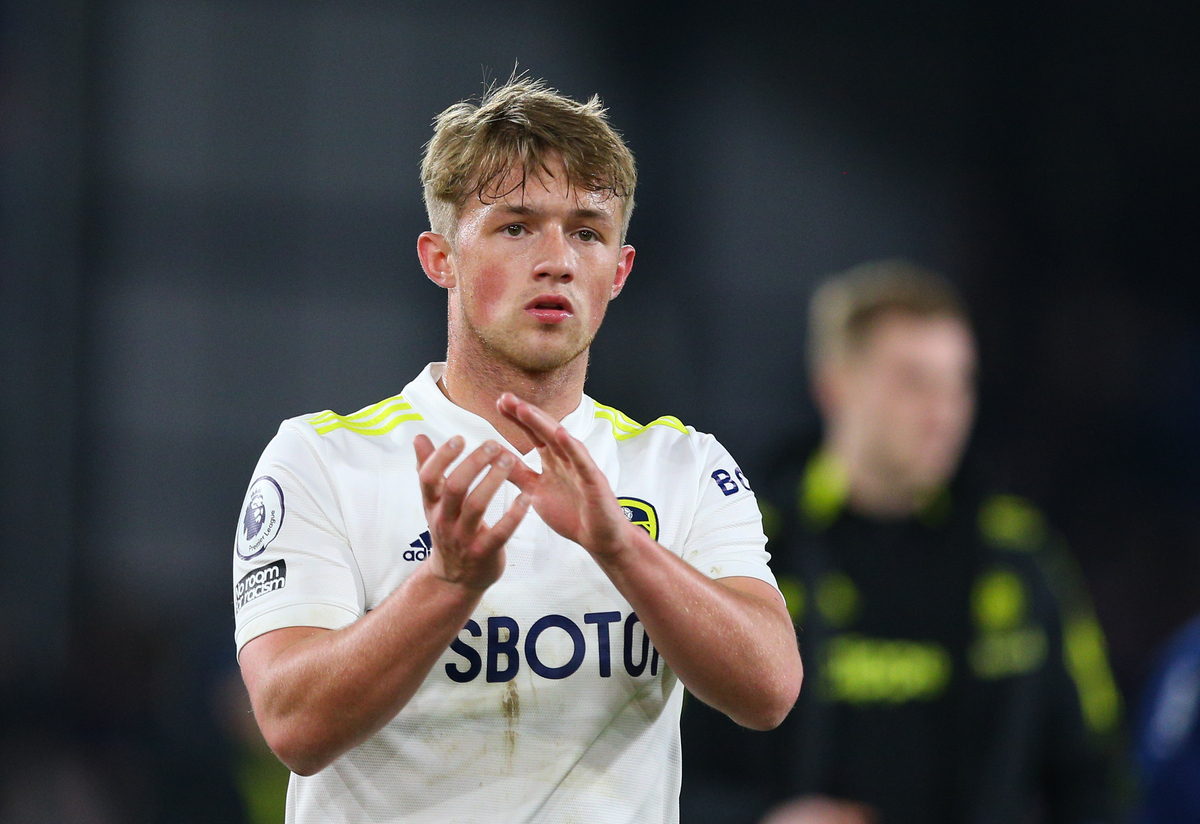 Never heard of the German lad. But at that price we may find the right balance re Bamford, Joffy and Rod.

Never keen on overseas tours but lets face it most of our injuries came from Thorp Arch!

Loan deals are only good if there is an option to buy.
'We can wait for the next game with serenity' Marcelo Bielsa

The striker situation really needs sorting, whoever it is, will hardly be ready for the Wolves game.

Perhaps we could swap him for Haaland.
'We can wait for the next game with serenity' Marcelo Bielsa

The tour was a joke from the start, but Radz' back pocket takes precedent over everything else.

A loan option for Kalimuendo is a great idea, not obligations as we've been stung by Costa and JKA before.
Top

1964white wrote: ↑Mon Jul 25, 2022 8:55 am Joffy signed up for five years at least ensures we'll acquire a half decent fee for him when we sell Gelhardt on the cheap in a year's time

A loan option for Kalimuendo is a great idea, not obligations as we've been stung by Costa and JKA before.

To be fair, all the Premier League clubs are playing in America, Australia or out in the back of beyond.
Top

Morning all.
Sounds to me, we are once again struggling to get in a CF, flaming hopeless, still hoping for the kettle fella has left us wanting badly, LB also a massive massive concern for me, I do feel we'll struggle in the whole this season like last, hope I'm totally wrong, but the signs aren't encouraging.
Yep, we have new faces, but, it's certain departments we are missing, up front for me, where are the goals coming from and who will provide, just looks lightweight, then down the left flank getting carved open !!
The Aussie tour is purely for financial reasons I reckon, putting us again on the Aussie map, next season will be America for sure, just to appease the 49ers.
What ever happened to Europe where we can all go !
Keep Fighting
Top

Do you not want Leeds to ever be competitive with the richer teams? The only ways to do that are

Going to places like Australia enables us to raise the profile ensuring the brand is more popular ensuring more non matchday income.
Marsching on Together
Top

Going to places like Australia enables us to raise the profile ensuring the brand is more popular ensuring more non matchday income.

May the Lord forgive you, we found another way in Bert.
A self-confessed lover of Bigots, Walts, Otters and Dandelions.
Young Kennyboy

Going to places like Australia enables us to raise the profile ensuring the brand is more popular ensuring more non matchday income.

Another RB player...why don't we just go all in and rename the club to Red Bull Leeds, playing at the Red Bull stadium at Elland Road?
Top

In the next few weeks we're gonna find out if the clown and his sidekick have been buying just anybodies or somebodies.
A self-confessed lover of Bigots, Walts, Otters and Dandelions.
Young Kennyboy

Unless we become mega-rich Swannie, we have to accept the buy cheap sell high option, is the way forward of us remaining in the Premier League.

We are a big club, but small fry compared to the top six PL clubs.
Top

joffy on 16k a week already going up to 25k?! where do they get these numbers from?!

he's still on the contract he signed when he joined and was relatively unknown, definitely won't have been 16k a week!
Top

May the Lord forgive you, we found another way in Bert.

I think even Bielsa would have wanted us to increase the revenue to enable us to bring in better players for him to take us higher and higher - or even simply to make the small squad a small squad with more quality so he wasn't having to rely on the Tyler Roberts, Adam Forshaws etc when his preferred options were injured.

As shown last year when the lumps of coal that Bielsa had polished into diamonds weren't available the other lumps of coal weren't good enough.
Marsching on Together
Top

I have a funny feeling that's why Klopp and Pep regularly/continually rinse their squad of players, take Mane and now Firmino, served their purpose and teams are getting to know them, so cash in whilst you can and freshen up the faces.

Real pity Bert just didn't have the funds necessary and a clown out shopping for him, 4 years working with garbage and polishing turds, i bet he's actually glad to be back in Argentina and must be saying to the wife ' how the hell did i ever let that clown talk me into that job'
A self-confessed lover of Bigots, Walts, Otters and Dandelions.
Young Kennyboy